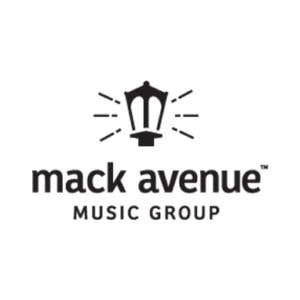 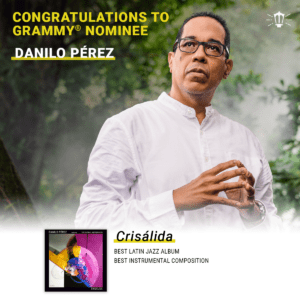 “I envision Crisálida as a protected space where we all come together, whether we’re addressing immigration issues, climate change, environmental justice, science, interconnecting different art forms. We need to work together to build our new crisálida, which, to me, is the emotional, mental and physical state of protection in our early development.” – Danilo Pérez 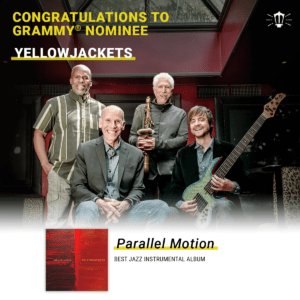 “Parallel Motion represents the commitment to stay together and keep moving forward. It’s really about this four-cornered square that functions no matter what. With each record, all four of us are on the hunt for new ways to put the notes together. The music keeps growing. The focus is this band. A clear, identifiable sound. Four equal parts.” — Bob Mintzer 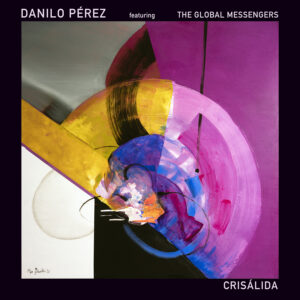 Pianist, composer, humanitarian and activist Danilo Pérez believes that a united global perspective for the arts and social justice are the keys to moving humanity forward in harmony. With Crisálida, Pérez has convened his Global Messengers — several gifted Berklee Global Jazz Institute graduates mentored by Danilo hailing from Palestine, Greece and Jordan — to contribute their respective cultural learnings and personal experiences with the goal of building community through music, without borders.

“Together on Parallel Motion, they demonstrate remarkable agility, chemistry, and border-line telepathy.” 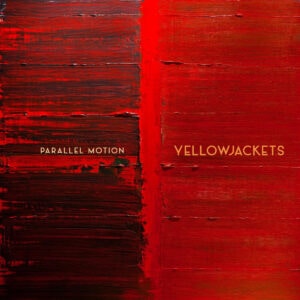 Parallel Motion is a true testament to the longevity and resilience of a band who debuted over 40 years ago. Consistently reinventing themselves through elevated instrumentation in their signature electro-acoustic soundscape, the current lineup consisting of Bob Mintzer (tenor & soprano saxophone/EWI), Russell Ferrante (piano/keyboards),
Will Kennedy (drums, keyboards) and Dane Alderson (electric bass, MIDI Sequencing) showcases a collective at their prime. This album features nine new original compositions and guest vocalist Jean Baylor (4x GRAMMY® Award Nominee of the Baylor Project and R&B duo Zhané) on “If You Believe.”
For media inquiries, please contact:
DL Media · 610-420-8470
Don Lucoff · don@dlmediamusic.com
Information and press materials (including album covers, promotional photos
and bios) on all DL Media artists can be found at our website: dlmediamusic.com
For press materials on Mack Avenue Music Group’s artists or its family of imprints
(including album covers, promotional photos and logos), please visit media.mackavenue.com
MACK AVENUE · the road to great music · mackavenue.com
###