Blast Off to the Seven Spheres with Cameron Graves on Friday, July 15

Blast Off to the Seven Spheres with Cameron Graves

“…the music was a bombastic kind of post-Chick Corea fusion, with two-fisted, hooky melodies providing a launch pad for epic solos.” — DownBeat

“It was like a cross between the fusion of Return to Forever and the intricate progressive metal of Meshuggah.” — DownBeat

“This is music meant to be played at wall-rattling volume.” — DownBeat

Cameron Graves (a.k.a. The Planetary Prince) released his live digital album Live from the Seven Spheres on April 8 (Artistry Music/Mack Avenue Music Group), which reconvened his core quartet, featuring guitarist Colin Cook, bassist Max Gerl and drummer Mike Mitchell. With 2017’s Planetary Prince and 2021’s Seven, pianist/composer Cameron Graves established himself as a visionary creative force. Live from the Seven Spheres received a 4.5-star review in DownBeat. The band premieres the full concert of music from the album on YouTube at 2 p.m. PT/5 p.m. ET on Friday, July 15.
With 2017’s Planetary Prince and 2021’s Seven, Graves established himself as a visionary creative force emerging from the Los Angeles genre-defying collective The West Coast Get Down. Listening closely to these critically acclaimed juggernauts of hardcore precision exposes a musical alchemy influenced as much by 1970s jazz-rock fusion and classical music as it is by the likes of Pantera, Slipknot and Meshuggah. For his next journey, Live from the Seven Spheres, Graves expands on the otherworldly inspirations, reimagining songs from both of his studio albums to present an unapologetic powerhouse that grabs on and refuses to let go.
Live from the Seven Spheres reconvenes his core quartet featuring guitarist Colin Cook, bassist Max Gerland drummer Mike Mitchell. “This is the third chapter in the trinity,” Graves explains. “There’s always a seven and there’s always a trinity. In all the galaxies in the universe, everything operates off the trinity of Thought, Love and Action. Planetary Prince was Thought. Seven was Love. Live from the Seven Spheres is Action – showing the universe our power.”
Staying true to his creative vision, Graves’ plans for the material on Seven and Planetary Prince are now fully being realized. “When I conceived the music for the last two albums, I envisioned performing these in varying formats in the future to achieve new heights. When you play these songs on solo piano, they sound just like a contemporary classical song, like Debussy or Ravel,” he says. “But when you play them with this band as a quartet, it turns into a massive explosion.”
As you listen to the album it is clear that this music is deeply ingrained within the souls of the individual band members, with each instrument representing an unstoppable force of nature that ebbs and flows with the cosmic energy of the universe. Inner wisdom, self-awareness, intuition and mysticism are at the forefront of every note played and every rhythm set forth. As the completion of Graves’ musical trilogy, Live from the Seven Spheres invokes the spirituality of those numerical constants that are inextricably connected to the laws of our universe.
About Cameron Graves:
Cameron Graves, like the rest of the West Coast Get Down, saw his profile explode following the 2015 release of Kamasi Washington’s debut, The Epic. Since then, the collective has seen its members carve out their own critically acclaimed identities, through their own bands, releases and tours.
Graves was also a key member of actress/musician Jada Pinkett Smith’s nu-metal band, Wicked Wisdom, providing him an entrée into the world of film and television scoring through the Pinkett Smith-directed film The Human Contract and TV series Hawthorne. Through his soundtrack work, Graves connected with legendary bassist and fellow label mate, Stanley Clarke, and is now a member of his latest band, touring internationally. Graves wrote several songs and performed on Stanley’s latest release, The Message, and has performed internationally with The Stanley Clarke Band. Graves has also performed and recorded on albums for Kamasi Washington, Thundercat, Dr. Dre and Miles Mosley, and is the pianist on the soundtrack to Becoming, the Michelle Obama documentary. Most recently, Graves appeared with Washington for their debut late-night television performance on The Tonight Show Starring Jimmy Fallon. 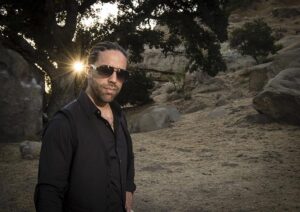