AVAILABLE NOW ON ALL PLATFORMS 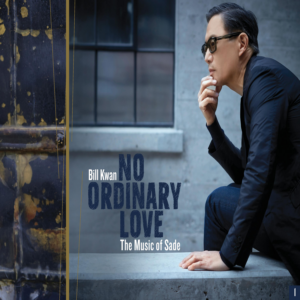 This is no ordinary jazz album. It’s not just that San Francisco vocalist Bill Kwan delves deeply into the songbook of one of the 20th century’s most popular female singers. No Ordinary Love: The Music of Sade captures an artist boldly redefining himself. Collaborating closely with a brilliant cast of New York players, he brings a confidently sensuous male sensibility to material defined by the Nigerian-born superstar, whose cool, understated style and regal persona has largely kept other artists from interpreting her songs.

Bill Kwan | No Ordinary Love: The Music of Sade