on a Lifetime of Encounters with Jazz Icons

from Miles and Monk to Herbie and McCoy

“On his new album, ‘Reflections,’ Foster tips his hat to [Miles Davis, Sonny Rollins, Joe Henderson and McCoy Tyner] even as he asserts his ability to inspire such first-rate players as the saxophonist Chris Potter and the trumpeter Nicholas Payton, who both join the leader at this newly revived uptown venue to toast the record’s release.” — The New Yorker

“Foster has had an amazingly diverse career, but this focus on acoustic jazz and its giants shows just how much he loves the sound that inspired him to play music in the first place.”  — The Big Takeover 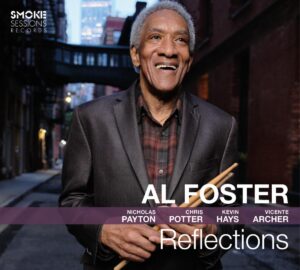