COMING THIS FRIDAY via Jazz Is Dead 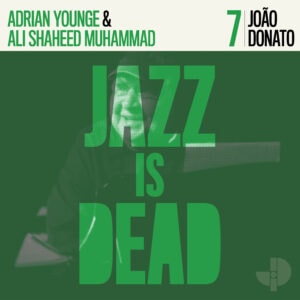 “Has the day unfolded without a smile landing on you? Then follow the road to a João Donato song, you are sure to find one there,” says Muhammad. “João, one of the founding fathers of bossa nova has opened his magical melodious spirit to us here at Jazz Is Dead. Together we found beleza na música