Unite as WRD to Present The Hit 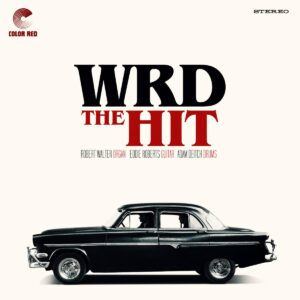 WRD, the dynamic, gritty organ trio borne from the brain of The New Mastersounds’ guitarist/bandleader and Color Red record label founder, Eddie Roberts is set to release its debut LP The Hit on April 30th. The group, which features nimble guitarist Roberts, staccato drummer Adam Deitch and elegiac organist Robert Walter, brims with talent and prior successes between them. The Hit boasts the bullish energy of three seasoned bandleaders in one standout sonic boom and is also the brainchild of many long nights at the New Orleans Jazz Festival contemplating new creative possibilities.

On these occasions, the trio would plot and plan to one day get together and play, to make music that would shake the world as well as continue a lineage of music. While the band’s members are all front-people in their own projects, they are also able to sublimate their more natural dispositions toward spearheading projects in order to gel and comport themselves as three voices on an equal playing field. Walter, who plays keys prominently in The Greyboy Allstars, brings a flair for both nostalgia and levity in his music. Deitch, who drums in the funky band, Lettuce, snaps, and kicks on the kit. All while Roberts, who shreds in the band, The New Mastersounds, offers his gravely, sprinting solos to the mix.

“Our birthdays are all within a week of each other,” says Roberts “So, it’s a bit of a joke that we’re three Tauruses. We’re all band leaders, we’ve all got similar characters. We knew there’d be no getting ‘dragged along.’ We’re three people pushing, which is really integral for an organ trio. There’s no room for passengers.”

WRD first got together in earnest after a small handful of one-off performances such as Bear Creek Music Festival. Their first session was in 2018 at Color Red Studios in Denver, CO. In that time, the music exploded out of them like a volcanic eruption. The songs were hot and in that lone day, the members were able to lay down four excellent tracks. About a year later, the trio got together again at Color Red in 2019 and laid down another seven songs in a single session. Produced by Roberts, in total, the organ trio’s debut LP came from essentially just two days of work. That’s the insignia of excellent chemistry. Many of the songs came in one “quick and dirty” take. Hence the title: The Hit.

“I loved recording so quickly and simply. We played all in the same room without headphones and kept first takes of most songs. Sometimes when recording there is such a strive for perfection that all of the energy and life from the music disappears, we tried not to let that happen here. Working so quickly captures the immediacy and honest interactions of the players,” remarks Walter on the process.

The Hit is a lean and mean album that really lets Roberts, Deitch, and Walter run wild in the freeing format of the trio. Songs like “Corner Pocket” and “Bobby’s Boogaloo” are nice backdoor funk cuts that get to the groove quick and easy, simple yet refreshing executions of traditional sounds and principles. A song like “Judy” underscores the strengths of each player, from the potency of Eddie’s exquisitely refined funk, Walter’s melodic awareness and tonal superiority, and the steadfast support, response, and flash of Deitch’s rhythm. Where the album seems to be more than the sum of its parts are on tracks like the heated soul trance of “Meditation” or the fiery “Sleep Depraved” where it everyone is pushing their instruments to their highest degree, leaning into the musical idea and vibing off the synergistic power of the moment. 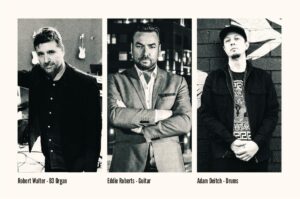 The Hit is quite the experience and WRD is full of power, grace, and taste that can only be found at the highest levels of the music scene today. Walter, Roberts, and Deitch are a formidable musical team that are well-versed in the stylings and potential of the organ trio and inspired to reach for greater, more complex heights in the company of respected peers. The members of WRD raise the bar for each other and in doing so they elevate the quality of themselves, the music, the format, and its ever-evolving history.