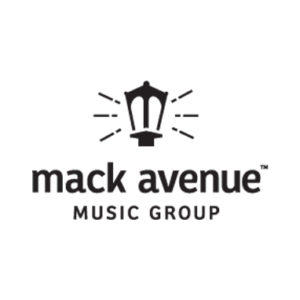 Live Performance from the Most Venerated Jazz Club

in America, Which Gave Rise to the Band in ’07

Live at the Village Vanguard,

“The Shade of the Cedar Tree” Released Today

Inside Straight Tour Dates Announced Below 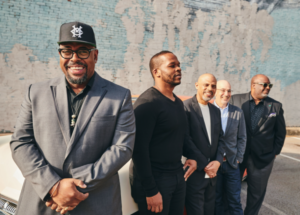 Released today, “The Shade of the Cedar Tree” is an original composition off his 1995 debut album, Gettin’ to It (Verve).

“I originally wrote this song in honor of one of my favorite composers and musicians of all time, the late, great Cedar Walton. I’ve been quite flattered that this song has been played and recorded by many other artists like Eric Reed and Diego Rivera, to name a few. But when Cedar himself said he liked the song and asked for the sheet music, that was the ultimate honor,” says McBride while reflecting on the new live recording with Inside Straight.

Listen to “The Shade of the Cedar Tree”

Christian McBride & Inside Straight Live at the Village Vanguard is Christian McBride’s twelfth release with Mack Avenue Music Group. This recording can be thought of as a companion to the GRAMMY® Award-winning Christian McBride Trio Live at the Village Vanguard album released in 2015. Inside Straight is the quintet that inaugurated McBride’s collaboration with Mack Avenue Records (releasing Kind of Brown in 2009). Both live recordings of the bassist leading these two ensembles occurred in a consecutive two-week period in December of 2014 – a rare engagement offered to only the most venerated jazz artists by the most venerated jazz club in America.

There is no doubt that McBride is one of the most versatile musicians on the scene today. His artistry has been documented in recordings and performances with the widest possible range of musicians in the most varied settings and genres one might imagine. His collaborations have been as diverse as duets with the revered classical bassist Edgar Meyer and avant-garde composer and violinist Laurie Anderson; performances with iconic artists like Sting and James Brown; ensembles with his fellow native Philadelphian, Ahmir “?uestlove” Thompson, of The Roots; not to mention a host of jazz masters from Sonny Rollins and Freddie Hubbard to Pat Metheny and the late Chick Corea.

It was in fact this nomadic journey that provided the inspiration for McBride to return to leading a more conventional straight ahead acoustic jazz ensemble. So, in 2007 McBride recruited his former bandmate in Freddie Hubbard’s group, drummer Carl Allen, saxophonist Steve Wilson, pianist Eric Reed (who subsequently was replaced by Peter Martin) and an amazing young musical prodigy who had enrolled in McBride’s summer camp program Jazz at Aspen, Colorado, vibraphonist Warren Wolf. They played one week at the Village Vanguard with the intention of each musician returning to his other respective projects at the end of that engagement. But the entire week sold out. The proprietor of the Vanguard, Lorraine Gordon, who had very high standards and a reputation for not being easy to please, was ecstatic. Legendary A&R executive Bruce Lundvall, who had come down to hear the band after attending a Ron Carter concert at Carnegie Hall, sat down with McBride after the set and in discussion with the bassist reaffirmed that this ensemble was something special. Some six months later, McBride signed with Mack Avenue Records.

Although the Inside Straight band has made two prior studio recordings for Mack Avenue Records, Kind of Brown and People Music, the band has not, until now, released a live recording – the milieu in which this ensemble was originally created. Represented herein are compositions by three of the five band members. The album opens with a rip-roaring performance of Warren Wolf’s soulful tune “Sweet Bread” and later in the set includes his vibraphone feature “Gang Gang.” Alto and soprano saxophonist Steve Wilson contributes a paean to Maya Angelou. The remainder of the compositions are McBride’s; two of which similarly celebrate the work of jazz greats James Williams and Cedar Walton and provide fertile ground for the aforementioned accomplished pianist Peter Martin. The other two McBride tunes, “Fair Hope Theme” and “Stick and Move,” showcase the quintet engaged in powerfully deep swing with the rapidly shifting rhythmic and harmonic phrasing that kept audiences at the Village Vanguard on the edge of their seats.

Christian McBride & Inside Straight · Live at the Village Vanguard

For press materials on Christian McBride, Mack Avenue Music Group’s artists or its family of imprints