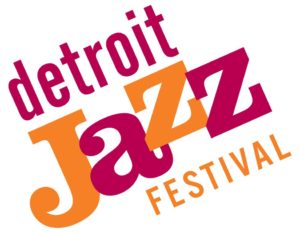 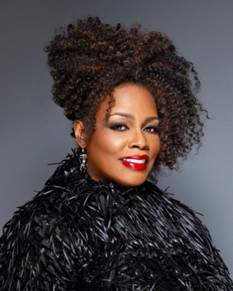 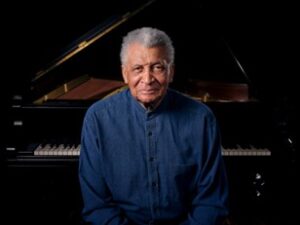 The Detroit Jazz Festival presented by Rocket Mortgage, the world’s largest (and best) free jazz festival in the world, tonight announced its lineup for Labor Day weekend during a livestream preview event that included a live performance from the 2022 Artist-in-Residence Chucho Valdés. The Festival is expected to be back live, in-person in downtown Detroit.

The Festival lineup announcement also coincided with International Jazz Day, a global celebration to raise awareness about the virtues of jazz as an educational tool, peace, unity, dialogue and enhanced cooperation among people.

“It’s extremely befitting we announce the 2022 Festival lineup on what is considered a global day of unity in the jazz community,” said Chris Collins, president and artistic director, Detroit Jazz Festival Foundation. “As we look forward to pivoting back to an in-person format, this year’s lineup reflects our renewed mission to feature legacy artists, propagate and nurture the next generation of jazz performers and audiences, and showcase the diverse tapestry of jazz in one festival.”

“We are proud to present the Detroit Jazz Festival, a marquee event that celebrates jazz’s rich history in our hometown of Detroit,” said Laura Grannemann, the Vice President of the Rocket Community Fund. “This event is more than a festival, it’s a community that comes together to celebrate music, our city and each other.”

Here’s a partial listing of this year’s Festival lineup:

The full Festival schedule will be available as the event nears. 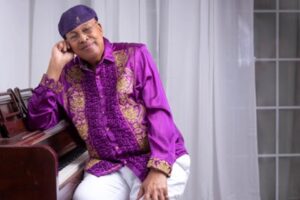 Also returning this year is “Detroit Jazz Fest LIVE!” now available for FREE through the Festival’s website at live.detroitjazzfest.org. Festival attendees and out-of-towners unable to make it to the Festival can livestream performances from all four stages, all four days via their smartphone, tablet or desktop. Additionally, the livestreaming services features select performances throughout the year from the Foundation’s year-round initiatives, Festival schedules, maps and more.

The Detroit Jazz Festival will be held on Sept. 2 – 5.

“There is no better place in the world for jazz than Labor Day weekend in Detroit,” said Gretchen Valade, chair of the Detroit Jazz Festival Foundation Board of Directors. “We’re truly excited for another great jazz festival and welcome our guests from around the world to our beautiful city.”

About the Detroit Jazz Festival Foundation

Under the leadership of President and Artistic Director Chris Collins, the Detroit Jazz Festival Foundation is an independent, non-profit organization that presents jazz and educational workshops throughout the year. The Foundation produces the Detroit Jazz Festival, which is the signature event for the Foundation and the largest free jazz festival in the world. The Festival is also a major tourist attraction for the City of Detroit, with 26 percent of its audience coming from out of state. For more information, visit detroitjazzfest.org.

The Foundation receives grant funding from the Kresge Foundation, Fred A. and Barbara M. Erb Family Foundation, National Endowment for the Arts, Michigan Council for Arts and Cultural Affairs, Arts Midwest, D’Addario Foundation and Carolyn Wanzo and the Purify Wanzo CTAA Endowment at Wayne State University. Hundreds of individuals also contribute to the Festival through membership and donations.

Quicken Loans moved its headquarters to downtown Detroit in 2010. Today, Quicken Loans and the Rock Family of Companies employs more than 19,000 full-time team members in Detroit’s urban core. The company generates loan production from web centers located in Detroit, Cleveland and Phoenix and operates a centralized loan processing facility in Detroit. Quicken Loans ranked highest in the country for customer satisfaction for primary mortgage origination by J.D. Power for the past 10 consecutive years, 2010 – 2019, and also ranked highest in the country for customer satisfaction among all mortgage servicers the past six consecutive years, 2014 – 2019.

Quicken Loans was once again named to FORTUNE magazine’s “100 Best Companies to Work For” list in 2019 and has been included in the magazine’s top 1/3rd of companies named to the list for the past 16 consecutive years. In addition, Essence Magazine named Quicken Loans “#1 Place to Work in the Country for African Americans.”

For more information on the Detroit Jazz Festival, please visit: