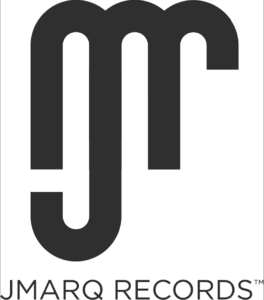 Third Album, On the Way to Be Free

Available May 13 on JMarq Records 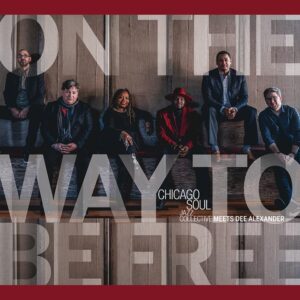 The name of this band tells you what you need to know about its purpose and history. Chicago, where Louis Armstrong moved to make his first records, is also the birthplace of gospel music, which gave rise to its secular cousin, soul; and few cities grooved harder to the post-bop soul-jazz revolution of the 1950s and ‘60s than Chicago. Decades later, here comes the Chicago Soul Jazz Collective, co-led by saxophonist John Fournier and trumpeter Marques Carroll, doubling down on this storied jazz idiom and hitting pay dirt for a new century.

For their CSJC’s third album, On the Way to Be Free, the group raises the ante by inviting Dee Alexander to join in. Chicago’s grand dame of jazz vocals (as well as a syndicated broadcaster), the internationally acclaimed Alexander elevates every project she undertakes. She’s a shape-shifter who ranges far and wide, from her groundbreaking work with Chicago’s famed AACM, to her own strikingly original compositions, to her celebrations of the music’s great divas, such as Ella Fitzgerald, Dinah Washington, and Billie Holiday (as on Alexander’s guest appearance with the Metropolitan Jazz Octet on its 2019 album, It’s Too Hot for Words). And as she proves here, she can sass and strut with the best. Just listen as she levitates the bandstand on the fiery protest “The Man Is Coming Back,” and then she settles into the soulful ballad “So Alive” and drapes it in all the plummy finery it deserves.

The CSJC repertoire effortlessly captures the early funk of such pioneers as Horace Silver and Cannonball Adderley, but also encompasses rhythm-and-blues, classic ‘60s soul, and even neo soul, which Alexander also handles with experiential aplomb. All but one of the new album’s nine tracks were written by Fournier, whose songwriting has evolved to include evocative lyrics and memorable narratives – without abandoning the irresistible swagger that characterized the soul jazz heyday, neatly encompassed in “Behind the Crusaders.” (The title nods to one of the idiom’s most popular bands).

Fournier’s compositions are imbued with the fight for freedom and a search for solace, in music that remains hopeful and uplifting. On the hard-grooving “Mama Are We There Yet,” he paints resistance in vibrant colors and rollicking rhythms, and “On the Way to Be Free,” he posits the open ocean as the ultimate oasis, sheltered by “the wind and the waves and the boat and the sails.” In “Carry Me,” Fournier uses just a handful of words to capture the universal longing for spiritual sanctuary, and in “Sweet Things,” he promises to provide a shield against evil and harm. On the one non-Fournier composition, “Crazy Wrong,” penned by CSJC guitarist and vocalist Larry Brown, Jr., the whole band croons the chorus in a classic R&B tale of forbidden temptation.

The well-traveled Brown brings a versatile sophistication to his guitar work, whether driving home a pure jazz solo or scratching out percussive accents; his sound dovetails with the textures and propulsive fills from Krakow-born Amr Fahmy, a 20-year veteran of the Chicago scene, on electric keyboards and organ. Behind them, the spring-loaded beats of drummer (and minister) Keith Brooks II, combined with the booming pulse from bassist Andrew Vogt, keep the band deep in the pocket.

Out front are two impressive veterans of the Midwest music scene. Fournier, a big-toned jazz-and-blues tenor, brings a no-nonsense approach that has earned him a solid reputation as a first-call sideman for touring headliners; he also composes extensively for such theater companies as Steppenwolf and Second City, and has a Joseph Jefferson Award (the “Chicago Tony Award”) to show for it. St. Louis native Carroll, a more recent addition to Chicago, attracted excellent reviews for his 2021 debut album, The Ancestors’ Call; initially influenced by Clark Terry, he regularly subs into the Count Basie Orchestra when needed, and maintains a strong profile in jazz education as well.

The CSJC took shape in 2017 when Fournier and Carroll, booked on a session with Chicago alt-country hero Robbie Fulks, began talking about their shared tactic for coping with difficult times: listening to the soul jazz LPs that proliferated in the hard-bop era. From that first discussion came the Collective, whose debut album, Soulophone (2018), covered vintage hits by Ramsey Lewis, Lee Morgan, and Jimmy Smith among others. The band followed that up in 2020 with It Takes a Spark to Start a Fire, building on their foundation with a set of their own compositions and featuring guest turns by Nicholas Payton and vocal star Raul Midón.

With On the Way to Be Free, the CSJC takes another giant step, showcasing the irresistible force named Dee Alexander on a program of evocative, top-notch compositions – an album that slots them firmly in the here and now without losing sight of their stylistic ancestry.

Chicago Soul Jazz Collective | On the Way to Be Free