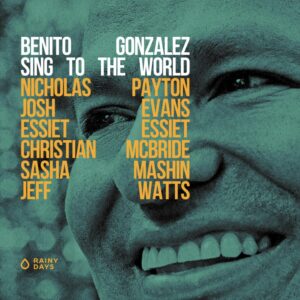 In addition to his slow-to-upbeat originals, Gonzalez adds to the set list two compositions that have never been recorded by their composers: Roy Hargrove’s soulful “Father”and Jeff “Tain” Watt’s beauty “412.” Benito singles out ”Father” as one of his favorite songs on the album. “It’s about my personal relationship to Roy. In 2006, we attended jam sessions every Thursday night. He sat down at the piano one night and taught me the changes to this song. We played it often, but he never recorded it” he says.