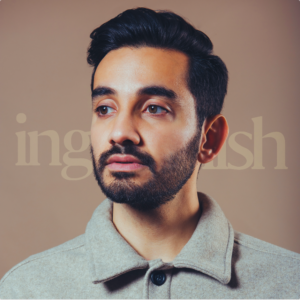 New York-based guitarist, composer, and producer Shubh Saran has independently released his second full-length album and fourth overall release, inglish. After releasing his last EP titled Becoming in late 2019, Saran toured briefly in the United States and India, and upon returning to the U.S. was faced with what became the beginning of the Covid-19 lockdown. During this time, Saran quickly began writing and recording demos for what would ultimately transform into inglish. The new album explores new musical territory, as Saran incorporates predominant Indian and Middle Eastern instruments for the first time, while expanding the use of modular synthesizers in the momentous arrangements.