Dubbed “The Grace Jones of Jazz” by Gilles Peterson, 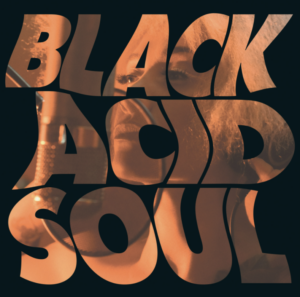 Why you wanna fly Blackbird / you ain’t ever gonna fly” 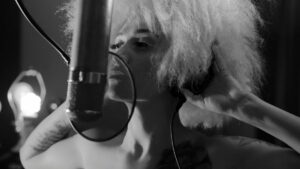 Rounding out the album are two killer cuts written by Lady Blackbird and Seefried, “Fix It” and “Five Feet Tall.” The former is an elegant piano ballad that was inspired by the Bill Evans classic instrumental “Peace Piece”. The Evans Estate granted Lady Blackbird and Seefried co authorship on a song that sounds like a Great American Songbook standard sung by a woman on the side of the angels. Her ability to nail the song in the studio in minimal takes was clearly something to behold.

“And because ‘Blackbird’ is a great start to the album, because it gets dark and violent and goes somewhere spiritual, we wanted to tail the album with another expression of acid soul. So that became the title track at the end.”

Watch the Video for “It’s Not That Easy”

her name is Lady Blackbird…

“I find her mesmerizing. She blew me away.” – Anne Litt, KCRW