Till Brönner is Germany’s leading jazz trumpeter. While he is known for his outstanding virtuosity, he is also referred to as a ‘German Chet Baker’. Brönner studied jazz trumpet at the College of Music, Cologne. Among his prominent teachers are Prof. Malte Burba and the American jazz trumpeter Bobby Shew. His first album, Generations of Jazz, with Ray Brown, Jeff Hamilton, Frank Chastenier and Grégoire Peters, was released in 1993. Immediately it won the ‘Preis der deutschen Schallplattenkritik’ (German Records Criticism Award). From then on he played with international greats such as Dave Brubeck, Tony Bennett, Mark Murphy, James Moody, Monty Alexander, Nils Landgren as well as Klaus Doldinger and Joe Sample.

Brönner also composed and produced the album 17 Millimeter for Hildegard Knef in 1999, and he wrote soundtracks for documentaries like ‘Jazz Seen’ about the jazz and fashion photographer William Claxton or ‘Höllentour’ by Pepe Danquart. Further, he produced two highly praised albums of the American jazz singer Mark Murphy. This album also led to much international interest in his work. Among Brönner’s eighteen studio albums eleven are released on the legendary Universal-Label ‘Verve’. His CDs which are mostly recorded in Los Angeles have repeatedly reached gold status. His current album, The Good Life, was released on SONY in September 2016.

In 2009 Brönner contributed all trumpet parts to the cult CD Touch Yello by the famous Suisse electronic music duo ‘Yello’. In the same year Brönner was appointed professor at the College of Music Carl Maria von Weber in Dresden. Together with Prof. Malte Burba he has been teaching jazz trumpet in Dresden since winter semester 2009/10.

Recorded at the former Ocean Way Studios in LA, the very same place that Sinatra recorded “My Way”, The Good Life revisits a selection of standards, all of which have made history through their vocal interpretations. Brönner’s aim throughout was to create a specific atmosphere—a sunnier, more lighthearted groove; easygoing but thoughtful, gentle but never superficial. The album includes new arrangements of works made famous by Frank Sinatra (‘In The Wee Small Hours of the Morning’), Billie Holiday

(‘I’ll Be Seeing You’), and Nat King Cole (“Sweet Lorraine”). Brönner has produced many of his own albums, but on this occasion he made the conscious decision to hand over the reins to legendary Dutch producer, Ruud Jacobs. As Brönner likes to put it, “constantly looking at your own reflection can get a bit wearing after a while.”

Since recording his first album in 1994, Generations of Jazz, Brönner has steered his career through a series of different phases, including making a name for himself as a producer through his work with artists such as Hildegard Knef and Thomas Quasthoff, as well as, very significantly, discovering his own singing voice. Up until now Brönner has been seen as a trumpeter who occasionally sang and now he will demonstrate his new found talent across an entire album of popular jazz hits – including two originals.

Till Brönner can rightly be regarded as Germany’s most successful jazz musician, but his fame has spread far beyond the National and even the European scene. This year he was invited to participate at International Jazz Day at the White House, playing alongside such legends as Ray Brown, Dave Brubeck and James Moody. Brönner has always walked his own path, evoking thought and finding ways in which to challenge the greater jazz community as a whole. He continues to push those preconceived notions of what a jazz musician should be, showcasing his clear vision and determination throughout his longstanding career.

Till Brönner · The Good Life 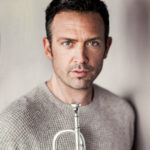 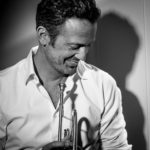 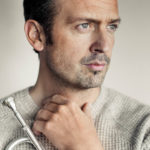