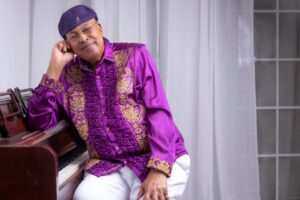 “We’re extremely excited to partner with Qwest TV to further our mission of free jazz and commitment to presenting diverse performances to a global audience,” said Chris Collins, president and artistic director, Detroit Jazz Festival Foundation. “We look forward to showcasing to the world what makes the Detroit Jazz Festival, featuring the amazing artistry of our artists and the boundless energy from our patrons, an exceptional jazz experience.”

Under the partnership, Qwest TV will livestream to a worldwide audience the Sept. 2 opening night concerts from its Jazz & Beyond channel and SVOD platform (here). Qwest TV is available on the Internet, mobile phones, tablets, and other connected devices, see how to watch the livestream here.

“Last year’s Detroit Jazz Festival was an absolute killer, and this time will be no different! I’m honored to announce that, yet again, my beloved Qwest TV will be the broadcast partner to one of the most beautiful festivals in the world, right in the home of Motown,” says co-founder Jones.

“Grab a seat on September 2nd and hear The Soul Rebels as well as Chucho Valdés performing The Creation, a show retracing the emergence of Yoruba culture in the Caribbean alongside Hilario Duràn, John Beasley, and the Yoruban Orchestra. It’ll be an extraordinary summation of an extraordinary career, and I hope to have you join us!”

Qwest TV is a celebration of unique talents, traditions, and rhythms. With more than a thousand experiences to offer, the video streaming service strives to be the world’s home for jazz, soul, funk, classical, electronic and global music, from India to Africa and everywhere in between. Co-founded and curated by Jones and a series of legends and music lovers, the channel preserves the richness of history while reflecting the present-day beauty and reality of culturally and racially diverse people.

Also returning this year is “Detroit Jazz Fest LIVE!” now available for FREE through the Festival’s website at live.detroitjazzfest.org. Festival attendees and out-of-towners unable to make it to the Festival can livestream performances from all four stages, all four days via their smartphone, tablet or desktop. Additionally, the livestreaming services features select performances throughout the year from the Foundation’s year-round initiatives, Festival schedules, maps and more.

The Detroit Jazz Festival will be held on Sept. 2 – 5.

About the Detroit Jazz Festival Foundation

Under the leadership of President and Artistic Director Chris Collins, the Detroit Jazz Festival Foundation is an independent, non-profit organization that presents jazz and educational workshops throughout the year. The Foundation produces the Detroit Jazz Festival, which is the signature event for the Foundation and the largest free jazz festival in the world. The Festival is also a major tourist attraction for the City of Detroit, with 26 percent of its audience coming from out of state. For more information, visit detroitjazzfest.org.

The Foundation receives grant funding from the Kresge Foundation, Fred A. and Barbara M. Erb Family Foundation, National Endowment for the Arts, Michigan Council for Arts and Cultural Affairs, Arts Midwest, D’Addario Foundation and Carolyn Wanzo and the Purify Wanzo CTAA Endowment at Wayne State University. Hundreds of individuals also contribute to the Festival through membership and donations.

Quicken Loans moved its headquarters to downtown Detroit in 2010. Today, Quicken Loans and the Rock Family of Companies employs more than 19,000 full-time team members in Detroit’s urban core. The company generates loan production from web centers located in Detroit, Cleveland and Phoenix and operates a centralized loan processing facility in Detroit. Quicken Loans ranked highest in the country for customer satisfaction for primary mortgage origination by J.D. Power for the past 10 consecutive years, 2010 – 2019, and also ranked highest in the country for customer satisfaction among all mortgage servicers the past six consecutive years, 2014 – 2019.

Quicken Loans was once again named to FORTUNE magazine’s “100 Best Companies to Work For” list in 2019 and has been included in the magazine’s top 1/3rd of companies named to the list for the past 16 consecutive years. In addition, Essence Magazine named Quicken Loans “#1 Place to Work in the Country for African Americans.”

For more information on the Detroit Jazz Festival, please visit: