As a tight, longstanding jazz ensemble, Yellowjackets has explored a universe all its own of electro-acoustic soundscapes in its nearly four-decade history. Since the band’s eponymous 1981 debut album, Yellowjackets has consistently forged ahead with innovative and challenging artistic statements. For Jackets XL, its 25th album and fourth for Mack Avenue Music Group, the band continues to stretch and reinvent itself with an exciting, full-bodied collaboration with the superb WDR Big Band of Cologne, Germany. The project combines the shapeshifting, multiple GRAMMY® Award-winning quartet with the renowned big band, re-imagining well-known band originals with dynamic new arrangements that feature twists and turns, textures and colors, moving harmonies and bold solos.

“This band has never been one to rest on its laurels,” says tenor saxophonist/EWI player Bob Mintzer, a Yellowjacket since 1990 and the WDR Big Band principal conductor since 2016. “The Yellowjackets are very adept at reinventing. The four of us are the most adaptable musicians I’ve ever worked with. Any setting, any style, we know we can do it. As for the WDR, they’re one of the best large jazz ensembles in the world. I knew the two groups would make for a nice marriage.” The band also comprises founder, keyboardist Russell Ferrante, drummer Will Kennedy and electric bassist Dane Alderson in his third recording for the group.

Ferrante welcomed the project given that he had been involved in playing Mintzer’s arrangements in different settings over the years. “But this was going to be different,” he says. “Since we were already in the orbit of big bands, Bob suggested that we pick tunes that were fan favorites through the years and make them fresh to keep the listeners interested. Bob rearranged ‘Mile High’ [Four Corners, 1987], which we had stopped playing in recent years. Bob changed it up and took it to different places. Another is ‘Revelation’ [Shades, 1986], which we always played as an encore. Bob went to the basics, bringing back the gospel roots, and arranged it for how we sound today.”

“’Mile High’ was one of the songs from the 80s,” Mintzer adds. “It had a pop feel back then. But the new arrangement fits with the sound of the Yellowjackets today. It’s like brand new music. We just took the ensemble and put a big band on top.”

While Mintzer rearranged seven of the ten tunes (he says it’s almost like watching your children grow up), also in the mix were two arrangements by Vince Mendoza who had a long history with the WDR Big Band and today serves as its composer in residence. Both the lyrical gem “Even Song” with its rock charge [Run for Your Life, 1993] and the swing-with-gusto “Downtown” [Live Wires (Live at the Roxy), 1991] feature his arrangements. Ferrante wrote a new arrangement for his song “Coherence” from the band’s 2016 Cohearence album. “I wanted to give it a more orchestral feel beyond just the big band sound,” he says. “I wanted to include different instrumentation like muted trumpet, French horn, trombones. I had been inspired by Maria Schneider’s music. I bought a package from her website of her tune ’Hang Gliding.’ I studied the score, watched a video of her band performing it. As a result, I made ‘Coherence’ rounder, writing other lines and counter melodies.”

In addition to the oldies, several new songs were added into the mix, including the upbeat “One Day,” a scamper written by Mintzer and featuring him on EWI. It was originally written for 2018’s studio album Raising Our Voice but didn’t make the final sequence. Then there’s “Tokyo Tale,” written by Ferrante that Mintzer comments on: “Russ wrote this in his systematic way. He composed it, developed it, wrote it down and sent me a small band arrangement done for his USC students.”

The challenge, Ferrante says, was relinquishing the total freedom of the quartet setting. “As a band you can change parts and make things different. But with the big band you have tight arrangements. There’s no freelancing. Even when you’re playing the notes that you know so well, the big band arrangements mean that you have to read the music and be really focused. Otherwise things can stick out.”

With its pockets of halcyon, buoyance, mystery, tumult, groove and whimsy, Jackets XL plays out as a multifaceted documentation of how far the band has come. “It was like putting a new set of clothes on,” Mintzer says. “This represents how the Yellowjackets play now.” 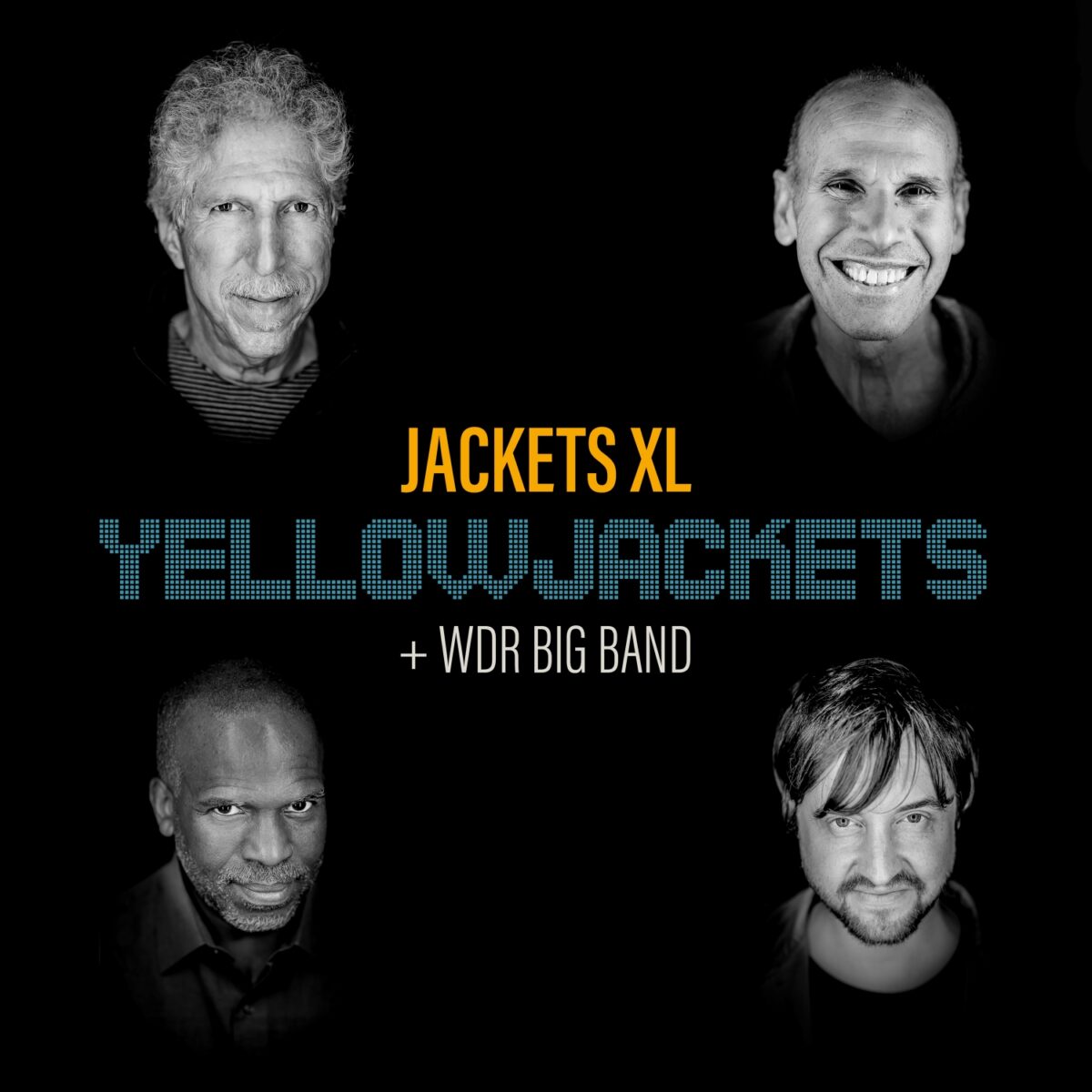