Saxophonist Vincent Herring speaks for nearly all of us when he writes, “2020 into 2021 was a morbid nightmare.” Herring has experienced the effects of the pandemic firsthand, contracting Covid-19 while suffering the same loss of performance opportunities befalling every musician during this trying year. That’s only meant more time spent at home, watching the turbulent presidential election and its violent aftermath.

Despite the prevailing darkness, Herring insists on seeing a silver lining in the looming storm clouds overhead. On his latest album, Preaching To The Choir (due out April 30, 2021 via Smoke Sessions Records), he delivers a sermon of optimism and hope to the jazz faithful, aided by as fervent a congregation as a swing disciple could pray for: pianist Cyrus Chestnut, bassist Yasushi Nakamura, and drummer Johnathan Blake.

Herring’s story has undergone more than its fair share of twists in recent months. Last August, he traveled to Las Vegas to take part in a centennial celebration for one of his heroes, Charlie Parker, with conductor Justin DiCioccio leading a string orchestra. The saxophonist now believes that it was on the flight back to New York that he contracted Covid. “It felt like the flu,” he recalls. “I was tired all the time, but I wasn’t coughing, and I didn’t have any respiratory problems. After less than a week, I felt totally fine.”

Despite the relatively minor effects, though, the virus wasn’t done with Herring yet. A few weeks later he began feeling pain in his joints. “I remembered some comedian talking about when you get to be over 50 you get aches and pains, and when you tell the doctor they're just like, ‘Yeah, it happens.’ So, I didn't think anything of it, but then it got progressively worse. My doctor had me do a blood test and she told me I had rheumatoid arthritis – and it was a gift from Covid.”

Chronic joint pain can be a death knell for a musician – it has ended careers, especially for pianists – so Herring entered the studio feeling strong but unsure of his future. “I knew it was a possibility that this would be my last record,” he says. “I wasn't saying that to other people, but the thought was constantly in my mind.”

“Fear” and “trepidation” are hardly words that come to mind when listening to Preaching To The Choir, however. The buoyant, robust music never sounds like the work of a man in pain, and not once does it take on the solemn character of a swan song. Since the recording, Herring—with the help of specialists—has managed to get the pain under control. And despite the disheartening news of injustice and political divisions, Herring is uplifted by the rallying of young people in support of protest efforts like the Black Lives Matter movement.

The saxophonist’s refusal to let the anxieties surrounding the recording pervade his music is evident from the outset of Preaching To The Choir. The album opens with the relaxed stroll of “Dudli’s Dilemma,” an original tune dedicated to the Swiss drummer Joris Dudli, who the composer calls “a great musician and a true friend.” The warmth of that personal relationship lights up Chestnut’s sprightly solo as well as the gentle precision of Blake’s rhythmic foundation.

That spirit of love, appreciation and, most of all, hope colors every tune on Preaching To The Choir, which arrives as a much-needed salve after such a divisive and disheartening period in history. “In spite of everything,” Herring declares, “even though I’m in constant pain and discomfort, I still feel grateful because it could have been worse. So, I do count my blessings.” 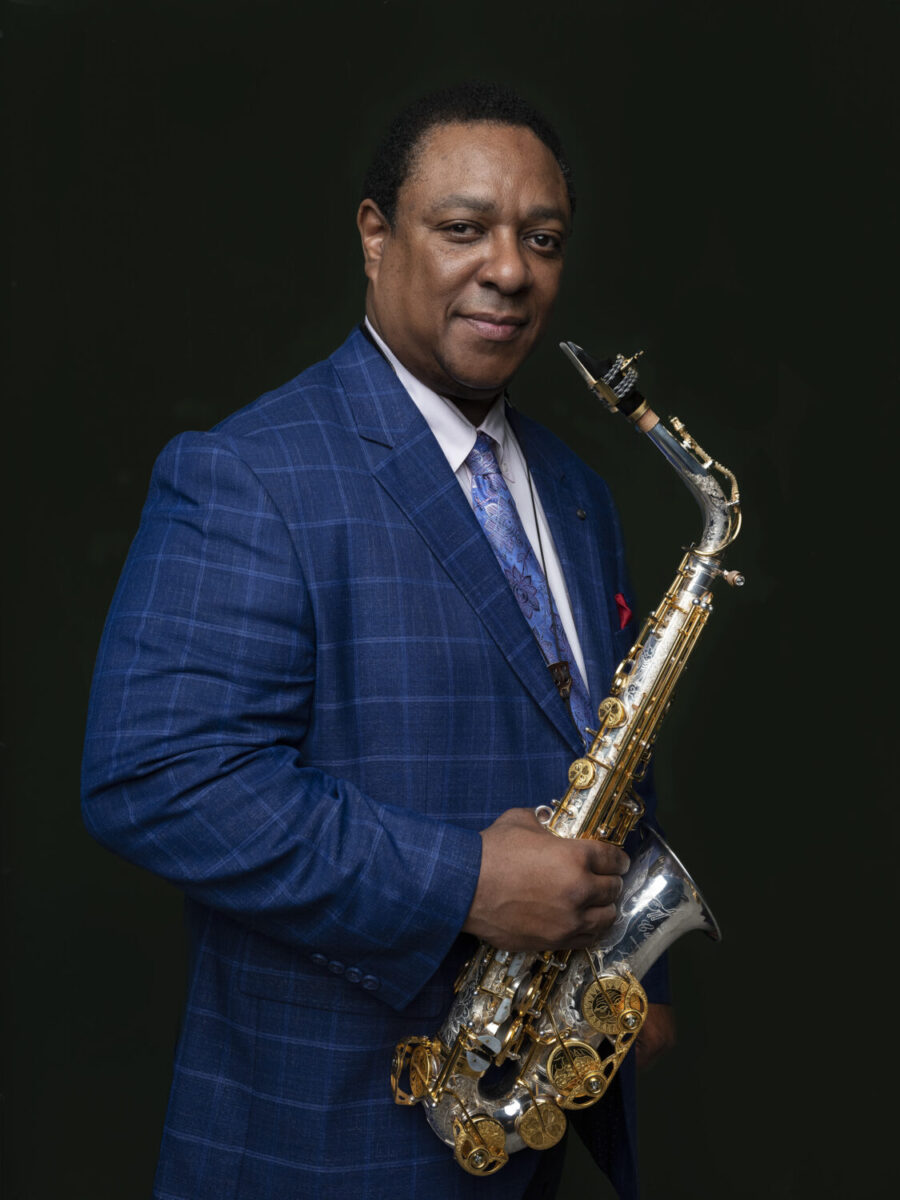 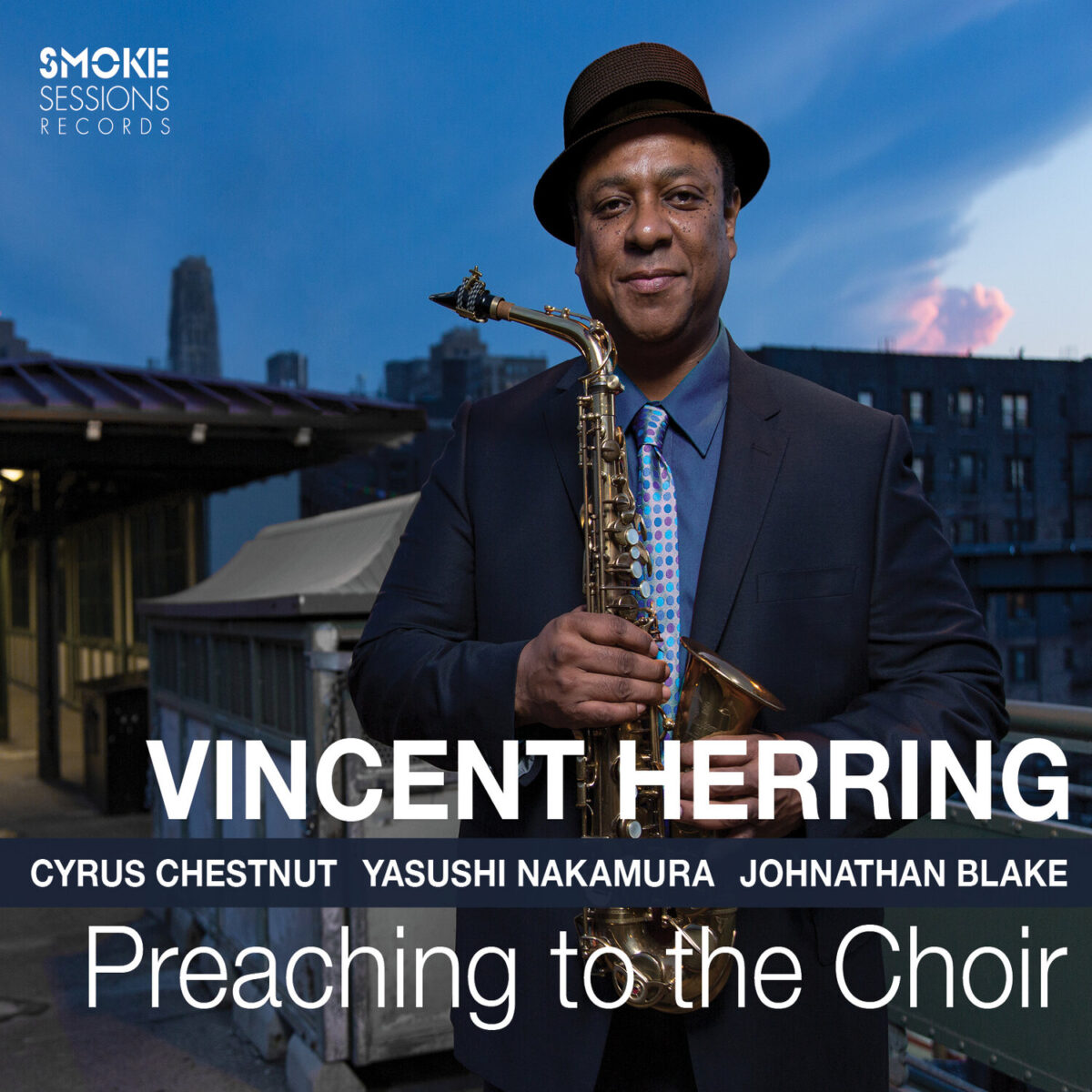