Six time GRAMMY® Award-winner, and 34-time nominee, Vince Mendoza is considered the foremost arranger of his generation, working with legends such as Björk, Elvis Costello, Sting, and Joni Mitchell. In a new star-studded release, Mendoza returns to his roots as a composer and conductor with a remarkable collaboration—highlighting the Czech National Symphony Orchestra, soprano Julia Bullock, guest artists Joshua Redman, Antonio Sanchez, Derrick Hodge, and The Roots' premier MC Black Thought— for Freedom Over Everything, available now on BMG’s Modern Recordings label imprint.

Throughout the “Concerto for Orchestra,” drummer Antonio Sanchez provides rhythmic

textures using color, placement and variation accenting the various motifs and ideas expressed in Mendoza’s score. “Antonio thinks and plays like a composer,” says Mendoza. “He was the perfect person to step into this music. He was very sympathetic to what I wanted to achieve, while never losing his voice in the process.” Joshua Redman’s saxophone performance in “Meditation” provides an important improvisational voice to the movement. Mendoza points out that the piece was not originally conceived to have improvised commentary in it. “Once we recorded it, I thought that the music asked for Joshua’s dialog with the orchestra. Joshua understood the purpose and the mood that was needed in that moment, and he played so beautifully.”

The fifth movement of the concerto, “Justice and the Blues,” is a sly reference to two famous quotations from philosopher and public intellectual Dr. Cornel West: “Justice is what Love looks like in public,” and "The Blues responds to the catastrophic with compassion, without drinking from the cup of bitterness." “When we recorded this piece last year in July (of 2019) in particular that last movement – the middle section of that piece that has the groove and the vamp, was originally going to be an instrumental solo,” Mendoza recalls, “I thought we should really have a message there through rap instead. Listening to the recordings of Black Thought, his work seemed to reflect a certain awareness of message I wanted to bring out in this piece. When he agreed to record, Covid hit the U.S. and we were delayed. And then (the death of) George Floyd happened – and then the reaction to George Floyd happened. And so, the shift of consciousness of what we thought was going to be in Black Thought’s performance was entirely different. Then he came up with this amazing heartfelt text,” Hodge provides a foundation of groove for the music and Black Thought’s text of Freedom Over Everything.

There’s a through line music lovers can identify from Mendoza’s body of work as an arranger and from his previous long form orchestra works as a composer; especially Epiphany (1999) and Constant Renaissance(2019.) “New York Stories,” a Concertino for Trumpet and Orchestra, was commissioned by the Czech National Symphony featuring trumpeter and orchestra founder Jan Hasenöhrl. 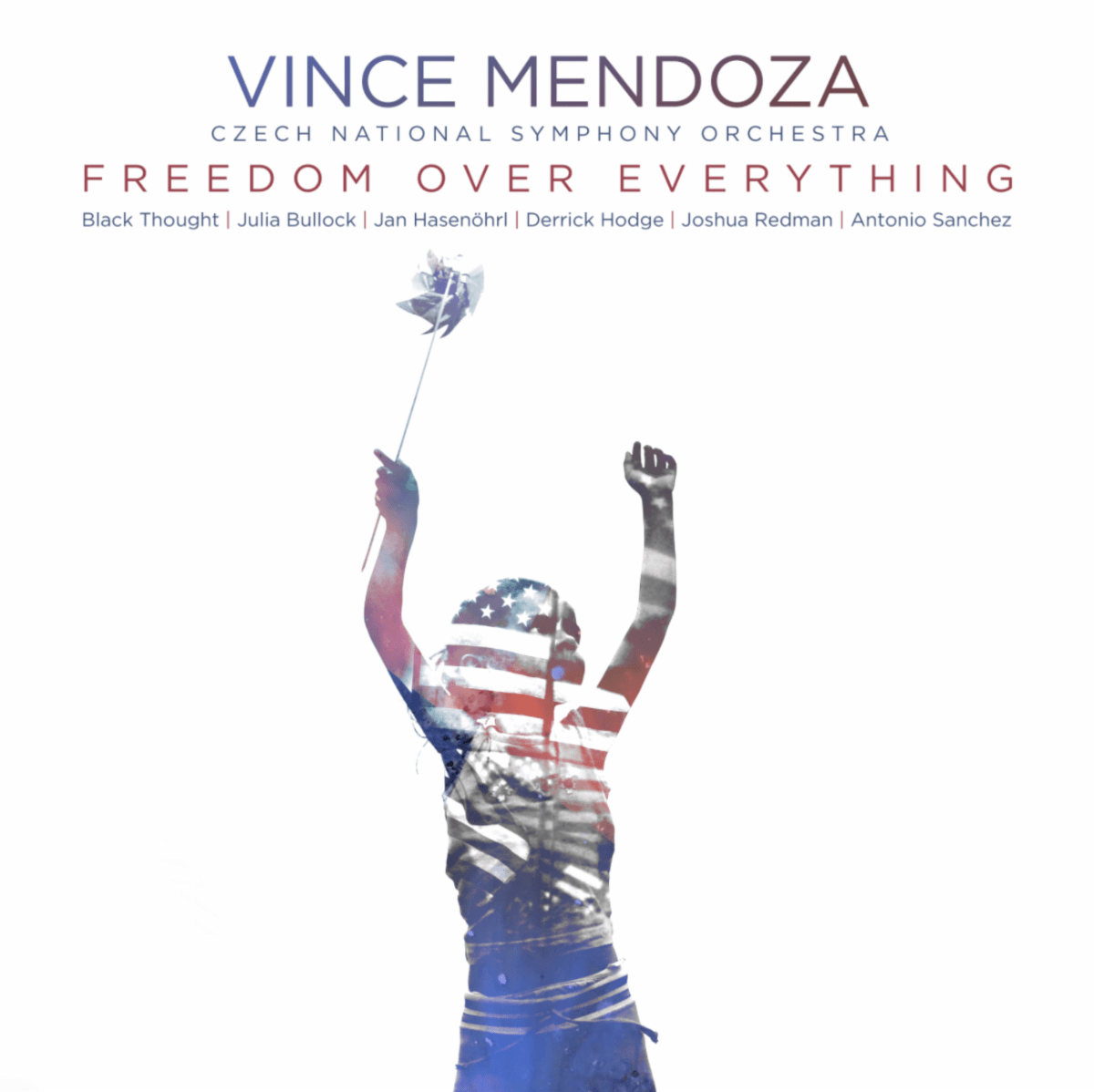