With Overpass, recorded in Brazil in 2018, Marc Johnson makes a decisive and intriguing contribution to ECM’s solo bass recordings. It is an album that takes note of that tradition - Johnson has said that Dave Holland’s Emerald Tears was among the solo recordings that fired his imagination almost half a century ago - and builds upon it in a personal and imaginative way.

The Nebraska-born bassist first came to broader attention in the late 1970s as a member of Bill Evans’s last trio where the tune “Nardis” became effectively a workshop for nightly discoveries about the bass’s potential as a lead voice. The Miles Davis tune, long associated with Evans, is revisited here. As Johnson points out, “‘Nardis’ is where solo bass explorations all started for me and this performance distills much of the conception and vocabulary I am using throughout this album.” Alex North’s “Love Theme from Spartacus”, another tune that Evans liked to play, is featured, too, in an interpretation and arrangement that honours the form of the composition.

Johnson also tackles Eddie Harris’s “Freedom Jazz Dance”, whose dancing pulses have long inspired improvisers, and presents five of his own pieces. Among them is “Samurai Fly”, a recasting of “Samurai Hee-Haw”, the Eastern-tinged Western tune that Marc previously recorded for ECM with his Bass Desires band – the highly influential quartet featuring the twinned guitars of Bill Frisell and John Scofield and Peter Erskine’s drums- and with the John Abercrombie Trio. This version – one of the two tracks that deploys discreet overdubbing - is heavier than its predecessors, perhaps more Sumo than Samurai, Johnson wryly suggests, but still nimble and effective, and with a strong hint of bluegrass bass fiddle in its undercurrents.

Marc Johnson’s music has long been open to influence from multiple sources, and “Whorled Whirled World”, for instance, with its tessellated patterning and spinning, dancing energy alludes both to a kind of earthy, global music blueprint and the mesmeric qualities of minimalistic repetition. Pulsation and drive have strong roles throughout.

Of “And Strike Each Tuneful String” Johnson says,” In the early 80s I made a conscious choice to try to bring something primal to my sound and conception of playing. I discovered a field recording made in the late 60s of musicians from Burundi. One or two tracks in particular from that recording caught my attention. The music was played on an instrument called an Inanga which is a hollowed out log strung with ox tendons for strings. The strings were plucked in various patterns and the earthy sound and repetitiveness was quite hypnotic. With a nod towards that reference, this piece is an improvisation and short reprise of ‘Prayer Beads’ which appeared on the second Bass Desires album.”

If Overpass addresses musical and personal history, it is also an improviser’s in-the-moment response to events. Marc Johnson’s journeys around the globe have sometimes led to meetings with remarkable instruments: in São Paulo he came across a prizewinning bass made by luthier Paulo Gomes that subsequently became his instrument of choice each time he was in the region. The sound of the bass itself with its full-bodied resonance has also been a determining factor for the nature of the music played. On “Yin and Yang” the improvisation takes off from harmonics produced by strumming all four strings of this bass. “The continuity was created by allowing the strings to decay until the next attack. I first recorded a long series of attacks and decays, and then improvised a melody and some bowed effects. This piece is the result.”

Marc Johnson was born in Nebraska in 1953, and he grew up in Texas. By age 19, he was working professionally with the Fort Worth Symphony, and while at North Texas State University, he played and recorded with fellow student Lyle Mays. After graduating he toured and recorded with Woody Herman, before becoming, at the age of 25, the bassist with the Bill Evans Trio, following in the footsteps of masterful players including Scott La Faro, Gary Peacock and Eddie Gomez.

His first ECM recordings were with his own Bass Desires quartet, who released two important albums, Bass Desires and Second Sight. The bassist subsequently recorded for the label as a member of John Abercrombie’s trio and appears on the guitarist’s discs including Cat’n’Mouse and Class Trip. He has also contributed to ECM albums by guitarist Ralph Towner (Lost and Found), pianist John Taylor (Rosslyn), saxophonist Charles Lloyd (Lift Every Voice) and bandoneón master Dino Saluzzi (Cité de la Musique).

Leader dates have included Shades of Jade and Swept Away – both featuring Eliane Elias, Joe Lovano, and Joey Baron, with John Scofield also appearing on Shades.

Overpass, recorded in January and February 2018 at Nacena Studios, in São Paulo, was produced by Marc Johnson and Eliane Elias. 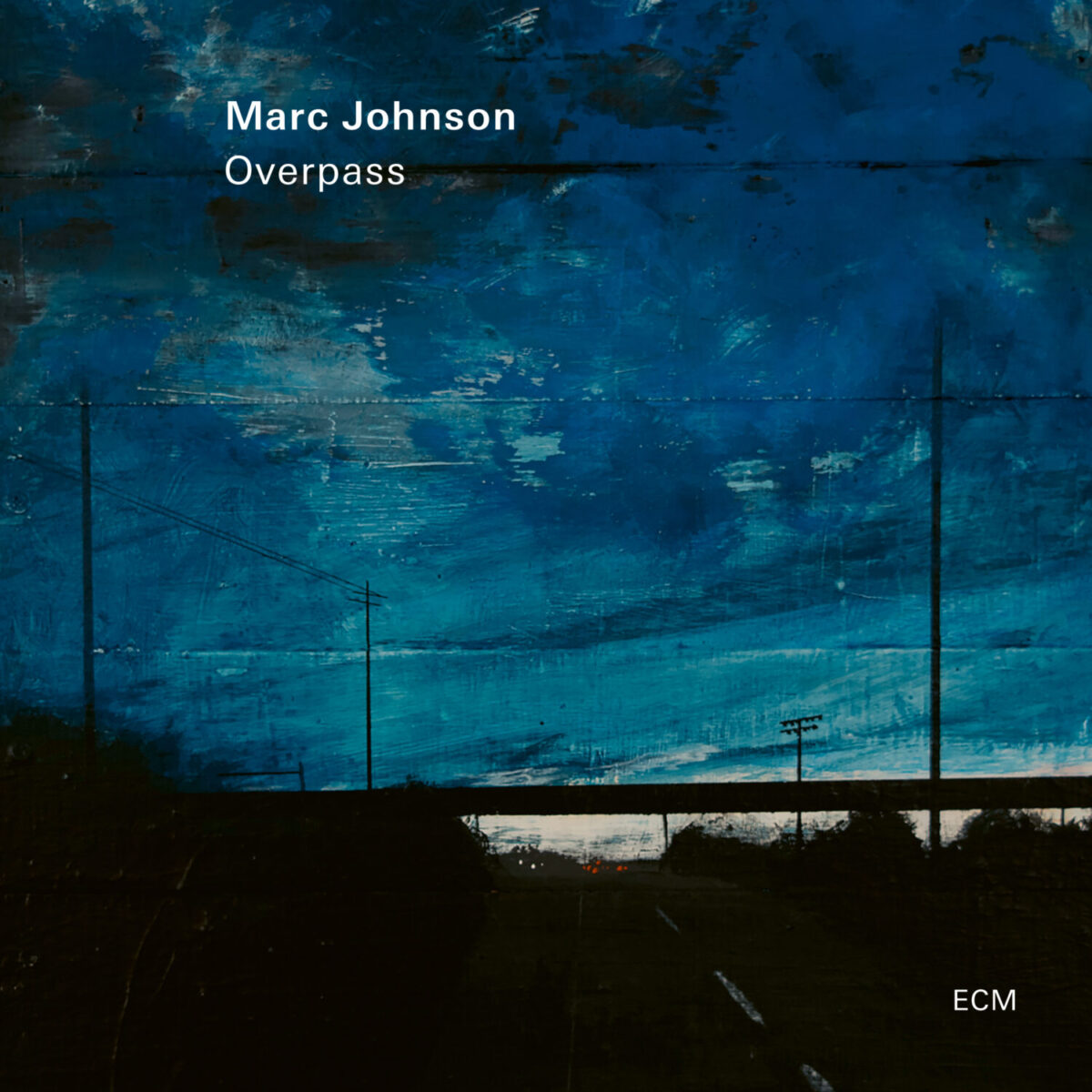