A decades-long institution in Ann Arbor, home of the University of Michigan, and also the nearby Metro Detroit area, the Lunar Octet is back with a potent collection of originals inspired by such wide-ranging influences as mambo, samba, funk, Afrobeat and jazz on Convergence. The title itself suggests a confluence of rhythms and styles, and that is precisely what this band of multi-directional musicians has been doing since meeting 36 years ago in Ann Arbor and subsequently recording their 1994 debut, Highway Fun for Schoolkids Records. Reuniting in the studio 25 years later, the members of the Lunar Octet documented their collective growth while remaining committed to their original mission on Convergence, scheduled for a May 7th release on Summit Records.

From the percolating salsa groove of the infectious opener, “Norm’s Nambo,” to the swinging big band flavored chart, “Toote Suite,” the Brazilian music influenced “Mambossa,” the rhythmically charged “Subway Tension” and the entrancing Afrobeat numbers, “Dancin’ in the Doghouse” and “Heart of Congatar,” Lunar Octet presents a compelling world view of sound. Add the churning “Samba Diabolico,” the buoyantly swinging “Crusin’” (think Neal Hefti arrangements for the mid ‘50s Count Basie band), the alluring tango “Until I Find Words” (an alto clarinet feature for Hiltner) and the rollicking, Brazilian flavored batacuda number “Samba Over Easy” (reminiscent of Airto Moreira’s “Tombo in 7/4”) and you’ve got a veritable United Nations of sound that you can also dance to.

“I see the Lunar Octet as a bit of a diamond,” said percussionist and fellow founding member Aaron Kaufman, called “the soul of the band” by his colleagues. “We’re all different facets of the diamond expressing the singularity of our musical mission. And it’s not about our technique in terms of us being monster chops players who want to show off how amazing we are. Really, it’s the sum of the parts that actually brings hope and joy and love to people that come and see us. And I believe with all my heart and soul that as artists, if we can lift people’s spirits by really showing a love and celebration of these different world musical cultures that we bring to life in our particular special way, then we’re bringing some light to the darkness.”

Originally formed in 1984 as the Afrobeat flavored Lunar Glee Club, the group morphed into the Lunar Octet in the ‘90s and began taking on the influences of samba and jazz through the compositions and arranging of alto saxophonist and principal composer Steve Hiltner. The New York City-born Kaufman absorbed music in the Big Apple (represented on his tune “Subway Tension”) before his family moved to Puerto Rico. Through his mentor Norman Shobey (his tune “Norm’s Nambo” is dedicated to him), Kaufman began studying conga and later widened his repertoire with a year abroad in Israel, where he soaked up Middle Eastern music and began playing the darbuka drum. Other founding members of the band include drummer Jon Krosnick (who also anchors the West Coast-based fusion band Charged Particles), tenor saxophonist Paul VornHagen (who also leads the Cuban jazz combo Tumbao Bravo), trumpeter Brandon Cooper (an in-demand freelancer in the Metro Detroit area) and guitarist Sam Clark. Rounding out the Lunar Octet are young piano sensation Keaton Royer, bassist Jeff Dalton and percussionist Olman Piedra.

Regarding the group’s long hiatus and recent return with Convergence, Krosnick said, “The early ‘90s was the peak time for the band, when we were on national radio broadcasts and that kind of thing. And then people moved away. I took a job teaching at Ohio State, Steve Hiltner moved to North Carolina, others in the band moved out of town. So there were definitely transitions. But we kind of rediscovered ourselves five years ago and said, “Hey, this music’s cool, let’s keep doing this.” That reunion came in 2014 for a performance at the Kerrytown Concert House in Ann Arbor. And regular performances have followed ever since. “It's been fun to come back with live shows,” said Krosnick. “And now with the release of Convergence, we're kind of feeling like we can create some buzz about the band and maybe open up some touring opportunities.”

Krosnick explained that the band’s initial Afrobeat influence came in large part from original bassist Dan Ladizinsky, who named King Sunny Ade as a primary influences. As Jon recalled, “It literally was a garage band in the beginning. Guys were getting together in my garage and just trying to groove. The more intricate compositions only kicked in years later when Steve Hiltner joined the band. He brought in some of the more highly orchestrated stuff that’s full of complexities and twists and surprises and unexpected bridges. But it was quite the opposite in the beginning. The original version of the band had no piano player and two bass players and a guitar player, so there was a deep African groove thing that was happening there, almost like a jam band.”

“Yeah, I sort of ruined it for the faction of the group that really loved just the straight ahead groove and more simple melodic stuff,” said Hiltner. “Because I started bringing in pieces that were more than just stock 32 bar tunes that sounded like they should be in the Real Book. There’s a classical element that I bring to the band in the motivic development in my compositions, which you can hear on ‘Samba Diabolico,’ for instance.” Of the seemingly disparate musical elements coming together on Convergence, Hiltner, a trained botanist added: “Nature is just miraculous in the way it breaks everything down into constituent parts and then builds something new. And I think of the creative process like that. It’s like composting. It’s bringing all of these different elements together and then something new comes out of it.”

After such a long hiatus from recording, Kaufman seemed thrilled about the release of the Lunar Octet’s Convergence. “It just shows the longevity of our friendships and music all intertwined,” he said. “And music really is an expression of our friendships, crucially. I feel very, very strongly that what we’re doing reflects years and years of building up trust and relationship.” He added, “I’m always open to new possibilities. That’s what’s great about the Lunar Octet. Somebody comes up with an idea that they bring to the table that has musical integrity to it and some quality that is inspiring and that we are all in favor of. I think that’s what makes our music exciting and varied. And we always support each other to bring those kind tunes out. That kind of openness of sharing is an important part of the band. And I think all of the different musical qualities that we all bring to the table help form a nice balance.” 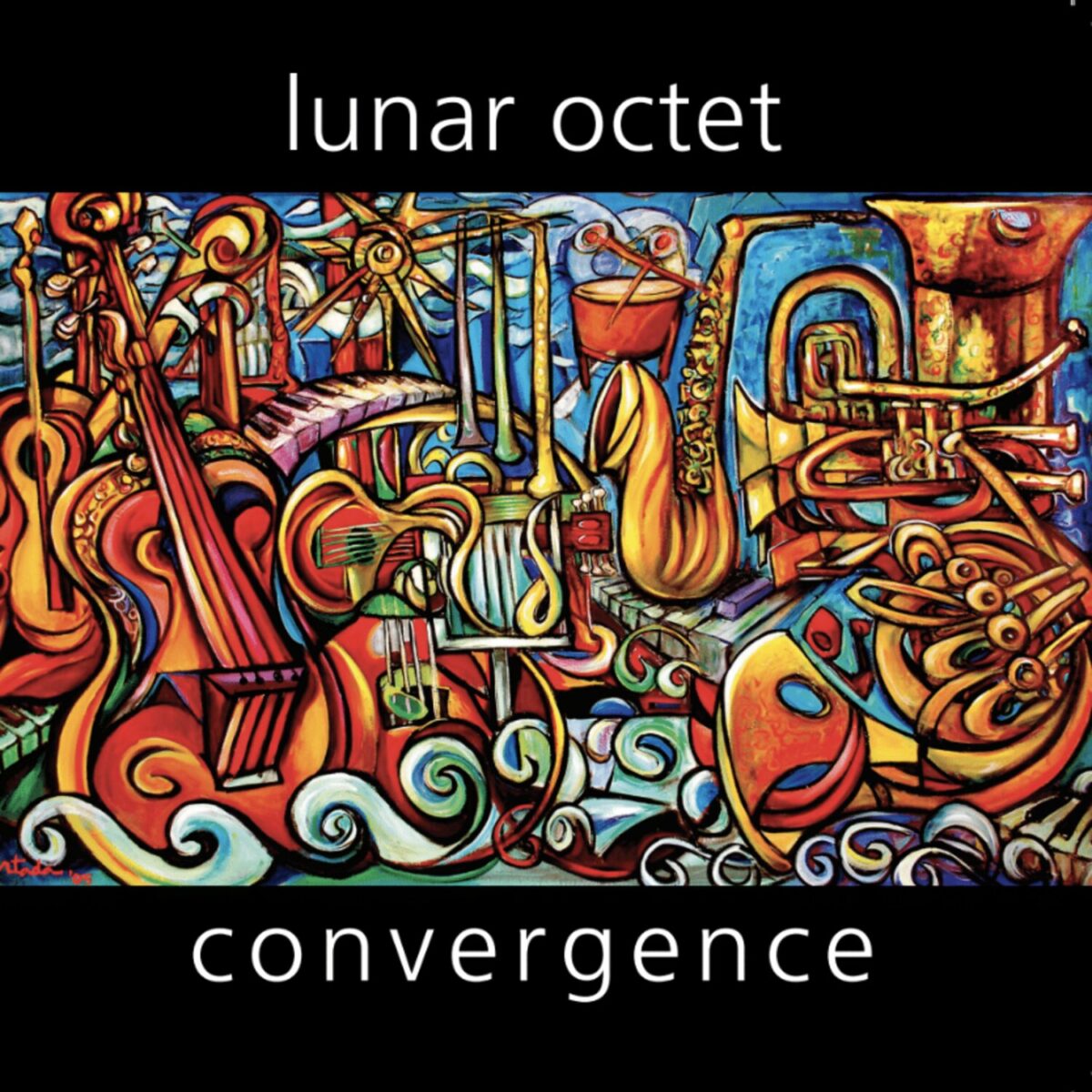