The music of Thelonious Monk has provided a rich fount of inspiration for generations of jazz musicians, its daunting wit and impish intricacies offering endless fodder for exploration and interpretation. Over the course of two albums, bandleader/composer/arranger John Beasley has reimagined Monk’s iconic compositions through the vehicle of his inventive, versatile MONK’estra –- a big band able to deftly navigate the legend’s angular eccentricities with a staggering variety of perspectives from boisterous swing to raucous funk to Afro-Cuban explosiveness.

The results speak for themselves: both MONK’estra, Vol. 1 and Vol. 2 garnered a pair of GRAMMY® Award nominations apiece alongside widespread critical acclaim. Keeping in line with its namesake’s unpredictable nature, the MONK’estra veers off in new directions on its stunning third album, MONK’estra Plays John Beasley, due out August 21, 2020 via Mack Avenue Records. As the title implies, this time out the band shifts focus to its fearless leader’s own estimable compositions and piano playing, alongside a quartet of Monk classics and a tune apiece by Duke Ellington and Charlie Parker.

MONK’estra Plays John Beasley brings the keyboardist full circle in more ways than one. While the two preceding albums focused more on Beasley’s arranging talent, he’s featured playing the piano on every track. Additionally, besides casting the lens of his brilliant ensemble on his own music for the first time, the album also reunites Beasley with several now-formidable artists with whom he performed with in his formative years nearly three decades ago.

Reconfiguring the MONK’estra into a number of smaller combinations, Beasley brings together such peers and mentors as bassist John Patitucci and drummer Vinnie Colaiuta, his bandmates in the early 90s quartet Audio Mind and Patitucci’s bands; organ great Joey DeFrancesco, whose footsteps he followed into the Miles Davis band in 1989; and legendary flutist Hubert Laws, who hired a 20-year old Beasley and Patitucci to play Carnegie Hall.

Despite the diversified repertoire and lineups, MONK’estra Plays John Beasley is very much a MONK’estra album. The name of the band, Beasley explains, is less about the name on its sheet music than about the spirit it embodies.

“The band takes its mission from Monk’s boldness, courage and experimentation,” he says. “Monk was always willing to let go, let whatever happens happen and make music out of that, while maintaining his unique sense of groove.”

As he’s demonstrated throughout his framing of Monk’s tunes as well as his work for film and television, Beasley has a unique gift for portraiture in music. Each of his compositions on the album offers a snapshot of one of his personal or musical influences, beginning with the opening track, “Steve-O.” Featuring the full 16-piece MONK’estra, the dizzying and playful piece is a glimpse into the eclectic imagination of saxophonist Steve Tavaglione, the fourth member of Audio Mind.

The tender “Song for Dub” was penned for Beasley’s uncle, a World War II veteran who struggled (with ultimate success) with alcoholism after his return from the battlefield. This ballad rendition showcases the MONK’estra at its most lush and beautiful.

The band slims down to a septet for a pair of tributes to legendary musicians who’ve passed on: “Sam Rivers,” a jauntily angular piece inspired by the great saxophonist’s Blue Note albums; and “Masekela,” honoring the iconic South African trumpeter and activist who Beasley got to know through their collaborations at International Jazz Day performances in recent years. Patitucci and Colaiuta form the core of the rhythm section for this lineup, as they do on the quintet piece “Implication,” a Beasley original that bridges the influence of Monk with North African traditions.

Patitucci, Colaiuta and Beasley go it alone with the trio piece “Be.YOU.tiful,” which the pianist wrote inspired by a conversation Beasley had with Patitucci regarding the legendary saxophonist Wayne Shorter. Beasley describes working together again with his old friends as slipping into comfortable old habits, energized by the evolution of intervening years and collaborations.

Joey DeFrancesco’s unmistakable organ sound graces Monk’s “Rhythm-a-Ning,” while Hubert Laws’ flute is the perfect fit for Beasley’s seductive, soulful arrangement of “Locomotive.” The inclusion of “Off Minor,” transformed with a Roots-inspired hip-hop vibe, was inspired by Beasley’s mentor Freddie Hubbard, who often included the tune in his own sets.

Finally, Beasley gives the MONK’estra treatment to pieces by two of Monk’s companions in the jazz pantheon: Bird’s “Donna Lee” percolates with an Afro-Cuban groove and a nod to Jaco Pastorius’ version of the tune, while Duke Ellington’s “Come Sunday” ends the album on a spiritual note, with classical baritone Jubilant Sykes intoning Ellington’s plea for peace and guidance in a stirring performance responding to the country’s sadly still-relevant racial divisiveness. “We are living through times when misinformation and blatant hate are given platforms,” Beasley says “And, Covid-19 created an even more hyper anxiety-fueled world, so it’s important to create music that can provide a respite and also be humanizing.”

MONK’estra Plays John Beasley is the latest reinvention in a career full of them. Beasley worked with iconic trumpeters Freddie Hubbard and Miles Davis while still in his 20s and has gone on to play with such greats as Herbie Hancock, Al Jarreau, Steely Dan, Chaka Khan and Christian McBride. He serves as Music Director for the Herbie Hancock institute’s globe-spanning International Jazz Day concerts while touring the world with the MONK’estra. In addition, he has worked extensively in film and television, primarily on the soundtracks of noted composer Thomas Newman, including the James Bond hits Spectre and Skyfall. Along the way, Beasley has garnered five GRAMMY® Award nominations and an Emmy® Award. 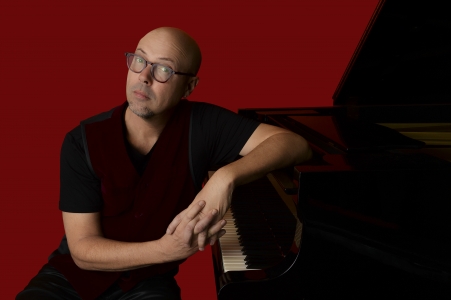 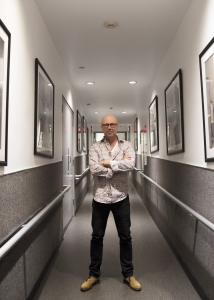 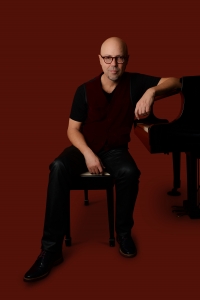 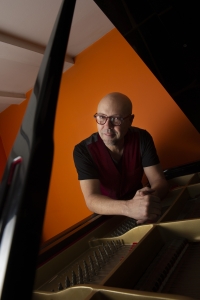 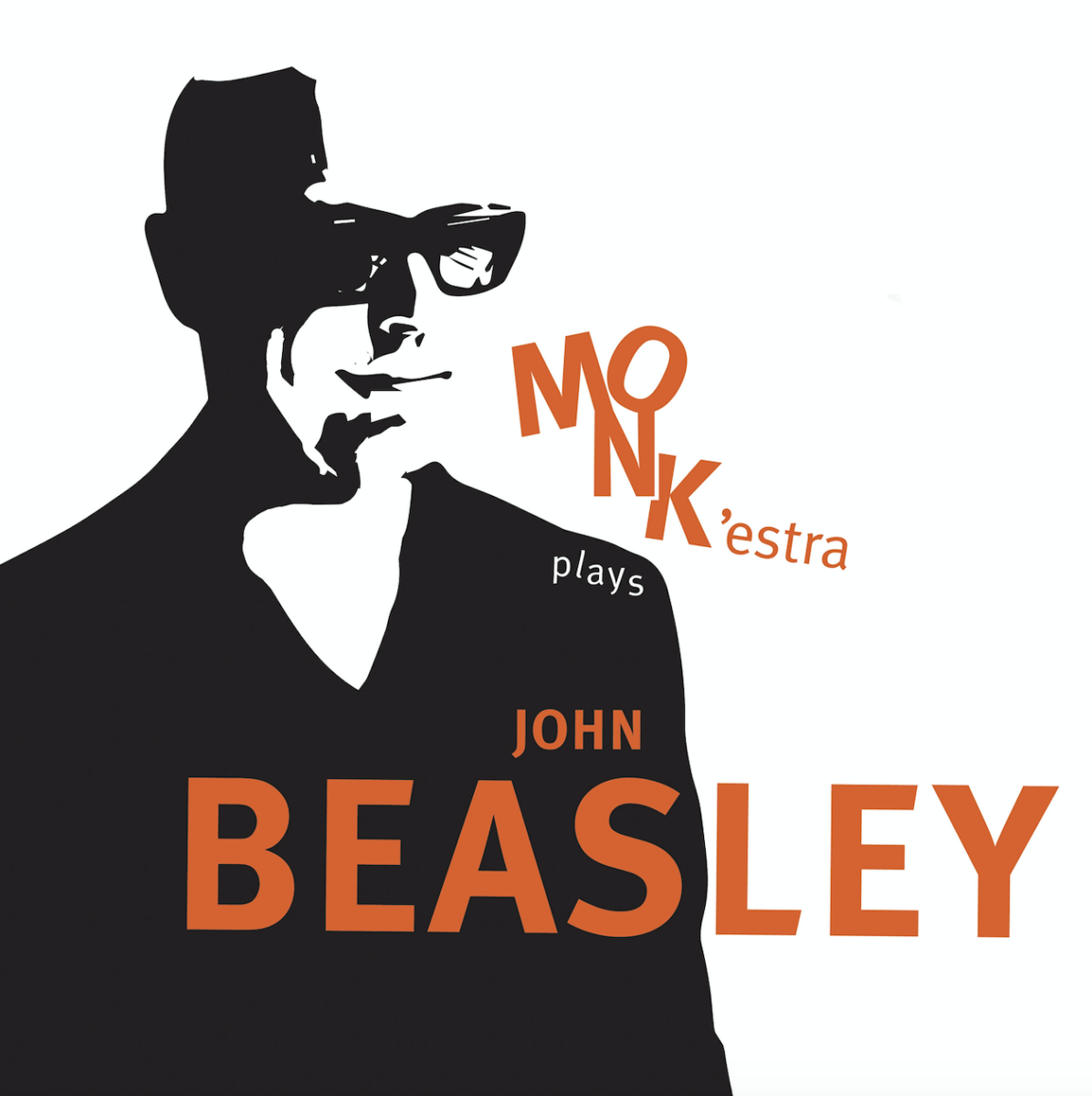