The debut album of Joe Lovano’s Trio Tapestry was one of 2019’s most talked-about releases. This musical concept is taken to the next level on its second album, Garden of Expression, a recording distinguished by its intense focus.

Lovano, a saxophonist whose reach extends across the history of modern jazz and beyond, plays with exceptional sensitivity in Trio Tapestry. The music he writes for this group—tenderly melodic or declamatory, harmonically open, rhythmically free, and spiritually involving—encourages subtle and differentiated responses from his creative partners, creating interactions in which Lovano describes as “magical.” Carmen Castaldi’s space-conscious approach to drumming further refines an improvisational understanding that he and Lovano have shared since the early 1970s. The trio is also an inspired context for Marilyn Crispell’s solos, counter melodies, and improvisational embellishments. Her feeling for sound-color helps the chamber music character of the group bloom.

A steady artistic growth can be charted between the first and second Trio Tapestry albums. For Lovano, “Seeds of Change” was a key piece in terms of approach on the trio’s debut album. The open form itself is at once a blues, a ballad, and a chamber music composition. With a feel and a flow that was special, leading directly to the title piece of Garden of Expression, the seeds having taken root. “Between the two albums we have an amazing repertoire now,” says Lovano.

This new album also benefits from its recording at Lugano Switzerland’s Auditorio Stelio Molo SRI studio with highly responsive acoustics, with the details of the music optimally realized in Manfred Eichner’sproduction. The trio recorded in the studio on their second European tour in November 2019 after they’d performed a concert in the studio the evening before. “Having given a full performance there, we were very comfortable with the room,” noted Lovano. “The tone there, and the sound and the feeling in that space, built to be a recital room, is amazing. We played forte and really felt it. We played at pianissimovolume, and you heard the music vibrating in the room. And that created a real spiritual delivery on each composition, as we allowed the music to unfold.”

Lovano describes the organic evolution of the trio as an unforced, natural process. As with Trio Tapestry’s debut album, all the music on Garden of Expression was written by Lovano. “Each of the pieces is a song of expression where rhythm doesn’t dictate the flow. This is not a band that starts from the beat. The momentum is in the melody and the harmonic sequence, and rhythm evolves within each piece in a very free flowing manner.” Lovano draws parallels between the present trio and the music he made, over a period of 30 years, in Paul Motian’s trio with Bill Frisell. “We developed a way of playing and communicating. The pieces would change night after night, as Paul gave us permission to create the music within the music. That study, that conception, has provided a foundation in my own playing and writing up to the newest work with Trio Tapestry.”

The fresh music of Trio Tapestry draws upon a long history of friendships and collaboration. Lovano and Crispell met in the mid-1980s as part of Anthony Braxton’s group. After Lovano jammed with Crispell’s trio with Paul Motian and Mark Helias at New York’s Village Vanguard, they went on to play concerts as a quartet. The potential for further development was evident to both Lovano and Crispell.

Castaldi’s association goes back to their teenage years in Cleveland. “Carmen’s one of my oldest and closest friends. We grew up together, played in bands together, went to Berklee at the same time and shared lots of the same musical experiences.” These included the revelation of hearing Keith Jarrett’s band with Dewey Redman, Charlie Haden and Paul Motian at the Jazz Workshop in Boston in 1972, a powerful, formative influence for both musicians.

“Our very first concert was without any themes or songs. It was about exploring how we might play together – and the music opened up in such a beautiful way,” says Lovano of the moment when he finally came together with Crispell and Castaldi as a trio and played totally improvised music. “I sent a tape of this to Manfred Eicher, who was very encouraging.” Lovano then set about writing a program of music to follow up the implications of those improvisations. He shaped pieces that might best display the unique qualities of the trio’s “peaceful, non-aggressive delivery,” while also refining a technique he had first broached on his album Tones, Shapes and Colors—playing saxophone and gongs simultaneously. The slowly blossoming resonance of the gongs has become one of the signature sounds of the trio, with overtones shading into silence. “These two recordings—Trio Tapestry and Garden of Expression—are the only albums I’m on that include real moments of silence from the whole group,” claims Lovano.

Providing a lot of deep listening, it is possible to digest Garden of Expression as a non-denominational spiritual album. Starting out with the quiet “Chapel Song,” which reflects upon Lovano’s experience in a Viennese church as he listened to the distant strains of an organ. It progresses through “Sacred Chant” which has some of the yearning quality of a Coltrane ballad, before concluding with “Zen Like,” where the gongs summon the trio to concentrated meditation. But there are also secular influences at work. Lovano spent the summer of 2019 on tour with Diana Krall and “West of the Moon” here is a response to playing “East of the Sun” night after night with the singer. “It doesn’t sound anything like ‘East of the Sun,’” he stresses, “but that was the inspiration. A lot of these new pieces, in fact, were written on the road.” 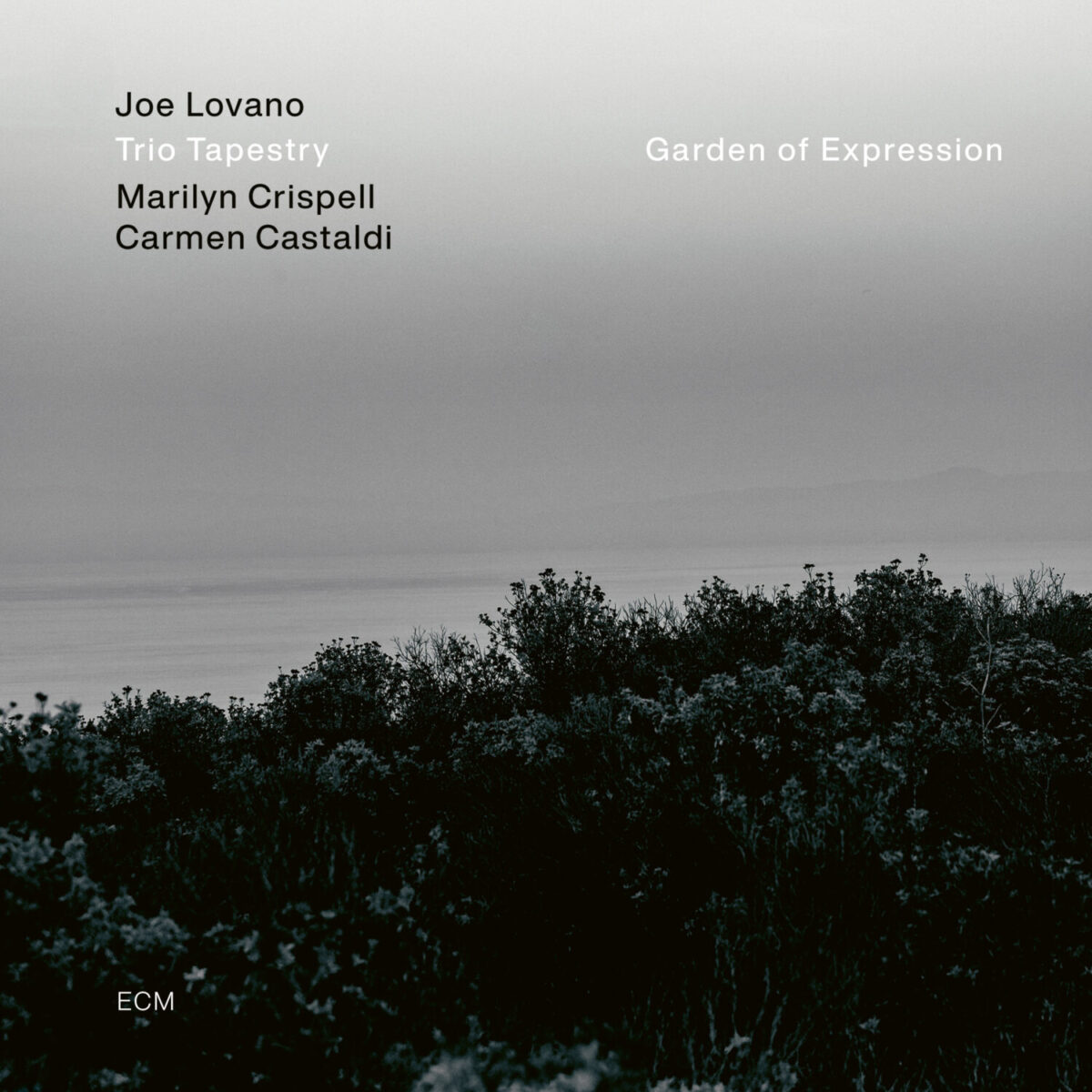