Ever since its creation nearly 60 years ago, bossa nova has been celebrated as a lyrical fusion of American jazz and Brazilian samba. The family tree of both of those musics, however, can be followed back to their African roots. With her gorgeous new album Quatro (Bossa Nova Deluxe), the Nigerian-born, Los Angeles-based vocalist Douyé brings the conversation full circle, instilling an extra helping of African rhythm and electricity into the tropical cool of bossa classics by Antonio Carlos Jobim along with reimagined jazz standards.

For Quatro (Bossa Nova Deluxe), due out April 5, 2019 via Rhombus Records, Douyé enlisted the talents of several renowned arranger/musicians, each of whom provided unique but equally stunning settings to showcase her entrancing voice. All of them converge through the singer’s unique vision, which filters their diverse approaches through a distinctly personal perspective.

“I didn't want to make a typical bossa nova album like I’ve heard ten trillion times before,” she says. “I wanted to add my own thing to it: my own identity, my own sound, my own style. The true essence of this project is my African heritage. As an artist, part of my duty is to infuse my heritage and identity into my music.”

Jazz and bossa nova are as much part of Douyé’s musical upbringing as the music of her Nigerian home, making the blend a perfect fit. She grew up surrounded by the sounds of her father’s extensive jazz collection, which ran the gamut of genres and styles. “Bossa nova is a sound that I’ve lived with from childhood on,” she recalls. “My dad would play all kinds of jazz from African jazz like Fela Kuti to more traditional American and European jazz to Latin and Brazilian jazz.”

Douyé repaid her father for his profound influence with her last album, Daddy Said So, and honors him in the context of her latest endeavor through a simmering Latin jazz take on the Horace Silver favorite “Song For My Father.” She’d begun writing her own music as a child, singing in church choirs as well as mimicking her father’s albums. As she split her time between Lagos and England throughout her youth, Douyé dreamed of pursuing her passion for music in the States.

She eventually moved to L.A. to study at the Musicians Institute as a vocal major. While there she met and formed a musical partnership with songwriter Terry Shaddick, best known for composing the massive hit “Physical” for Olivia Newton-John. Together the two penned all of the original music for her first two albums, Journey and So In Love, and they’ve continued to maintain a close artistic relationship as Douyé has moved away from soul and R&B and into jazz.

It took a visit to the Brazilian state of Bahia, with its heavy concentration of people and customs of African descent, to inspire her to craft her own take on the bossa tradition. “I remember going to Bahia and seeing that these people looked like me,” she says. “That made me realize that I can marry this African sound with the bossa nova. I didn't want the album to be just cool jazz, where you sit back and go to sleep – I wanted it to have a little bit more rhythm and energy to it.”

The album receives a big band jolt from the charts of drummer Zack O’Farrill, who Douyé refers to as “my Nelson Riddle.” The two had worked together on Daddy Said So and forged a collaboration that the singer likens to that between Frank Sinatra and his most acclaimed arranging partner. “We’re very close,” she says. “He understands me perfectly and knows how to capture what I’m trying to do.” O’Farrill’s efforts include a thrilling “Agua De Beber” that spotlights the deft trumpet playing of David Adewumi, a pulsing take on Horace Silver’s “Nica’s Dream,” and a vivid elaboration of Jobim’s “One Note Samba” propelled by the arranger’s intricate rhythms. Bassist Phil Small also provides a sultry rendition of “Lover Man” for the large ensemble.

Quatro is the Portuguese word for “four” – a reference to Douyé’s birthday, January 4, which she’ll celebrate slightly belatedly with the release of this heartfelt new album. It’s more of a gift for listeners, though: a lush and soulful excursion for jazz lovers, a delectable new twist for aficionados of bossa nova. 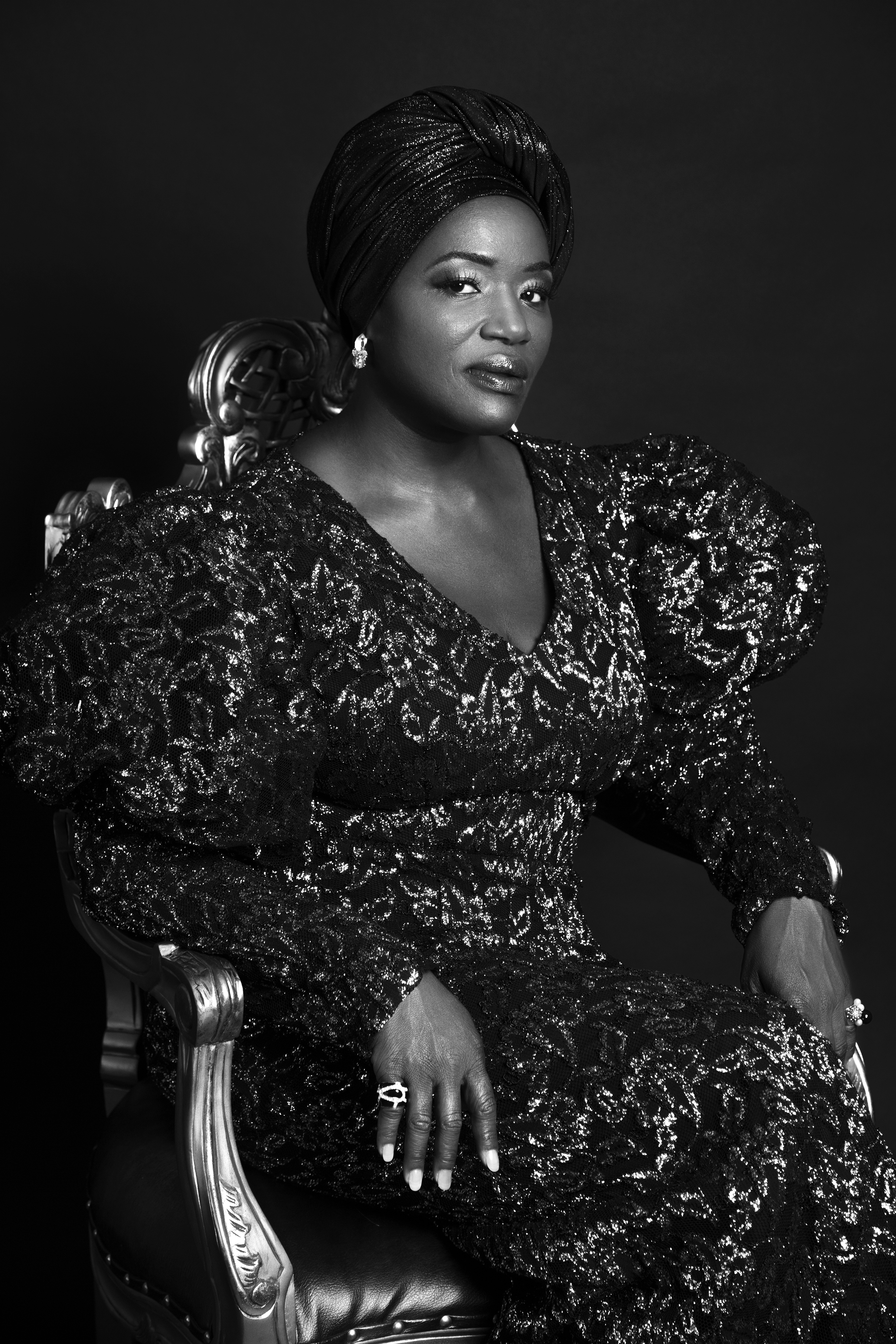 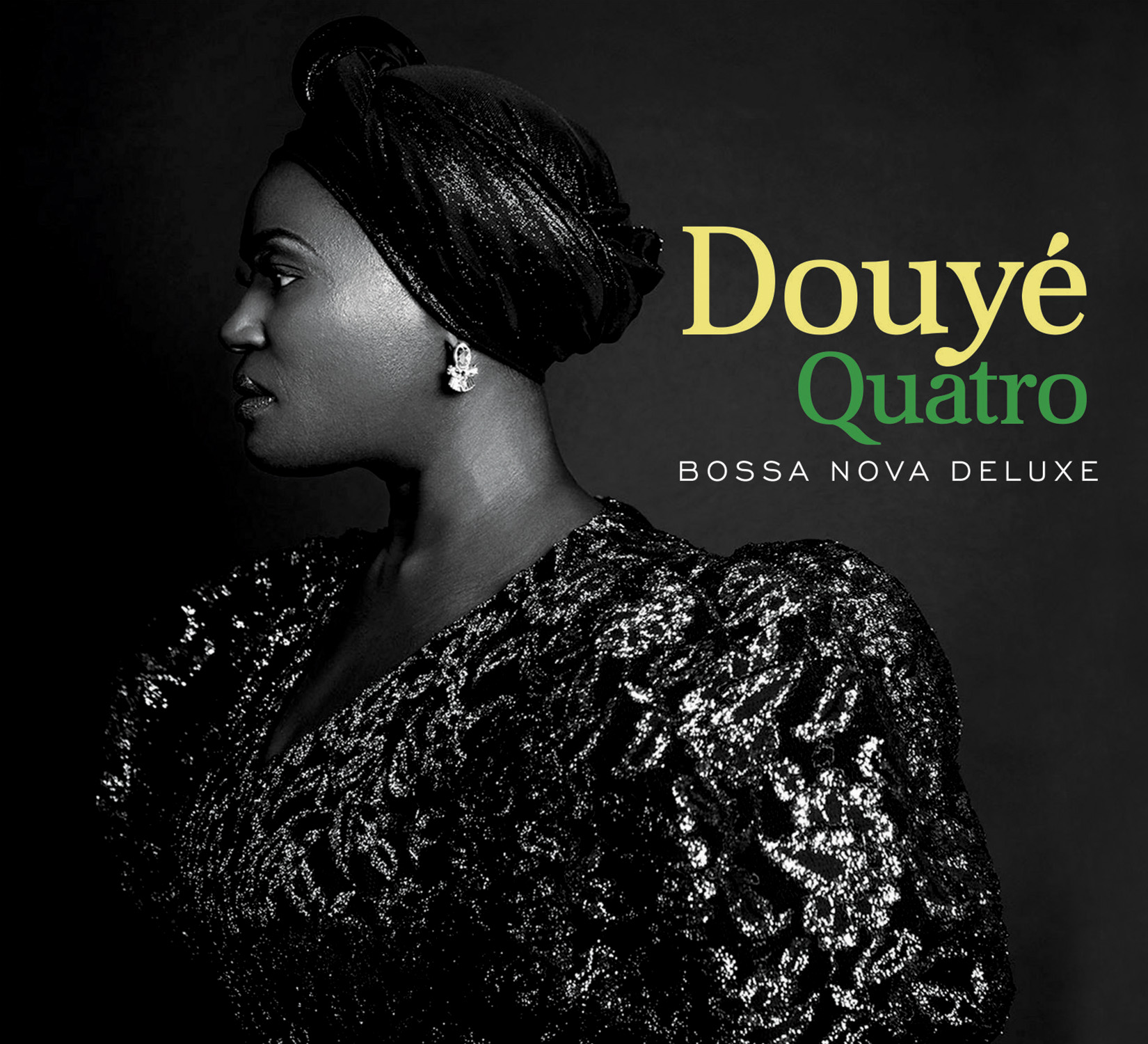