Among the heroes and innovators of ‘70s spiritual/progressive/funk/jazz, Doug Carn has always flown a little under the radar. He has long plied his trade with patience and dedication, releasing absolutely stunning albums that are cherished by cognoscenti but lesser known even to the jazz mainstream, even as his influence can be detected among his colleagues. On December 11, Jazz Is Dead will release their next album: Doug Carn JID005.

Carn's newest project, his entry in the Jazz Is Dead album series helmed by Adrian Younge and Ali Shaheed Muhammad, takes his unique and timeless art and places it within the context of a musical culture that has always taken cues from his ‘70s classics. There's no mistaking the musical mind that created legendary albums like Infant Eyes and Adam's Apple, but the encounter of that with the distinctive jazz-hip hop-funk-noir that is the Younge/Muhammad/JID trademark creates something worthy of comparison to Carn's past work but which could only have been made right now.

Emerging out of Florida at the end of the ‘60s he made his debut on record as perhaps the key member of the Black Jazz roster, releasing four albums for the label between 1971-75 that stand as all-time classics of Black Consciousness expressed through jazz. A key aspect of the success of these albums was the haunting and powerful vocal contributions of his then-wife Jean Carn, whose five-octave vocal range made for memorable renditions of classics like “Peace” (Horace Silver), “Little B’s Poem” (Bobby Hutcherson), “Blue And Green” (Miles Davis) and Doug’s own “Power And Glory.”

Carn’s own luminous work on acoustic and electric piano on all these albums placed him firmly in the realm of contemporaries like Lonnie Liston Smith, Herbie Hancock and George Duke and they were elevated even further by the exquisite sideman work of a number of luminaries including Olu Dara (aka Nas Sr.), Charles Tolliver, Alphonse Mouzon and legendary Cannonball Adderley bassist Walter Booker among others. Following this classic era, Doug and Jean continued to chart their own paths separately, Jean as a solo R&B star with a number of successful albums and singles for Philadelphia International Records and Doug as the same brilliant and creatively restless spiritual-jazz avatar he’s always been. Happily, for the last decade Doug and Jean’s orbits have intersected anew, and they can often be found performing together once again.

“I was barely a year old when Doug Carn released Infant Eyes. To me the album is an expedition of warmth, hope, majesty and pride, where you cross the bridge of venerable wonders on supernatural tones of innovation,” says Shaheed Muhammad. “If you grew up in the ‘70s then you know exactly how consequential his art is. There are so many levels to this and time is never enough to unfold it, but Adrian and I were blessed to spend a twinkle of time with the honorable Doug Carn. We recorded an album that bridges to dimensions seemingly familiar but yet uncharted and raw.”

One can detect nods to musical motifs by Carn's jazz peers that have served as frequent sample fodder, but his compositional and improvisational integrity remain indisputable throughout. A track like "Desert Rain" (the first project's single) effortlessly evokes cinematic images that could take place on a desert plain just as easily as on an urban side street. A recurring bass motif is soon joined by drums and Carn’s distinctive organ on the beautiful track:  a relaxed, lyrical theme which seems to take the vibe associated with ‘70s Black musicians'-collective loft-jazz scenes and combine it with a funky street edge. The organ and horns deftly interact with and dance around each other in harmonically creative ways while being kept tethered to solid ground by the gentle yet unwavering support of the Rhodes, bass and drums.

"Nunca Um Malandro" displays a facility with the Brazilian forms that captivated his generation of musicians just as they've also captivated Shaheed Muhammad and Younge’s, and would fit in snugly on the albums by Marcos Valle, João Donato or Azymuth from this series. All of the things that have made Doug Carn's name one that has been spoken for years in reverent tones are plainly in evidence on this triumphant new work.

"Lions Walk" is taken at a tempo and groove reminiscent of the best of Prestige Records' jazz-funk era and its 4:19 duration sounds like it was plucked from the middle of a heated solo-jam section from a 10-minute workout on one of those records. The interplay here, once again, serves as a reminder of the glorious results achieved when musicians are listening to and reacting to one another in the moment.

Reflecting on Carn’s legacy and the opportunity to collaborate, Younge reminds us: “Doug Carn reigns as one of the greatest jazz organists of all time. Doug Carn JID005 is a testament to his continued legacy and funky contributions to jazz.” 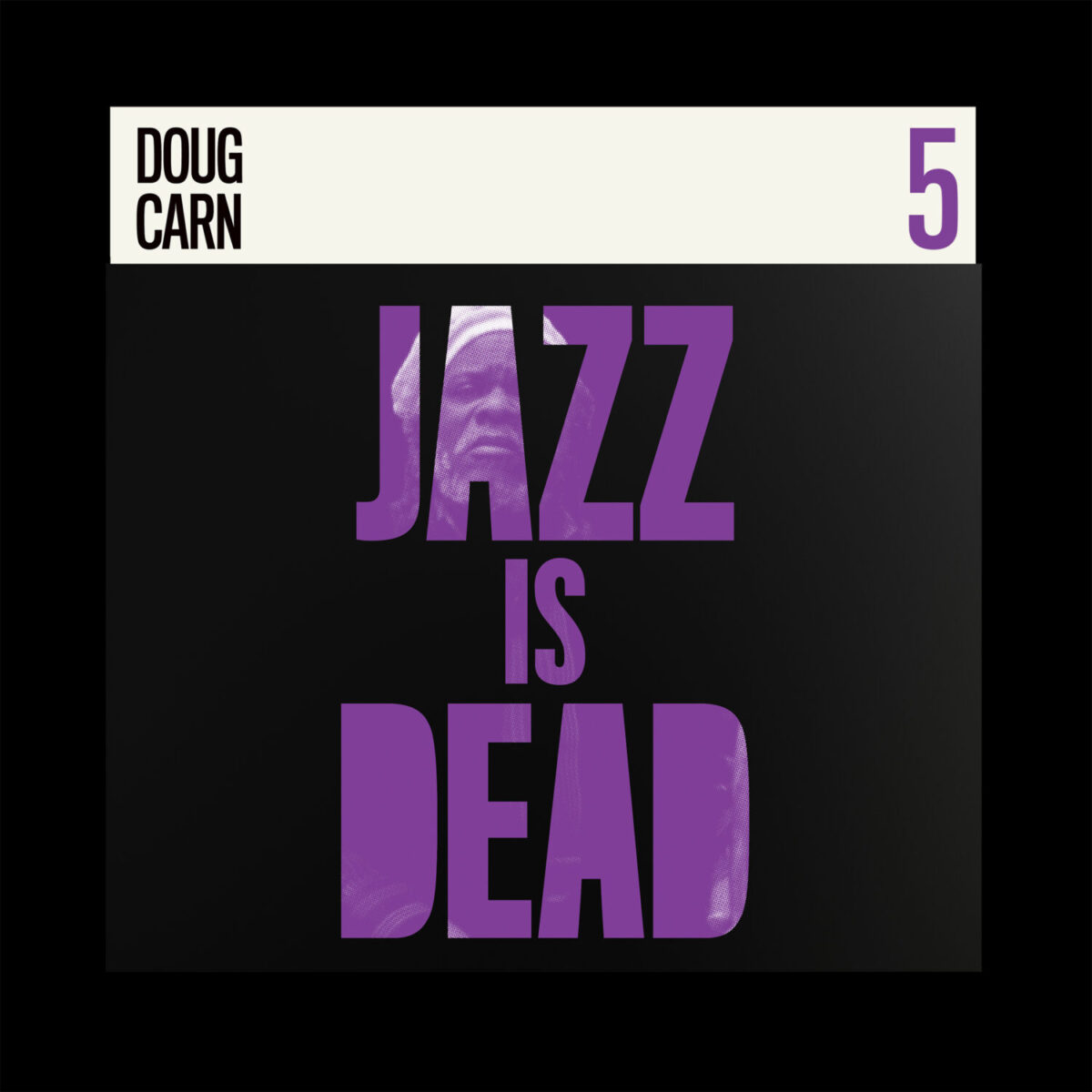