BIO
SHOWS
NEWS
REVIEWS
BIO
Recorded in Buenos Aires last year, Albores [Dawn] is among Dino Saluzzi’s most intimate albums, featuring the great Argentine bandoneonist alone with the instrument that has been his constant companion since childhood.
ECM has documented Saluzzi’s work in many different creative contexts over the years, but it was as a solo performer that he made his first major statement for the label, with Kultrum (recorded 1982) and then Andina (1988). His bandoneon soliloquies hold a special fascination. To hear Dino playing solo is to hear him thinking aloud, in music that traces aspects of a long life and reflects upon friendships and on spiritual matters, drawing inspiration from the arts and from everyday reality. Like one of his permanent references, Jorge Luis Borges, Saluzzi combines memories, meditations, and imaginative flights in the creation of his own world. “Albores is the outcome of more than six decades of understanding music as the product of reason and discernment,” writes Luján Baudino in the liner notes, “the act of capturing feelings in the depth of the soul.”
Often characterised as a “storytelling” musician, Saluzzi’s tales are multi-layered and allusive. The album opens with “Adiós Maestro Kancheli”, a tribute to the Georgian composer Giya Kancheli, who died in 2019. Saluzzi played some of Kancheli’s melodies on the album Themes from the Songbook, recorded in 2010. In his prayerful homage on Albores, Saluzzi alludes to Andean music, a long way from the Caucasus Mountains, perhaps recognising a common bond with another composer whose natural habitat was not the conservatory.
About Dino Saluzzi:
Dino Saluzzi was born in 1935 in the Northwest Argentine province of Salta. After first learning music in the context of the family, he went on to study in Buenos Aires, then returned to the Salta region, consciously embracing its sounds in the new music he was writing then. From the outset, however, he steered clear of rigid stylistic demarcation, and collaborated with musicians across the genres – these including Gato Barbieri, who sought Dino’s help for the rediscovery of his own cultural roots on Chapter One: Latin America.
Since the early 1980s Dino has appeared in many contexts on ECM, from solo and duo to ensembles and orchestral music. Several recordings feature his family band: these include Mojotoro (1991), Juan Condori (2005) and El Valle de la Infancia (2013). Dino’s son, guitarist José Maria, also joins his father in trios completed by Marc Johnson (Cite de la musique, 1997) and Palle Danielsson (Responsorium, 2001). Other meetings with jazz musicians are Once Upon A Time Far Away in the South, with Charlie Haden, Palle Mikkelborg and Pierre Favre (1985), Volver with Enrico Rava (1986), and a duo recording with Jon Christensen (Senderos, 2002). Dino’s pieces for string quartet and bandoneon were recorded with the Rosamunde Quartet (Kultrum, 1998), and there were further collaborations with cellist Anja Lechner, as on Ojos Negros (2006). Dino, Anja Lechner and Dino’s saxophonist brother Felix Saluzzi were the soloists with the Metropole Orchestra on El Encuentro, where Dino’s music was conducted by Jules Buckley (2009). Subsequently, Dino and Felix Saluzzi and Anja Lechner formed a new trio, documented on Navidad de Los Andes (2010). Dino’s compositions for solo piano were recorded by Horacio Lavendera on Imágenes (2013).
The highly evocative quality of Dino Saluzzi’s music has been noted by directors and his work been integrated into important films including Jean-Luc Godard’s Nouvelle Vague and Histoire(s) du Cinéma, Pedro Almodóvar’s All About My Mother, and most recently Fernando Meirelles’ The Two Popes.
For his part, Saluzzi often refers, in his music, to the small villages of his childhood and to the working-class neighbourhoods of Buenos Aires in its golden age. He’s a poet of both the streets and the countryside. “Intimo” paints a picture of “spring reflected in the lights of a yesteryear Buenos Aires.” In “Don Caye - Variaciones sobre obra de Cayetano Saluzzi” he recalls the sounds of his father’s music, the sounds that launched Dino on his long journey. As Dino has said: “We didn’t get any information through the radio or through albums, and there wasn’t any knowledge of academic music or symphonic music or formal concerts when I was very young. But still my father was able to transmit a musical education to me.”
In “La Cruz del Sur” Saluzzi draws upon what Lújan Baudino calls “the ancestral sound”: “The tune expresses the sorrow characteristic from the history of Latin America. It permeates Saluzzi’s sound so that he remains mindful of his origins.”
SHOWS
NEWS
REVIEWS 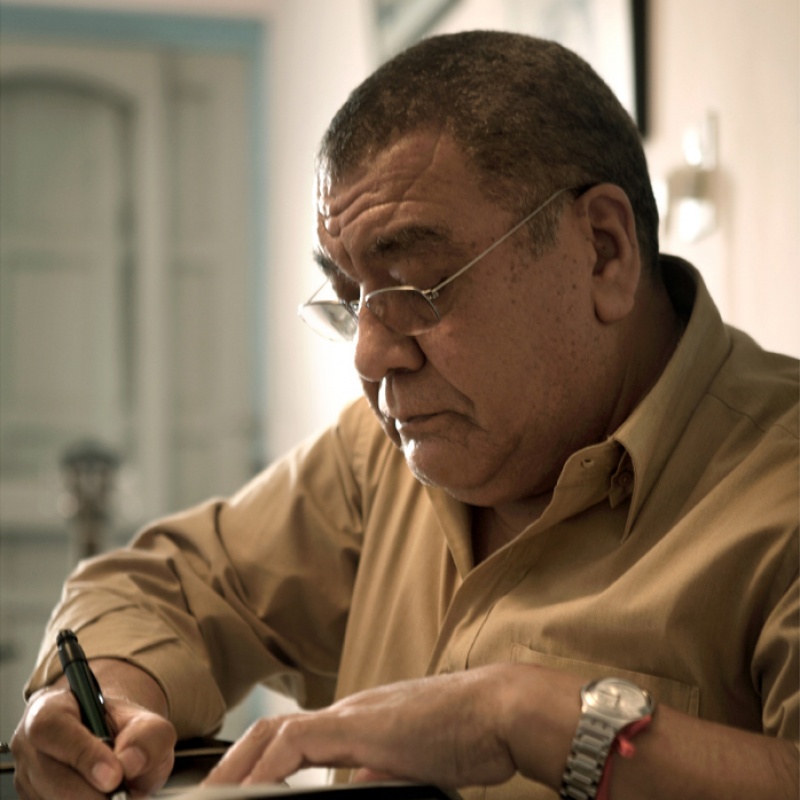 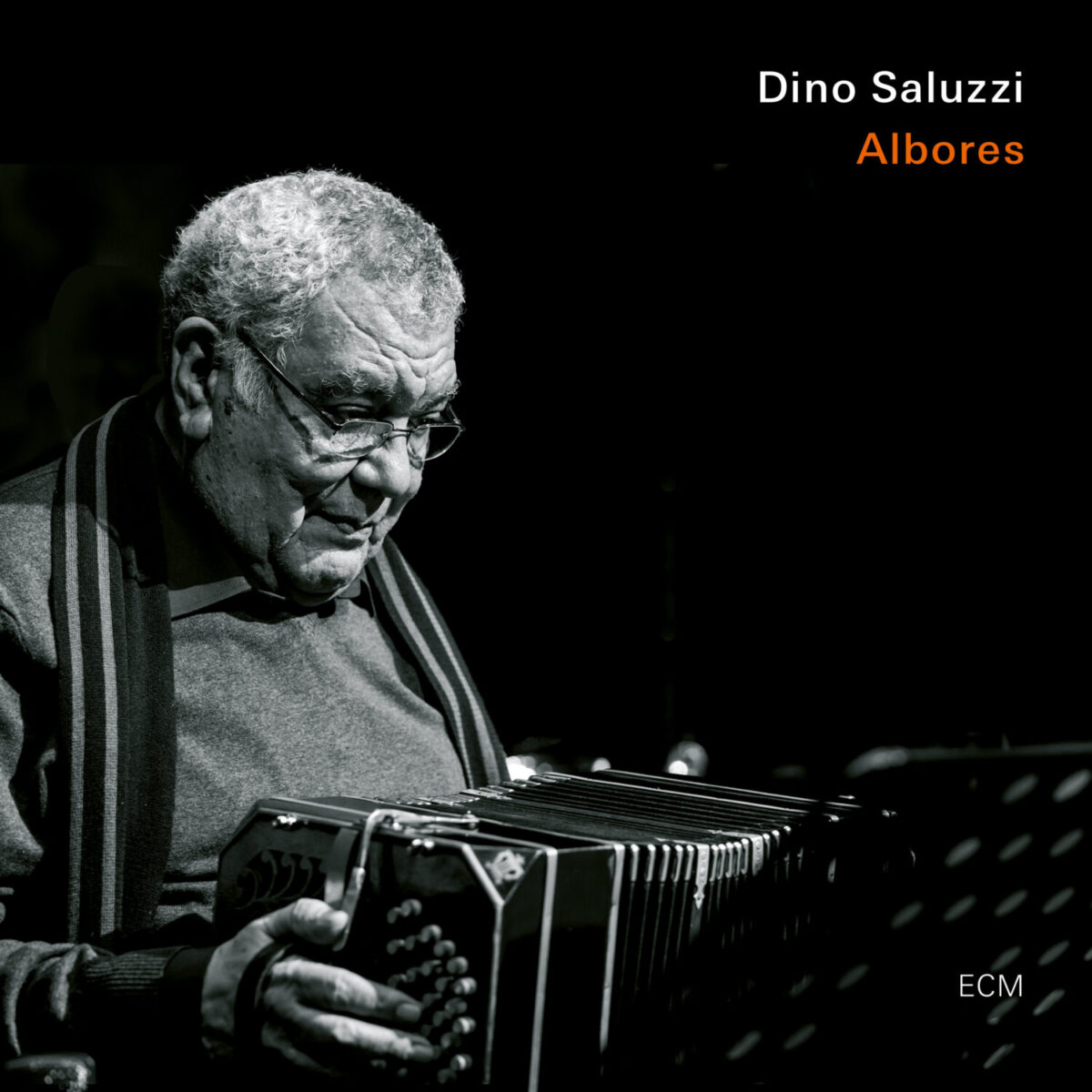