Branford Marsalis has stayed the course. From his early acclaim as a saxophonist bringing new energy and new audiences to the jazz art, he has refined and expanded his talents and his horizons as a musician, composer, bandleader and educator – a 21st Century mainstay of artistic excellence.

Growing up in the rich environment of New Orleans as the oldest son of pianist and educator Ellis Marsalis, Branford was drawn to music along with siblings Wynton, Delfeayo and Jason. His first instrument, the clarinet, gave way to the alto and then the tenor and soprano saxophones when the teenage Branford began working in local bands. A growing fascination with jazz as he entered college gave him the basic tools to obtain his first major jobs, with trumpet legend Clark Terry and alongside Wynton in Art Blakey’s legendary Jazz Messengers. When the brothers left to form the Wynton Marsalis Quintet, the world of uncompromising acoustic jazz was invigorated. Branford formed his own quartet in 1986 and, with a few minor interruptions in the early years, has sustained the unit as his primary means of expression.

Branford has not confined his music to the quartet context. In addition to guest turns with a legion of giants including Miles Davis, Dizzy Gillespie, Herbie Hancock and Sonny Rollins, he has excelled in duets with several major pianists, including his boyhood friend Harry Connick, Jr. and the longtime pianist in his quartet, Joey Calderazzo. Branford’s first solo concert, at San Francisco’s Grace Cathedral, is documented on his latest recording, In My Solitude. Branford has also shared his knowledge as an educator, forming extended teaching relationships at Michigan State, San Francisco State and North Carolina Central Universities and conducting workshops at sites throughout the United States and the world.

Classical music inhabits a growing portion of Branford’s musical universe. With a repertoire including works by Copland, Debussy, Glazunov, Ibert, Mahler, Milhaud, Rorem, Vaughn Williams, Villa-Lobos and Sally Beamish, Branford is frequently heard with leading symphony orchestras including those in Chicago, Detroit, Dusseldorf and North Carolina as well as the New York Philharmonic. He also served as Creative Director for the Cincinnati Symphony’s Ascent series in 2012-13.

Broadway has also welcomed Branford’s contributions. His initial effort, original music for a revival of August Wilson’s Fences, garnered a Drama Desk Award for Outstanding Music in a Play and a Tony nomination for Best Original Score Written for the Theater. Branford also provided music for The Mountaintop, starring Samuel L. Jackson and Angela Bassett, and served as musical curator for the 2014 revival of A Raisin in the Sun.

Some might gauge Branford Marsalis’s success by his numerous awards, including three Grammys and (together with his father and brothers) his citation as a Jazz Master by the National Endowment for the Arts. To Branford, however, these are only way stations along what continues to be one of the most fascinating and rewarding journeys in the world of music.

In My Solitude: Live at Grace Cathedral, Available October 21 on

Branford Marsalis continues to prove that there is no context too large or small to contain his gifts. A reigning master of the jazz quartet format, dedicated champion of the duo setting, in-demand soloist of classical ensembles both chamber and orchestral, and session-enhancing special guest on an array of rock, roots and pop performances over the course of his career, his ever-broadening creativity and instrumental command have created the profile of a multi-dimensional musician with few peers among contemporary performers.

One setting notably absent from Marsalis’s resume until now has been the unaccompanied solo concert. This most daunting of formats poses particular challenges that were met with his signature blend of serious intent, technical rigor and emotional directness when Marsalis brought his soprano, alto and tenor saxophones to Grace Cathedral on October 5, 2012. This San Francisco landmark, the site of Duke Ellington’s Sacred Concerts in the Sixties and, since 1983, home to recitals at the centerpiece of the annual San Francisco Jazz Festival, proved an ideal setting for a program spanning early and post-bop jazz, baroque and contemporary classical music and spontaneous improvisation. The results can be heard on In My Solitude: Live at Grace Cathedral, the new album that Marsalis is releasing on his Marsalis Music via OKeh Records imprint on October 21, 2014.

As might be expected from someone with such a refined appreciation of musical excellence, Marsalis prepared by listening to solo recordings by a range of preferred artists, including Sonny Rollins, Steve Lacy and Sam Newsome from the jazz world as well as Anner Blysma, Angela Hewitt and Arno Bornkamp among classical players. He also committed himself to a program that transcended blatant displays of virtuosity. “From my time playing r&b and rock and roll, I can listen like a casual listener,” he notes, “but the challenge for 80% of any audience, for any kind of music, is hearing melody and improvisation based on melody. Playing a lot of notes can be impressive at first, but will quickly make every song sound similar. So everything I played at Grace Cathedral was based on songs with great melodies, not being too `notey,’ and utilizing the feeling in the room.”

Getting the most out of the moment may be illustrated most clearly on “Improvisation No. 3,” where Marsalis’s tenor saxophone engages in conversation with a passing siren, while each of the 11 tracks reflects his appreciation of the vast cathedral space. “Every room has a sound of its own,” Marsalis emphasizes. “There’s a difference between playing in the Village Vanguard, and Alice Tully Hall in Lincoln Center, and Royal Festival Hall in London; and there is definitely a difference playing in Grace Cathedral, with its seven-second delay. Playing solo interludes in other rooms where my quartet performs was not going to prepare me. I had to hear that Grace Cathedral sound in my head.”

The melodies Marsalis chose for inspiration include two of his own, “The Moment I Recall Your Face” and “Blues for One,” Hoagy Carmichael’s uberstandard “Stardust,” Steve Lacy’s “Who Needs It?”, a movement from a baroque sonata by Carl Philipp Emanuel Bach, and “I’m So Glad We Had This Time Together,” the closing theme of Carol Burnett’s classic television show. One of the biggest challenges and clearest signs of Marsalis’s evolving mastery is his interpretation on alto saxophone of “MAI,” a through-composed piece by Japan’s Ryo Noda that tests the mettle of the most accomplished recital-hall saxophonists. “This is a great piece, with multiphonics and other fingerings not typical for the saxophone, that captures the spirit of the shakuhachi, the bamboo flute on which a purely Japanese form of music has been created. While I was in Japan recently, a friend gave me a tour of sorts in which I heard the instrument played in a variety of settings, which helped me to appreciate that patience, rather than getting to the point as quickly as possible, is everything. I wanted to honor the original intent of Noda’s music, and I knew that the audience would relate to the sound of the piece in Grace Cathedral.”

Marsalis also determined to balance the program with four improvisations, each of which sustains the mood of deep feeling and melodic coherence. “Musical spontaneity, like spontaneity in any language, has to be within a context to be meaningful,” he emphasizes, “and the more music you know, the more spontaneous you can be. So I went out on stage with spaces intentionally left in the program, where I could create improvisations clearly based both on what I had just played and the feeling of the room and the audience.”

Regardless of its starting point, each track confirms that, whether playing soprano, alto or tenor saxophone, Marsalis possesses one of the warmest, most direct and expressive sounds of any instrumentalist. “My main concern has been eliminating any shakes in my tone, and classical practice helps a lot with that,” he says, “but otherwise I don’t think about creating something people will think of as my sound. When it’s time to play the gig, I just let it happen.”

“Playing a solo concert is just hard,” Marsalis admits. “After a gig, I’m usually happy to spend time with friends, but after the Grace Cathedral concert I just wanted to go to sleep. After all, if I have an off night with my band, Joey [Calderazzo], Eric [Revis] and Justin [Faulkner] will pick up the slack. But this was just me.”

Yet no reinforcements were required. In My Solitude: Live at Grace Cathedral is both intensely introspective and accessible without compromise, a singular achievement in the singular career of Branford Marsalis.

all dates are with the Philadelphia Chamber Orchestra unless otherwise noted

October 26 / Otis A. Singletary Center for the Arts / Lexington, KY

Branford Marsalis · In My Solitude 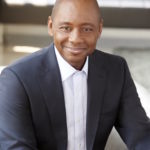 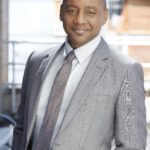 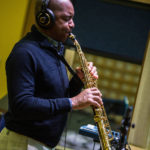 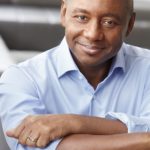