A self-described ‘old fashioned romantic,’ Moscow-born pianist-composer Yelena Eckemoff once again demonstrates uncommon lyricism and a gift for melody on In the Shadow of a Cloud, her 11th recording since transitioning from the classical world to jazz back in 2010 with the release of Cold Sun on her own L&H Production label. With a pristine touch and refined sense of form, Eckemoff organically blends classical elements with jazz improvisation in her evocative pieces that strike a delicate balance between being through-composed and full of open-ended exploration. She is joined on this compelling double album by a stellar crew of New Yorkers in Chris Potter on multiple reeds and flute, Adam Rogers on guitar, Drew Gress on bass and Gerald Cleaver on drums, all playing together for the first time.

Eckemoff pushes the envelope a bit further with her stellar crew on In the Shadow of a Cloud, her most upbeat and accomplished recording to date. Once again, Eckemoff wears many hats on this project by not only composing and arranging all the music, recruiting the band and producing the music for her own independent label, but also providing the evocative painting that graces the cover and the series of poems that accompany each track in the 28-page booklet.

Beyond the luxurious packaging, the highly affecting music on In the Shadow of a Cloud is imbued with remarkable band interplay and daring improvisations from the jazz heavyweights who serve as her sidemen on this ambitious double album set. And they each had high praise for Yelena in working with her on this tightly-knit project.

“The session went extremely well. Yelena has some very idiosyncratic music, very evocative, and it was a real pleasure to play it, especially with her and these other fine musicians,” states Cleaver. Potter reflects, “The music itself awakens a feeling, and that seems to be the center of where she is approaching music from, which I like a lot.”

Like her last two concept albums–2016’s Leaving Everything Behind (about emigrating from her native Russia in 1991) and 2017’s Blooming Tall Phlox (about how certain smells from her childhood in Russia still trigger magical memories)–In the Shadow of a Cloud is another personal statement from the prolific composer.

Whether it’s her memories of the sound of grasshoppers in a country field, the massive iron railroad bridge with wooden walkways near her home, her grandpa’s motorboat, the sensation of swinging in a hammock with her mother or the fragrance of wild lilies mixed with the smells of warm asphalt and potatoes and onions frying on kerosene burners, Eckemoff’s In the Shadow of a Cloud stands as an evocative soundtrack for the life she left behind in Russia when she and her husband emigrated to North Carolina in 1991. “All of those places and people are lost for me,” she says. “So I write about them, even in this short way. I want a longer life for them than just in my memory.”

The title track, which opens the first album, is moody and atmospheric, though it contains elements of polyphony between the instruments. Potter delivers a powerful tenor solo here that culminates in some urgent free blowing in the rubato section. The saxophonist also shines on the driving “Saratovsky Bridge” and more introspective “Fishing Village,” both underscored by Cleaver’s intuitive and interactive pulse on the kit. Potter delivers a rare turn on flute on the dreamy 5/4 “Waters of Tsna River,” which also features brilliant cascading solos by Rogers and Eckemoff herself. “It’s very interesting the way that Yelena writes and thinks about music, the way she would describe every song before we did it,” states Potter. “She clearly has a strong visual or memory sense that’s associated with everything. And you can feel that in the way she writes.”

The gentle “Acorn Figurines,” underscored by Cleaver’s delicate brushwork, is a kind of jazz sonata for quartet showcasing Rogers’ signature legato flow on the fretboard. Gress also turns in an arresting arco solo on this unique hybrid number. Guitarist Rogers also shines on the surging “On the Motorboat,” which shifts into the rubato zone midway through, resulting in some of the most provocative and free-wheeling moments of the session from all the participants. The first album closes with the lazy meditation “Hammock Stories,” which sets the perfect tone for a hot summer day in the backyard.

The second disc opens with jaunty quartet swinger “Picnic in the Oaks,” which has Rogers, Eckemoff, Gress and Cleaver all contributing potent solos. Potter returns on soprano sax for the engaging “Waltz of the Yellow Petals,” which is fueled by Cleaver’s loosely swinging approach to the kit and also features another remarkably fluid solo from Rogers. “Yelena’s music is quite beautiful and really unique. It’s different from a normal jazz record because it’s more through-composed,” states Rogers. “But I wouldn’t describe it as being a ‘classical-jazz’ hybrid record, because it sounds more like she’s assimilated these influences and is expressing them in an already very processed way; processed in a really good way.”

Another quartet number, “Trail Along the River,” has a distinctly through-composed quality, though Eckemoff and Rogers break loose for some sparkling solos within the form. Potter returns on soprano sax on the moody “Lament,” then adds a new color to the proceedings with his potent bass clarinet work on the driving “Vision of a Hunt.” The melancholy quartet ballad “The Fog” showcases Potter’s soaring soprano sax alongside Eckemoff on piano, Gress on bass and Cleaver on drums. The second disc closes with the very pleasant “Tambov Streets on a Summer Night.”

While some of her past works, like Leaving Everything Behind and Blooming Tall Phlox are largely nostalgic, the story of In the Shadow of a Cloud ends with an optimistic outlook at the present and future. As Eckemoff explains, “In the last piece, ‘Tambov Streets on a Summer Night,’ I turn down the opportunity to re-live my past as a shadow, invisible to all, and instead choose the present: Even though my heart aches with love/For the people and places of past days/I don’t belong in those times anymore./My time is in the present/Where I have many tasks unfinished, where my life’s work awaits me./No matter that the road before me grows shorter, I am eager to see what the future holds in store for me 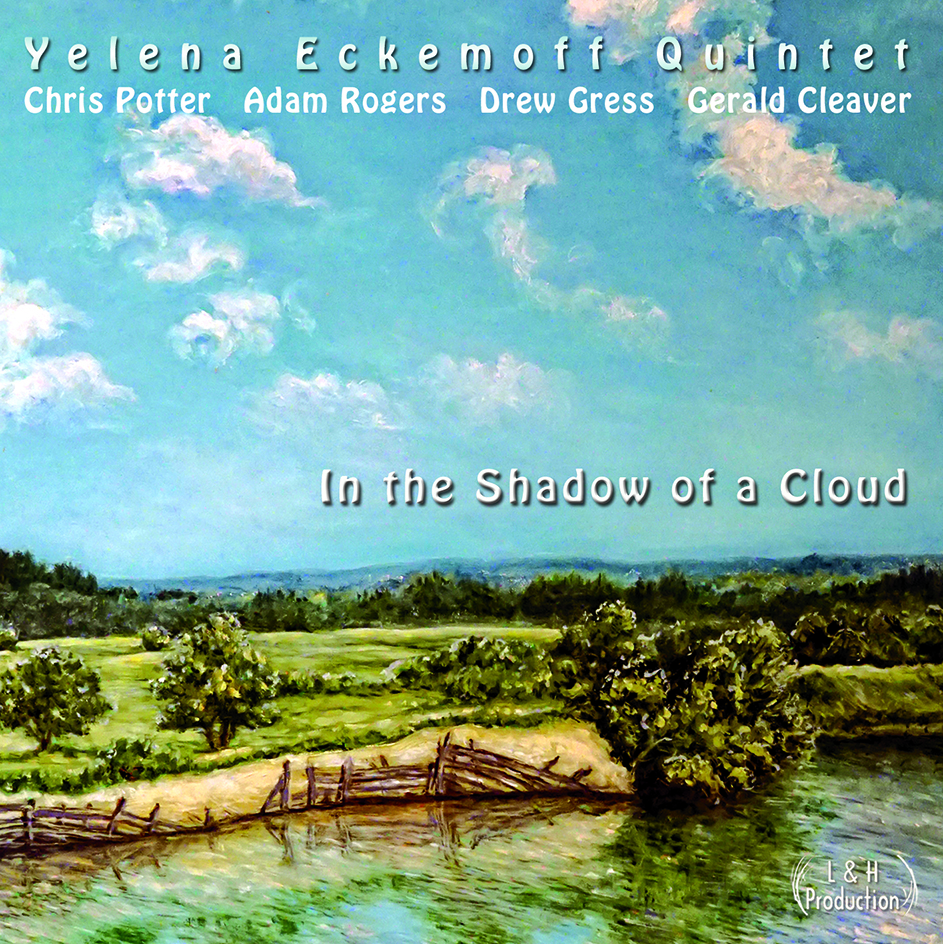 In the Shadow of a Cloud