When we think of Christmas, sometimes it’s the sights that come to mind: the multi-colored lights framing the windows of neighbors’ houses, the line of eager children waiting to sit on Santa’s lap, the Nativity scene on the lawn at the local church. Or maybe it’s the smells that arise first: fresh-baked gingerbread, pine needles, a turkey dinner in the oven.

On his new album for Artistry Music/Mack Avenue Music Group, GRAMMY® Award-winning saxophonist Kirk Whalum asks How Does Christmas Sound? On his second holiday-themed album, Whalum doesn’t answer that question in the expected way – revisiting the most familiar carols, the ones that have already worn out their welcome most years by the time Thanksgiving rolls around. Instead, he finds a more spiritual, introspective sound for Christmas, one that acknowledges the melancholy that often accompanies the Yuletide and the faith that is so central to his own celebrations.

“You can talk about the sights and the smells, but to me it's always a sound that takes me to the true meaning of Christmas,” Whalum explains. “Even in April, I will put on Nat King Cole’s Christmas record and it brings me peace.”

Due out September 10, How Does Christmas Sound? follows Whalum’s previous holiday album, 2001’s GRAMMY® Award-nominated The Christmas Message. Over the last decade he’s regularly celebrated the season with his annual “A Gospel According to Jazz Christmas” Tour. So, it only made sense to revisit the Christmas canon with a renewed perspective, especially following a season when many families spent the holiday apart during the pandemic.

“We had to sit out a Christmas,” Whalum says. “I realized during the pandemic that Christmas means more to me now than it ever did. Like my faith, Christmas is axiomatic to my life, and I have evolved spiritually in so many ways.”

To reflect that profound evolution, Whalum reconvened with producer/trumpeter James McMillan, with whom he also worked on his monumental 2019 album Humanité, also on Artistry Music. The two share a friendship dating back much further, however, to their days touring in the horn section for the British pop duo Everything but the Girl. Their close relationship, as well as their experiences conceiving the globe-spanning Humanité, made McMillan the ideal collaborator for this latest endeavor, so Whalum returned to the producer’s studio in the seaside English hamlet of Hastings.

“One of the main points we made with Humanité was the fact that there's so much life and culture and beauty that exists outside of your world. I'd like to say that life can be about getting to know some of it. So, James had the idea to bring to light all of these more obscure Christmas songs. It gave us a great opportunity to unearth these jewels of Christmas songs that exist outside of the American mainstream.”

Those unexpected selections include the hymns “A Babe is Born” and “Es Ist Ein Ros Gesprungen” and the Contemporary Christian song “Thorns in the Straw.” Originally written and recorded by British singer-songwriter Graham Kendrick, the latter is here reimagined with a bright jazz feel and vocals by the saxophonist’s brother, singer Kevin Whalum.

Family is central to the album as a whole, as it always has been throughout Whalum’s career. On the album’s title track, one of two new songs penned by Whalum for the occasion, the saxophonist’s nephew, actor/singer Kortland Whalum, is the featured vocalist, while his son Kyle Whalum handles bass duties.

“My discography is always about family, and this record is no different,” Whalum says. “Whenever I record music, I'd be crazy not to use my son who plays with Kelly Clarkson, my nephew who is out doing Broadway shows and my other nephew who plays with Bruno Mars.” (Whalum’s nephew, trombonist Kameron Whalum, is in fact so busy with his Bruno Mars duties that he was unable to participate in How Does Christmas Sound? but he’s a frequent guest on his uncle’s projects.)

Not all of the songs that make up How Does Christmas Sound? are quite so arcane. The second track is perhaps the album’s most unexpected, a forlorn treatment of Mariah Carey’s “All I Want for Christmas,” which has become the iconic Christmas song of its generation. Whalum’s reverently slow version becomes a song of faith, directed to the saxophonist’s savior rather than a Yuletide lover.

“I probably would never have recorded that song, though it’s apparently the most popular Christmas song since ‘Joy to the World,’” Whalum admits. “My daughter convinced me, and James agreed that there was gold to be found in the song. When you slow it down it makes one consider the materialism and expectations around Christmastime that end up leaving people feeling empty and disappointed sometimes. So, in essence I'm saying to Christ, ‘You do the things that I need and fulfill my greatest dreams, so that as a gift is more than sufficient.’ It just so happens that because of that great gift, I also have these other gifts, like my wife and my family.”

Whalum’s crooning tenor finds an intimate moment amidst all the year-end festivities on a wistful “What Are You Doing New Year’s Eve?” aided by Mark Edwards’ sensitive piano and Marcus Finnie’s whispering brushwork on the drums. He switches to flute for an updated “God Rest Ye Merry Gentlemen” and is joined by rising R&B star Chantae Cann on the Contemporary Christian favorite “Mary Did You Know?” which has been recorded by everyone from Kenny Rogers and Wynonna Judd to Cee-Lo Green, Pentatonix to Dolly Parton.

Whalum’s second original, with lyrics by Nashville singer-songwriter Benita Hill, is the romantic ode “Seven,” with lead vocals by Kevin Whalum backed by the rich harmonies of Take 6. “What guy or girl wouldn't want to have someone write a song about them as the seventh wonder of the world?” Whalum muses. “It’s the perfect Christmas present.”

Conceived in Whalum’s home studio, his unique take on “Angels We Have Heard on High” is a solo tour-de-force layering soprano, tenor and baritone saxophones with percussion generated by the hammering of saxophone keys, all deftly performed by Whalum himself with accompaniments by Edwards and McMillan. The album concludes with an impassioned rendering of “In the Bleak Midwinter” given silken texture by the guitar playing of Mark Jaimes.

More than just another merry round of caroling, How Does Christmas Sound? is Whalum’s attempt at offering a moment of soul-searching for Christmas revelers and a balm for those whose holidays don’t shine as brightly.

“In Christendom we have this beautiful hymn, ‘There's a Balm in Gilead,’ which says, ‘to heal the sin-sick soul, to make the wounded whole,’” Whalum shares. “I wanted to make it a point to ask how does Christmas sound when your heart is sad, when you feel anything but joy? I'm hoping that it impacts people in that way, that it reminds listeners that God is thinking about them.” 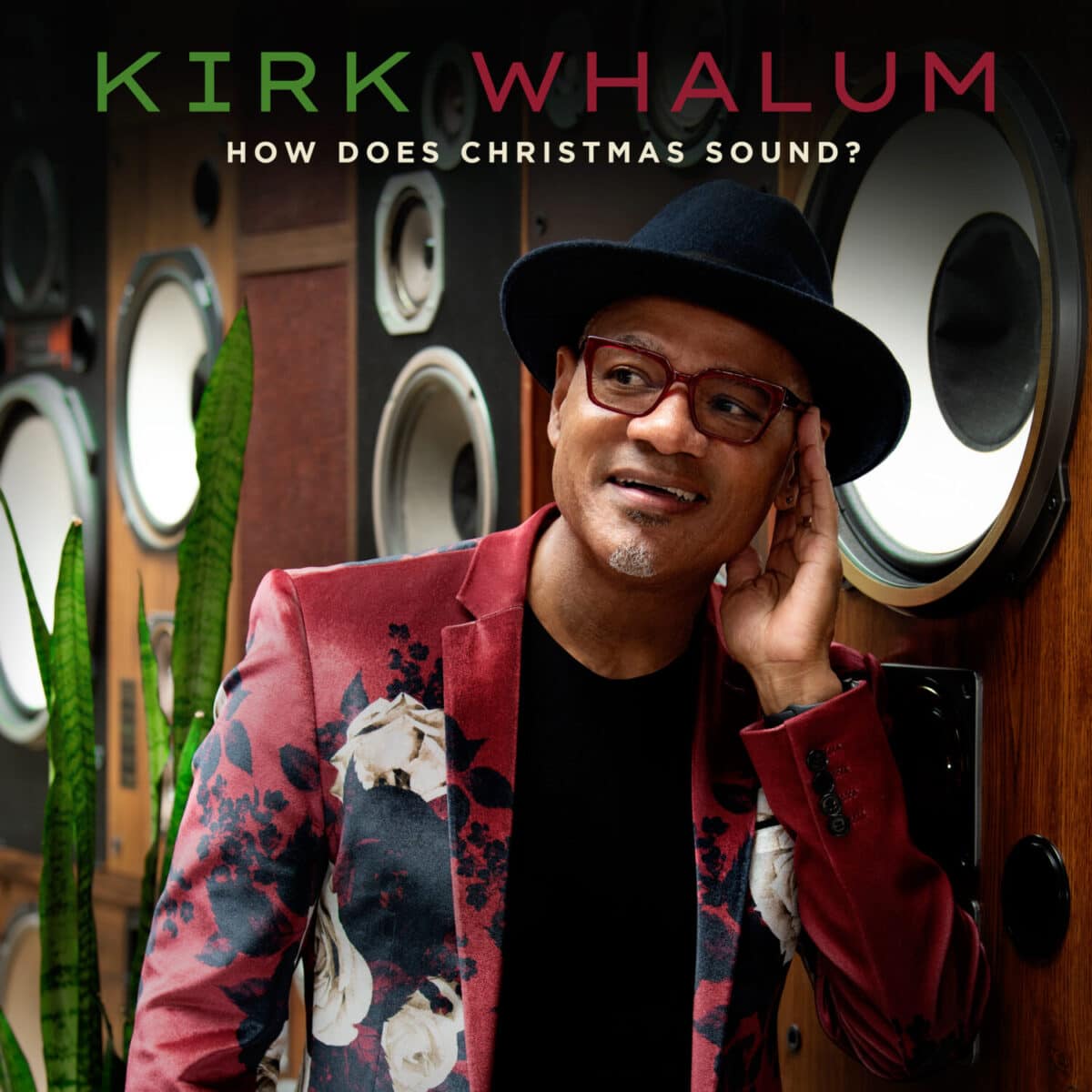 How Does Christmas Sound?