With the release of her 2018 Mack Avenue debut, Crime Zone, pianist/keyboardist Connie Han seized the attention of the jazz world and firmly established herself as a fast-rising star on the scene. That stratospheric ascent continues on her captivating follow-up, Iron Starlet, due out April 10th.

As the title makes vividly clear, Han’s career may be in the early stages of what promises to be a vertiginous climb, but the 23-year old is no wide-eyed aspirant, timidly searching for her place in the crowded jazz landscape. One listen to Iron Starlet is ample evidence that she’s every bit an armor-clad talent as the name implies. Her powerful vision takes in the full evolution of her forebears, from iconic innovators like McCoy Tyner and Hank Jones through the Young Lion revolution spearheaded by the Marsalis Brothers, Kenny Kirkland and Jeff “Tain” Watts, among others.

“The intention of this music is to continue a legacy of tough, primal, raw but still intellectually engaging straight-ahead jazz,” Han declares. “I am an aspiring star in this music, but I am not a naïve, uncertain girl that people wrongly associate with that term.”

The toughness at the core of Iron Starlet is rooted in its rhythmic drive, anchored by the trio of Han, bassist Ivan Taylor and drummer and co-producer Bill Wysaske. They’re joined by the stellar frontline of saxophonist Walter Smith III (returning from Crime Zone) and trumpeter Jeremy Pelt, an ideal pairing to realize the compelling blend of sophistication and grit that Han imbues into every piece.

Han and Wysaske formed a fruitful musical partnership while the pianist was a student at Los Angeles County High School for the Arts. The two share strong opinions on ways in which to carry forward the lessons of the past while crafting music that is wholly alive to the moment. Their keyboard-drum partnership establishes the muscular rhythmic spine of their music.

“We subscribe to a philosophy of music that is driven by complex and sophisticated rhythm,” Han explains. “The rhythm isn’t hard just to be hard; it all comes from a place of pure human instinct.”

Han’s philosophy is perhaps best explained by listening to the title track of Iron Starlet, which opens the album. A blistering, percussive barrage lays the foundation for Pelt’s fire-breathing horn, which evokes the brawny eloquence of the great Freddie Hubbard. Han then takes over with a relentless solo, parrying Wysaske’s keen-edged thrusts with an unflagging energy that recalls the jaw-dropping chemistry of Kirkland and Watts when they burst onto the scene.

Wysaske’s “Nova” follows; a staple of the band’s live set, the tune showcases Han’s velvety Rhodes playing, which turns a complex tune with intricate metric shifts into something deceptively alluring and elegant. Han’s “Mr. Dominator” is a swaggering blues that draws inspiration from the legendary Jones brothers, Hank and Thad. The pianist’s incisive attack instantly conjures the image of McCoy Tyner on “For the O.G.”

“I don't think anyone else did as much for the modern jazz piano as McCoy Tyner did,” Han says. “He really pushed the instrument forward as a percussive and interactive instrument, especially in tandem with the drums. Plenty of other piano players in the history were known for playing a lot of piano, but when McCoy Tyner plays, he’s able to be aggressive and full while also inspiring the rhythm section and provoking the drummer to react. I did my best to showcase my admiration in this tune.”

The Rhodes returns to mesmerizing and exploratory effect on Wysaske’s brilliant arrangement of “Hello to the Wind,” a composition by drummer Joe Chambers originally recorded on Bobby Hutcherson’s 1970 classic Now! The piece blends elements from several disparate sources, from Stephen Sondheim showtunes to the Simpsons composer Alf Clausen.

The band then shifts gears for “Detour Ahead,” with Han’s delicate expressiveness revealing her gift for eloquently interpreting a standard. Wysaske contributes two more compositions: the gently swaying “Captain’s Song” and the burly, swinging “Boy Toy.” When writing music for Han, the drummer says, “I’m not able to write anything that she can’t execute, which offers a lot of options. We share a lot of the same influences and tastes and inspirations, but she’s great at taking that inheritance and moving it into her own original sound.”

The album concludes with a pair of Han originals. “The Forsaken” is a jazz waltz that seems to dance a few inches off the ground, with the soft cushion of Taylor’s bass, the graceful whisper of Wysaske’s brushwork and the airy agility of Han’s keyboard work. “Dark Chambers” is another steamroller of a tune, recalling the aggressive groove of Kirkland’s “Chambers of Tain” from Wynton Marsalis’ Black Codes (From the Underground), a seminal album for this band and its music.

When discussing her new album, Connie Han is unafraid of using the word “tradition,” secure in the fact that she’s not a throwback but a fresh voice inheriting a legacy of powerful voices and raw power expressed through jazz. “This band can go from the blues to the esoteric,” she says. “But we always strive to bring out the darkness, grit and depth in this music as much as possible. Those are the elements that we’re inspired by and the values that we hold quite dear.”

“This 22-year-old pianist is the rare musician with fearsome technical chops, a breadth of historical knowledge and enough originality to write tunes that absorb your ear easily.” –The New York Times (Pop and Jazz Fall Preview)

“Mack Avenue has found a diamond in the rough.” – DownBeat

“She’s got all the technical mastery she’ll ever need and has absorbed the
post-bop piano masters, both considerable achievements for anyone,
let alone someone so young.” – DownBeat

“…Han has a creative future ahead of her.” – All About Jazz

"Twenty-two-year-old pianist Connie Han comes at
you flashy, fast, and furious.” – All About Jazz

“...it's flashy and fast with more than enough sense of history and creative curiosity to keep your ear pinned to whatever device you're listening on.” – All About Jazz

"Connie Han is an amazing discovery for Mack Avenue, a young 20-something wellbeyond her years as both a human and a player. I honestly feel that she is the first young pianist I’ve heard who is more influenced by the neo-classicists young lions of the Kenny Kirkland/Mulgrew Miller era than of the many giants who came before them. " – Mark Ruffin, Sirius XM “Real Jazz”

"Wise beyond her years playing is what pushes this sophomore outing
in which she connects with her own voice over the finish line with
room to spare.” – Midwest Record Recap

“At the age of twenty-two, Connie Han brings something fresh for her peers to
pay attention to, with one-foot quicksand-deep in jazz history and another
high-heeled boot stepping swiftly into the future.” – Musical Memoirs

"I am spellbound by her speed and agility on the 88-keys.” – Musical Memoirs

"Connie Han is an exceptional pianist with a style
and a presentation all her own.” – Musical Memoirs

"This is a solo piano presentation that shatters any preconceived ideas about her ability on her instrument. Connie Han’s youthful talent is a serious force on both piano and electric keyboards.” – Musical Memoirs

"Here is a young, blossoming pianist who doesn’t just play expertly,
but she has a passion brightly burning in her presentations. As she flowers,
her obvious talent is glowing successfully, like a sunrise peeking through
a cloudy morning.” – Musical Memoirs

“Ever so often, a new artist comes onto the jazz scene with the
impact of a meteorite. Enter one Connie Han bringing a fire, passion,
and maturity that belies her youth.” – Smooth Jazz Magazine

“This next generation pianist who hails from L.A. has created an edgy blend that combines the best of tradition while making forays into modern jazz and blending the two to create what is uniquely hers.” – Smooth Jazz Magazine

“Here is an innovator with a fresh approach,
fiery yet sensible. Fierce yet sensitive.” – Smooth Jazz Magazine

“…these set of ten songs reveal a fully developed,
twenty-two-year-old talent.” – Something Else! Reviews 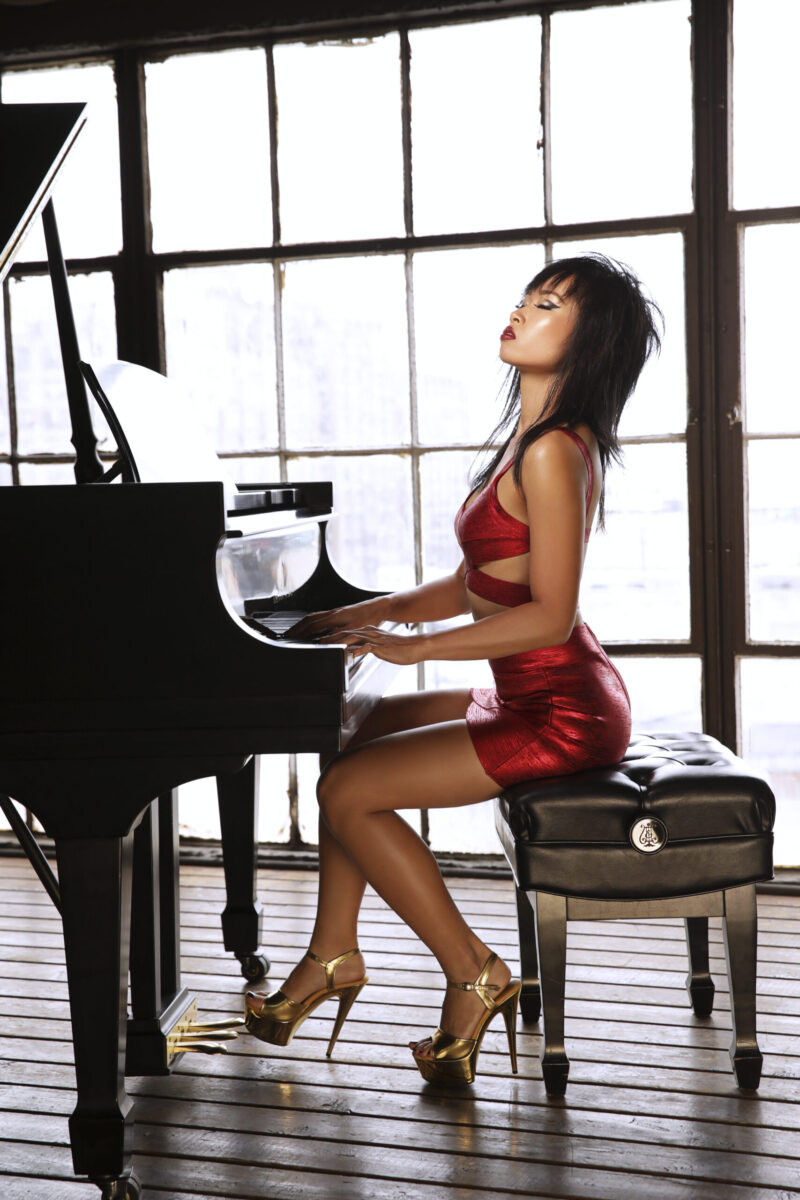 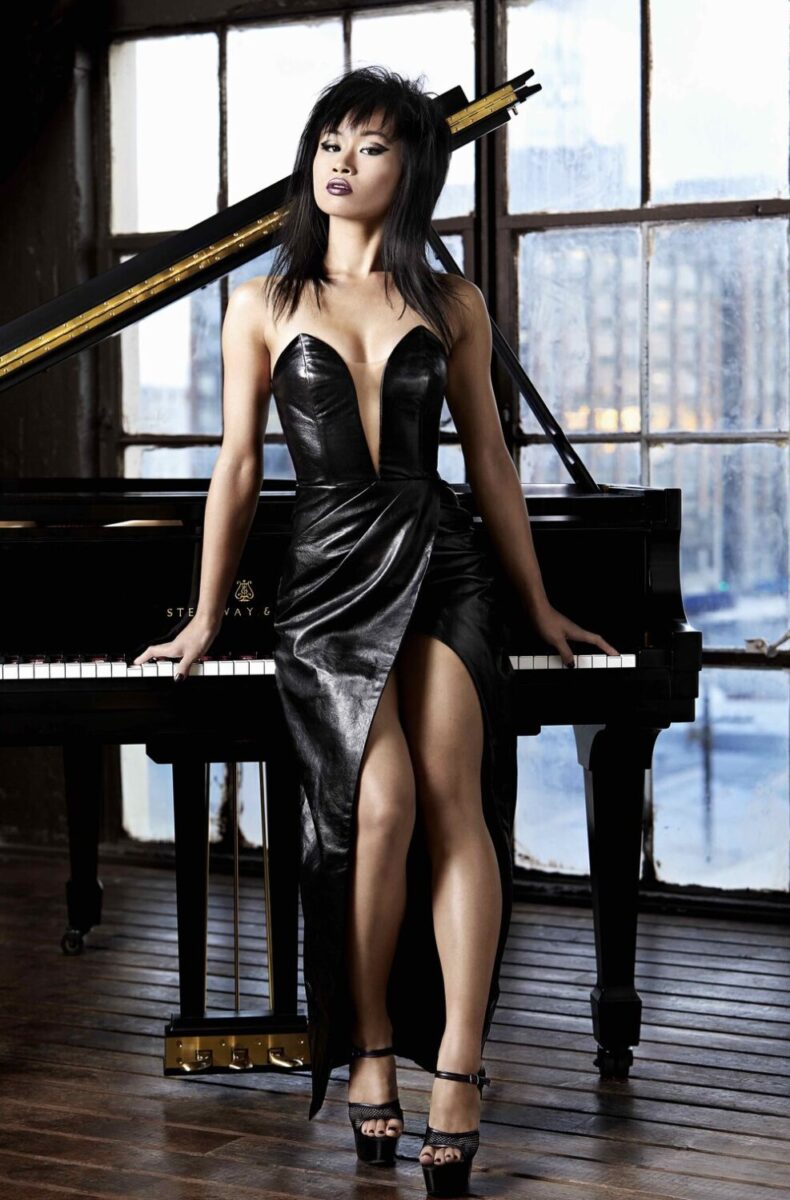 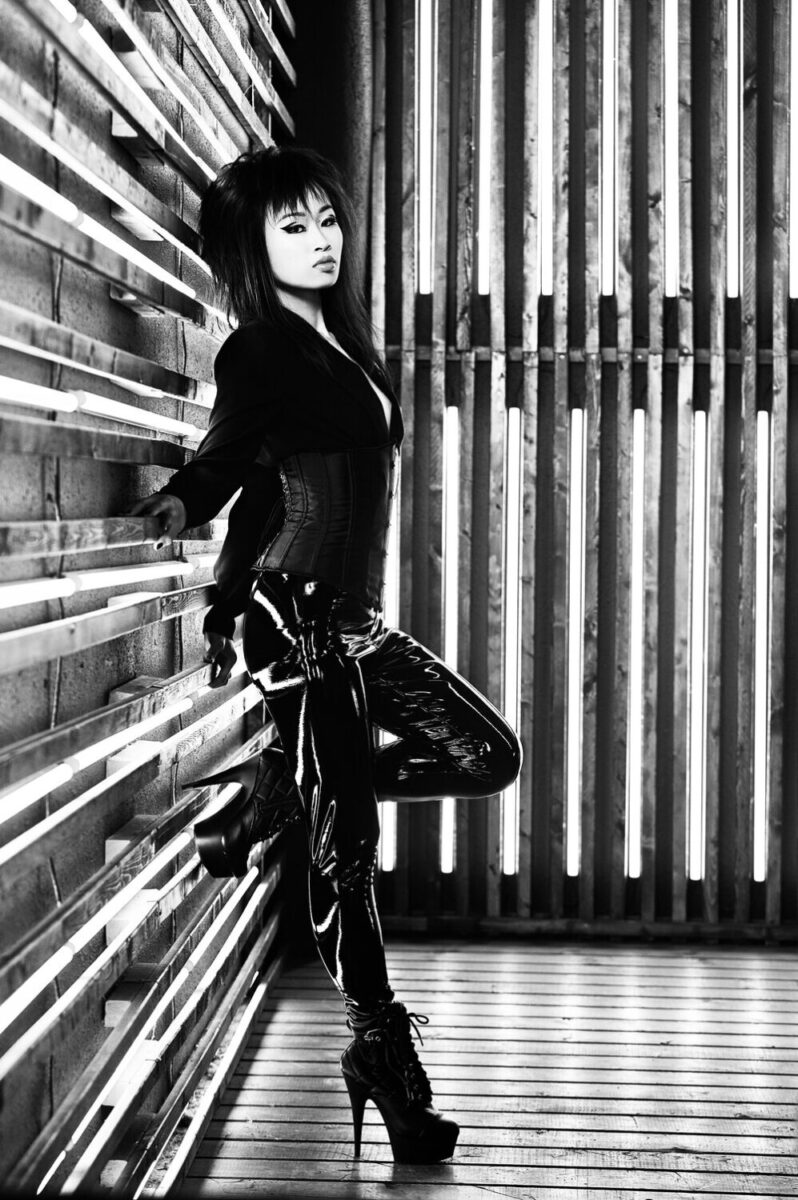 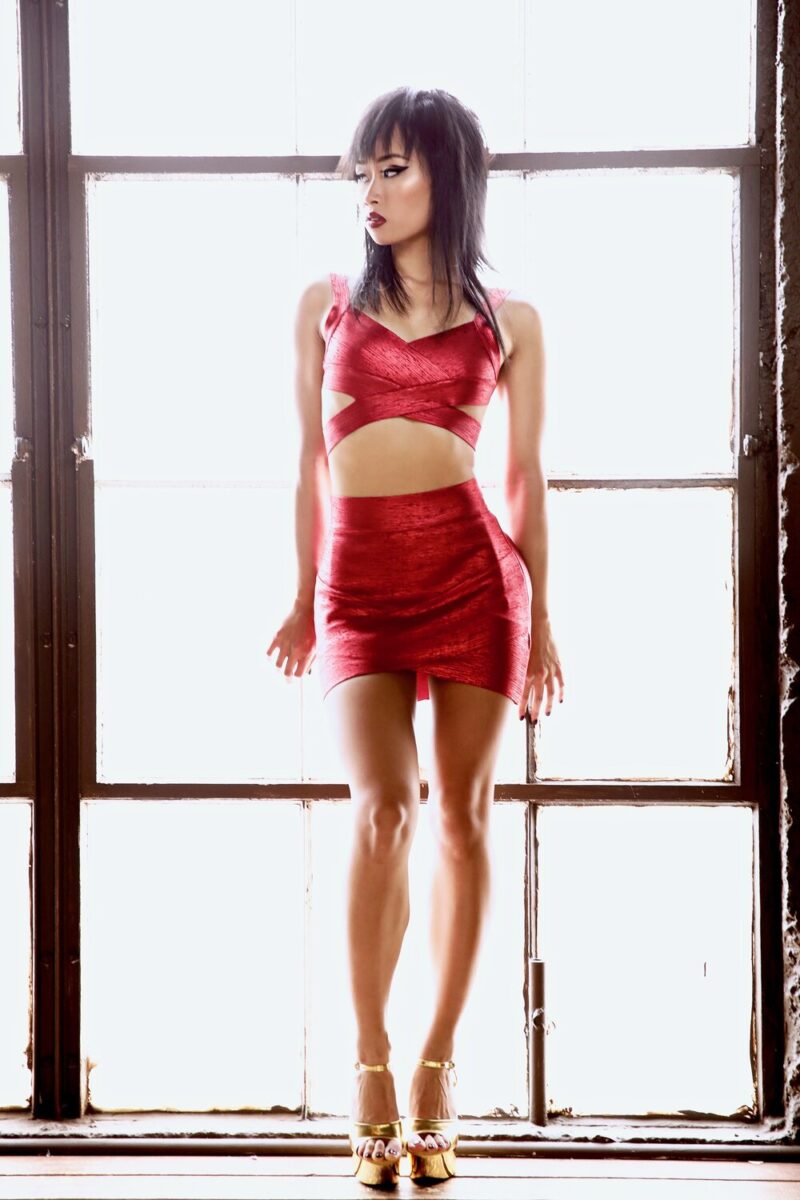 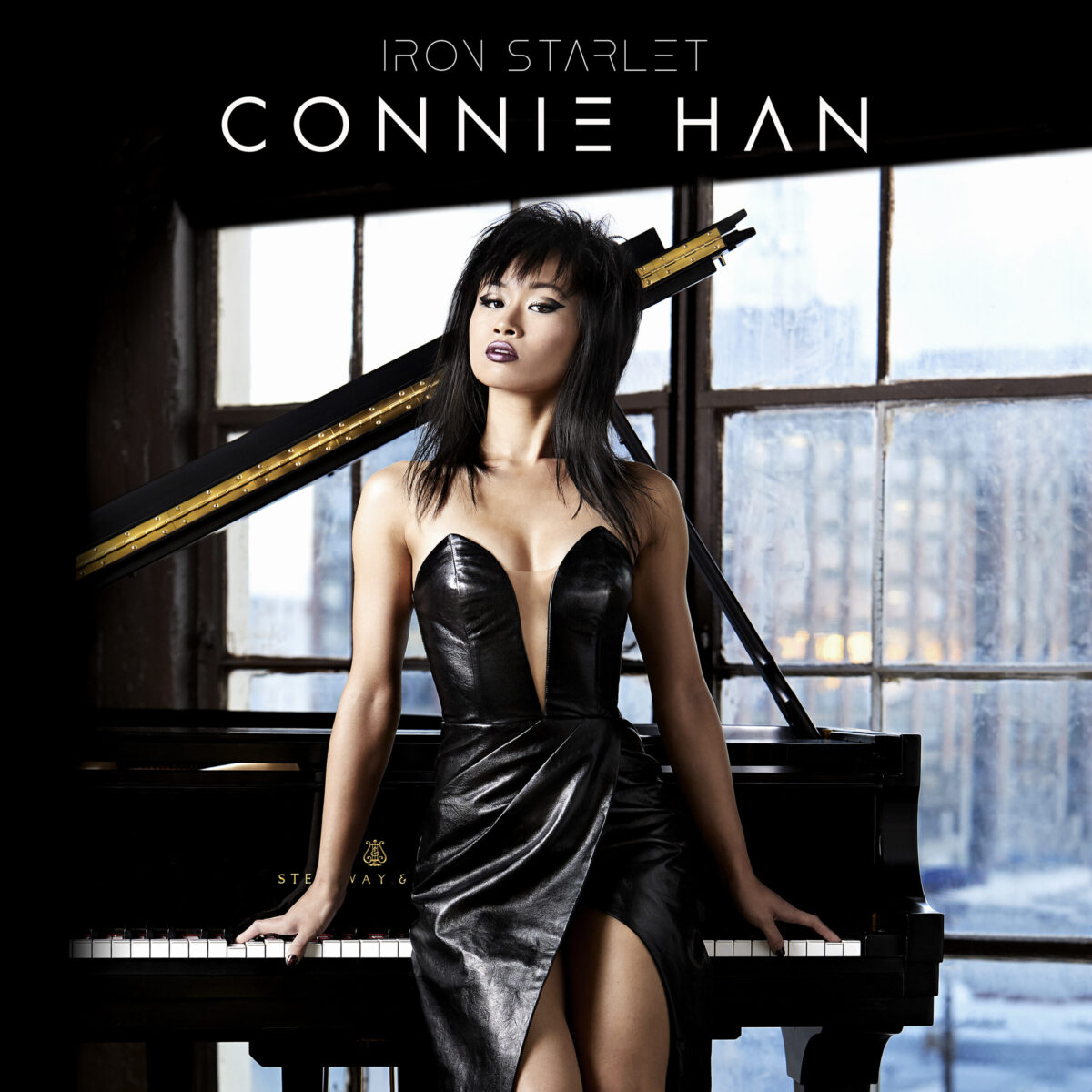