Born and raised in Los Angeles, multi-instrumentalist brothers Aaron and Lawrence Shaw have been playing music together for most of their lives and more recently as the duo Black Nile. They believe their music is a culmination of two things: their life experiences, and their hometown’s progressive sound as they’re influenced by contemporaries like Kamasi Washington, Terrace Martin, Thundercat and Vince Staples as much as they’re influenced by past heroes like Miles Davis, George Duke, Nipsey Hu$$le and Jimi Hendrix.

“The roots we grew up with, they still influence our music to this day, constantly soaking in life experiences to impact our music,” Lawrence says. “Also, transparency will always be in our music. It helps to show people what we went and lived through, so all will know why we play and produce music as hard as we do.”

Black Nile’s moniker isn’t borrowed from the Wayne Shorter song of the same name, it’s based on an amalgamation based on the two separate words: “Black” — the very darkest color owing to the absence of or complete absorption of light; and “Nile” — the longest river in the world originating in East Africa, and is the wifehood of many great civilizations. The result is how the brothers define their band: Black Nile – “The absorption of reality, propagating spiritual energy through the river of conscious minds.”

Though Black Nile says they can’t be defined by a single genre, the duo draws from music rooted in Black culture, including blues, jazz, hip-hop, R&B, soul and more and they blend it into what they call “A River of Emotions,” a phrase that inspired the title of Black Nile’s third album, River of Emotions, available May 20 on Daddy Kev’s Alpha Pup Records.

With River of Emotions, Aaron and Lawrence show they have developed a technique for creating music that works best for them while providing the high-quality music they strive to release. “We have worked to create a process which best works for us, constituting a consistent workflow from setup to execution,” the brothers say. In addition, River of Emotions contains some material that Black Nile has played live for years but never recorded.

A tactile sense of cosmic energy flows through the album. It is a visionary expanse that pushes forth into new dimensions of sound with every riff and rhythm by Aaron and Lawrence.

When making River of Emotions, Aaron and Lawrence brought in some of the top young musicians based in the Los Angeles, including drummers Mike “Blaque Dynamite” Mitchell, Malachi Harvey, Mekala Session and Greg Paul. Other guests on the album include keyboardists Diego Gaeta, Paul Cornish and Chris Fishman, and rapper and label-mate Tru Sounds is also featured on a track.

“Playing with a band both live and in the studio allows everybody to input their own unique identity, creating a new experience every time we’re either recording or are on stage,” they say. In regards to some of their live shows they decided; “It was time we took the best of those onstage experiences and record them in studio.” While the Shaw brothers finally got a chance to record a few songs they’d been playing for years, the COVID-19 pandemic forced Black Nile to change its business model where their outreach to fans, including new ones, had to change.

“COVID impacted us tremendously,” Lawrence says. “Between 2019 and through 2020 we were very busy doing live shows and events. Then we released our second album, “The Further Side”, in December 2020 and had a number of dates lined up. Then came the lockdown and everything was cancelled. Pre-COVID, our model was based upon in-person, intimate interactions on stage, etcetera. That had to shift to creating and releasing content online, as well as streaming live shows. We were focused on maintaining a connection with our fans and expanding our online presence. Pre-pandemic we were already creating content for online use but once the shutdowns occurred, we expanded both the amount and frequency we released content online.”

The May 20 release of River of Emotions couldn’t have come at a better time. As COVID restrictions start to ease, and the world starts to open up, people are ready to experience live music again. “We still plan on creating and releasing content online but we are looking forward to getting back in front of live audiences,” they say. 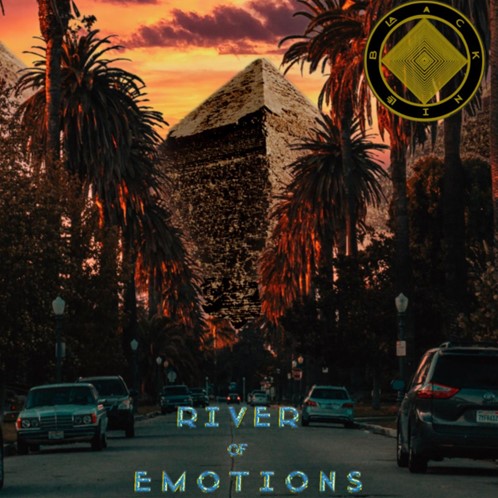