At the age of 89, Ahmad Jamal is one of the most iconic names in jazz, renowned the world over for the peerless elegance and profound expression of his playing. It may be hard to imagine his stellar seven-decade career ever being replicated, though Jamal himself has done his part to nurture and encourage a new generation of artists. His latest protégé is the incredibly gifted Azerbaijani pianist Shahin Novrasli, whose dazzling music promises to carry forth the torch long maintained by Jamal’s genius.

On September 13, 2019, Jazz Village [PIAS] will proudly release two new albums that represent the inheritance passed on from masters like Ahmad Jamal to rising stars like Shahin Novrasli (shah-heen no-vrah-slee). The stunning Ballades is a rare solo outing for Jamal, an intimate set of career-spanning interpretations supplemented by three dialogues with longtime bassist James Cammack. At the same time, Novrasli’s From Baku to New York City traces the younger pianist’s remarkable journey from the former Soviet republic to the jazz mecca he now calls home, pairing, Novrasli with Jamal’s trio mates, Cammack and drummer Herlin Riley.

“I have known and listened to all the great pianists, known and unknown,” Jamal says. “Shahin is no exception to the rules governing great players. In my opinion, he will be making an indelible impression on the music world with his touch, technique, and composition skills… He joins the list of extraordinary pianists that I have admired and followed over the many years of being a part of the music world.”

For his part, Novrasli sings the praises of his mentor, and credits him as lending his impeccable taste to every aspect of From Baku to New York City. “Mr. Jamal suggested a number of things for me to listen to and absorb, he listened to my pieces and suggested sounds and interpretations. He was personally present at the recordings. He was the heart and the life of the outcome, the mastermind behind it all.”

Novrasli recalls the experience of hearing Jamal play unaccompanied in his own house, sitting down at the piano for an impromptu rendition of the classic “It Could Happen To You.” As the younger pianist recalls, “I [realized] how something simple you have heard a million times over can sound so different and alive when you hear it from the hands of a legend.”

With Ballades, listeners across the globe can now share in that breathtaking experience as Jamal essays seven compositions alone at the keyboard. The album opens with the title track from the pianist’s 2017 album Marseille, a love letter to the spectacular city in southern France. Jamal is joined by the understated but emotionally resonant bass accompaniment of Cammack, who he praises as “part of the historic and elite group of bassists I have had the good fortune of performing with for decades. [James] is an extension of my left hand and his hearing is quite amazing.”

The present moment is captured in “Because I Love You,” an achingly gorgeous piece composed at the very moment of its recording, a testament to Jamal’s continued ability to spontaneously conjure enduring melodies.

The album also reaches back into Jamal’s past, most notably for a new version of “Poinciana,” the tune most indelibly linked to his name. As he did on the beloved trio version from 1958’s At the Pershing: But Not For Me, Jamal reimagines the timeless song once again, unfolding delicate layers of sublime lyricism. His meditation on “I Should Care” is playfully tender, while the original “Land of Dreams” is a gossamer lullaby with the shifts in mood of a nocturnal fantasia. Not a word needs to be sung in order for Jamal to express the wistful yearning of the standard “What’s New?”

Cammack makes his return to dance a graceful duet with Jamal on the Jimmy Dorsey hit “So Rare,” before Jamal resumes the spotlight for an artful rumination on the oft-recorded “Whispering.” The bassist makes his final appearance on a medley pairing the Rodgers and Hart classic “Spring Is Here” with Bill Evans’ “Your Story.” Jamal ends the album with a shimmering take on Johnny Mandel and Johnny Mercer’s “Emily.”

Jamal’s eclectic but unerring taste for material also graces Novrasli’s album. From the opening take on Joni Mitchell’s “Both Sides Now” through the Michael Jackson ballad “She’s Out of My Life” and a blistering race through Dizzy Gillespie’s raucous “Salt Peanuts,” each piece showcases another facet of the Azerbaijani pianist’s prolific talent. Novrasli’s own compositions prove an ideal complement to these wide-ranging classics.

Novrasli selected the material in partnership with Jamal, leading to a fleet, thrillingly swinging take on Thelonious Monk’s perennial “52nd Street Theme” and the heartrending ballad “Night Song,” written for Sammy Davis Jr. as part of the Broadway musical “Golden Boy.” Victor Young’s “Stella by Starlight” is another proving ground for jazz pianists, here rendered with a jaunty electricity.

Though no life can be entirely captured in nine songs, the title From Baku to New York City nonetheless suggests a kind of musical autobiography for Novrasli. As he explains, “This particular album is my most cherished work to date, and the journey of these particular themes and compositions coming together reflects my journey as a jazz musician and artist so far. This is not just my best work to date; these songs capture my favorite flavors of Azerbaijan along with my first impressions of New York's night life and the inspiration I’ve always felt from American jazz. All of those influences traveled with me to my beloved Paris, where this album was born and recorded.”

Two of Novrasli’s originals harken back to his roots: the intricate “Memories,” which he performs solo, and the elegiac “Cry of Bulchura,” are variations on themes by Azerbaijani composers Uzeir Hajibayov (known as the father of Azerbaijani classical music and opera) and Vagif Mustafazadeh (a pianist who fused jazz with the Azerbaijani folk music mugham). The up-tempo “Shahin’s Day” captures the pianist’s elation at his life in jazz. 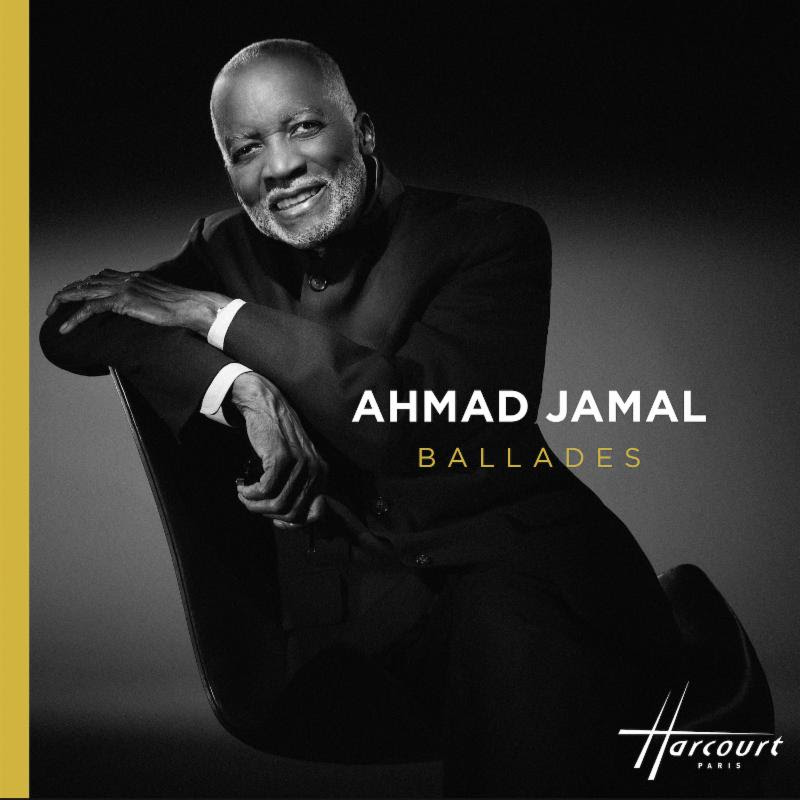