“Best Arrangement, Instrumental or A Cappella”

on John Beasley: “On Sunday, a Local Jazz Polymath

Could Have a Grammys for the Ages” 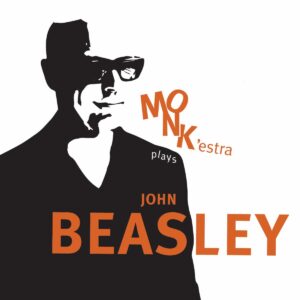 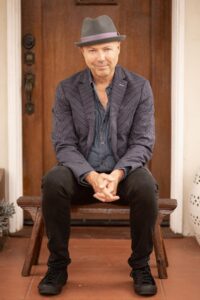 Mack Avenue Music Group is proud to congratulate pianist John Beasley on his first ever GRAMMY® Award win for his track “Donna Lee” (from his recent album, MONK’estra Plays John Beasley) in the Best Arrangement, Instrumental or A Cappella category, as well as his astounding four nominations at the 63rd annual GRAMMY® Awards.

“Winning a Grammy this year is especially emotional because my album ‘MONK’estra Plays John Beasley’ was released in the year of the pandemic,” says Beasley. “We are a 15-piece big band family used to playing, so lockdown was tough with no in-person concerts especially, to play this new music. Mack Avenue Records released our music in a three-album series, and I was very fortunate that its President, Denny Stilwell, had the foresight to see three records worth of music and the band’s evolution. Each of these albums went on to earn two nominations for a total of six. Now, we can add a trophy. This speaks volumes.”

“As I said in my thank you speech, I owe my whole career to Black American Music, the heart and soul of all popular music as Quincy Jones says. I am also indebted to the Black community of musicians who have nurtured and continue to teach me,” reflects Beasley. “And, let’s support music in the schools because I am the product of public school arts education.”

His August release, MONK’estra Plays John Beasley, brings the MONK’estra cycle full circle with the big band’s third release. With MONK’estra, Vol. 1 and Vol. 2 garnering a pair of GRAMMY Award nominations apiece, alongside widespread critical acclaim, Beasley keeps in line with its namesake’s unpredictable nature on the new release as MONK’estra veers off in new directions. Additionally, besides casting the lens of his brilliant ensemble on his own music for the first time, the album also reunites Beasley with several now-formidable artists–including John Patitucci, Vinnie Colaiuta, Joey DeFrancesco, and Hubert Laws–with whom he performed in his formative years nearly three decades ago.

Additionally, Beasley has earned two other nominations for his significant roles in Maria Mendes feat. Metropole Orkest and John Beasley’s Close To Me, which earned a nomination for Best Arrangement, Instruments and Vocals, as well as Somi’s Holy Room: Live At Alte Oper, which was nominated in the Best Jazz Vocal Album category. Beasley led the orchestra, wrote the arrangements, played keyboards on and produced the Maria Mendes album–which also earned a Latin GRAMMY nomination and the Edison’s “Best Jazz Vocal” album award–and conducted Frankfurt’s HR Radio Big Band playing his arrangements of Somi’s music. Beasley also arranged some songs on blues great Ruthie Foster’s Live At The Paramount, which received a nomination in the Best Contemporary Blues Album category, although this does not technically count as a nomination for him as the others do.

In addition to the highly productive year Beasley has had with album releases, he has expanded on an already prolific list of soundtrack credits and worked on film and television productions such as Emmy Award-winning Watchmen, Steven Soderbergh’s film Let Them All Talk–which stars Meryl Streep–and Oscar and GRAMMY Award-nominated 1917, and will appear on screen with his MONK’estra Quintet in Amazon’s Bosch Season 7’s opening episode. Additionally, MONK’estra was presented on nearly 80 global stages pre-pandemic. His last in-person concert, in Covid-safe settings, was a special 80th birthday celebration for the iconic Pharoah Sanders with the maestro on his horn. Currently, he is finishing a new recording to mark Charlie Parker’s centennial celebration “Bird” with Stuttgart’s SWR Radio Big Band in a unique collaboration with respected Swedish conductor, arranger and saxophonist Magnus Lindgren. He is also preparing, as Music Director, UNESCO’s 2021 International Jazz Day’s global gala concert hosted by the Herbie Hancock Jazz Institute on April 30th and featuring an all-star list of performers.