"With his expansive feeling and unadulterated love of music-making, McCaslin is in some ways the Sonny Rollins of his generation." - Ottawa Citizen

"I'm hard pressed to think of other horn players who can routinely deliver performances as astonishing and Herculean as McCaslin's-and even better, he always uses his prodigious energy in the service of a greater musical purpose." - Chicago Reader

"It was radical. With fire-breathing fists, (McCaslin) deployed his ordinance to the ground..." - Boston Globe

Acclaimed saxophonist Donny McCaslin takes a bold leap forward with his tenth album as a leader, Casting for Gravity. McCaslin's gargantuan tenor sound finds an ideal setting to rampage through in the ferocious grooves and electronic textures of keyboardist Jason Lindner, bassist Tim Lefebvre, and drummer Mark Guiliana. Couching his trademark gift for brawny melodies in lurching dub rhythms, swirling electronica-inspired atmospheres, and arena-rock power, McCaslin has crafted a game-changer of an album, fusing a wealth of forward-looking influences into one wholly new modern jazz sound.

Casting for Gravity follows on the heels of 2011's highly acclaimed Perpetual Motion, which found McCaslin experimenting for the first time with merging his hard-charging acoustic sound with more funk-inflected electrified elements. But where that album was a blistering electro-acoustic hybrid, Casting for Gravity soars past fusion into alchemy, forging a visionary voice from eclectic influences.

"I wanted to make a bigger record with more sonic layers," McCaslin explains. "I wanted to go a lot deeper into the electronic realm and push myself harder."

McCaslin's initial forays into plugged-in territory were a reflection of his upbringing in Santa Cruz, California, where he was weaned on the deep, deep grooves of Tower of Power and Headhunters bassist Paul Jackson. Those influences remain in the percolating rhythms of "Bend" or the enormous musculature of "Stadium Jazz," inevitable how deeply ingrained they are into McCaslin's approach. But he wasted little time casting back into the past for inspiration on this outing, looking instead to ground-breaking contemporary artists.

Chief among them is Aphex Twin, the pseudonym of highly influential British electronica musician Richard D. James. "Aphex Twin really affected the way I wrote for this album," McCaslin says. "I was attracted to the way he uses really simple melodic ideas with all the activity happening in the drum programming. He's got a palette of ambient sound, there's a textural backdrop, the melodic elements are sparse and the beat is really intense. I wanted to try to write some stuff coming from that feeling.

The album's completely through-composed title track bears out that influence strongly. McCaslin plays the tune's yearning, serpentine melody through its permutations, but the rhythm section constantly evolves and expands throughout the piece, with Lindner enveloping them in evocative sonic textures. "Love Song for an Echo" expands further on the concept, maintaining the notion of spare melodic material coupled with vigorous rhythmic activity, but embellishes that idea with rich harmonies and improvisational invention.

Another prime influence for McCaslin was the Scottish electronica duo Boards of Canada, whose song "Alpha and Omega" is here transformed into a mesmerizing excursion into lush sax echoes and ricocheting dub rhythms. "I love their ambient textures," McCaslin says of the duo. "The thing that frustrates me sometimes about electronica music is the lack of melodic and harmonic development. For me, the song has to be strong in and of itself, whether it's electronica or swing or whatever. So the challenge for me was to take that ambient vibe and rhythmic element, try to not overwrite, but to have the melodic and harmonic content provide enough meat to make it a strong tune."

The results are evident throughout Casting for Gravity, as the quartet swells into luxurious electronic environments, but navigates within that sonic sphere with lithe, incisive blowing. The cohesiveness of the band's sound is the result of an extensive touring schedule prior to recording, a rarity in the modern jazz landscape.

Both Lefebvre and Guiliana played on Perpetual Motion and continued to development that music live with McCaslin in the ensuing months. It was during those gigs that LeFebvre's strong dub influences emerged, a direction that resonated with McCaslin and that he strove to encourage through his writing for the band. "Santa Cruz, where I grew up, was a hotspot in terms of reggae," McCaslin says. "When I was a kid I got to see Jimmy Cliff, Peter Tosh, Burning Spear, Mighty Diamonds, Black Uhuru - that music was popular in the culture there. So when Tim started pulling out the dub thing it reminded me of my love for that music."

That sound emerges in tunes like "Says Who," where McCaslin left the composition open enough that the dub elements emerge organically within a piece that also bears traces of American folk, elastic Weather Report-style fusion, and a crushing finale that suggests the experimental Swedish metal band Meshuggah. It also accents the slinky, Meshell Ndegecello-esque groove of "Losing Track of Daytime," which eventually opens up into an aspirational melody reminiscent of Aaron Copland.

Lindner and Guiliana are bandmates in the electro-groove trio Now vs. Now, which led McCaslin to the keyboardist/bandleader for a gig at the European Jazz Baltica festival. "Jason is an amazing writer and orchestrator and improviser," McCaslin raves, "but sonically he's so organic. I've loved Jason's writing for a long time, so I thought this was my opportunity to play with him more."

The wide-ranging palette that Lindner offer is one key to the album's sound, from the pounding piano rock of "Stadium Jazz" (named for a Guiliana joke aptly referring to the quartet's robust noise) to the glitchy stabs of "Tension," penned in a successful attempt to represent jagged emotion through music. It's a feeling that McCaslin is all too intimate with considering he now has two young children at home, though the more idyllic nature of family life is depicted in the album's joyous closer, "Henry," written for his infant son.

Saxophonist/composer David Binney contributed the blissful "Praia Grande," named for the Portuguese beach where it was composed. A longtime friend and collaborator, Binney has produced most of McCaslin's records and was more integral than ever before in this effort. "David was deeply involved in the whole record and had a huge impact on it," McCaslin says. "He pushed me to really go for it, to make a really landmark album."

The effort paid off, with an album that truly breaks new ground not just for McCaslin but for integrating modern musical genres seamlessly into envelope-pushing jazz. The saxophonist has long been one of the music's most striking voices, leading to long-running collaborations with innovators like Dave Douglas and Maria Schneider. His own solo work has been marked by a restless exploration that is only accelerated with this latest release. 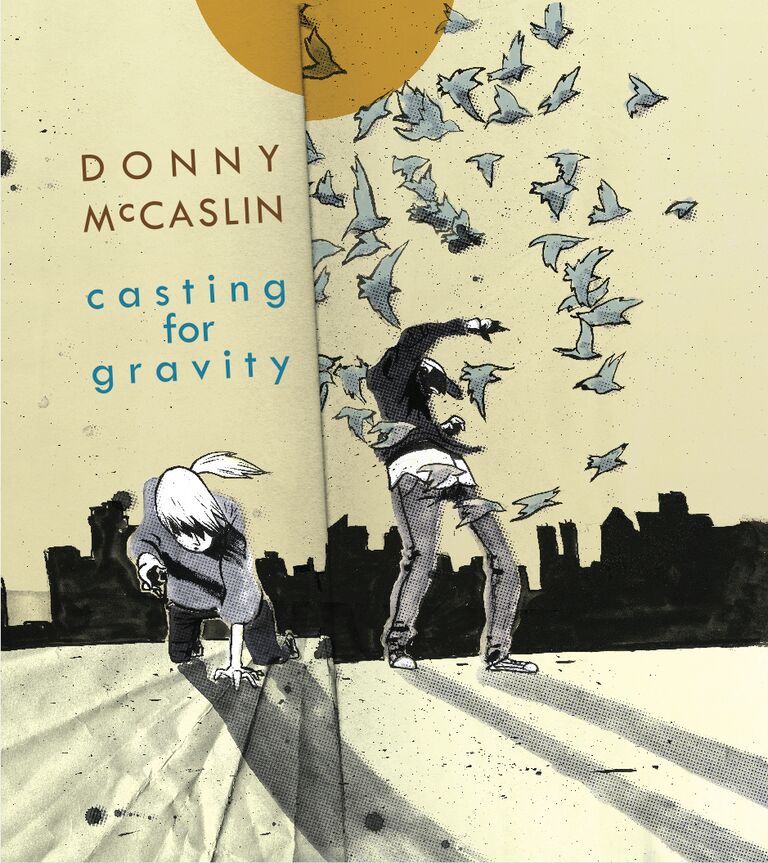 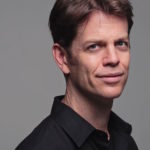 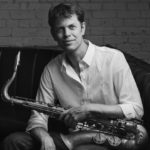 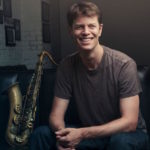 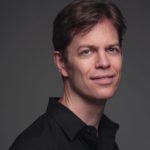