Thinking of Carnival conjures colorful, festive images of masked revelers, frenetic rhythms, and dancing in the streets. But as the prelude to the season of Lent, it’s also a time for spiritual reflection and renewal. On her second album, Carnival, vocalist Donna E. Scott explores all the facets of the holiday, from the celebratory to the introspective, with a soulful blend of beloved standards and heartfelt new material.

Carnival, due out June 23, finds Scott pouring her heart out in her rich, earthy contralto on a selection of songs that explore love lost and found in a wide range of permutations. The stories in these songs span the emotional spectrum, encompassing a panorama of a Carnival crowd teeming with romance and heartbreak, new chapters beginning and old stories drawing to a close. “You’re going to see everything during Carnival,” Scott says. “Some people are going to be in love, some people have broken hearts, you’re going to have excitement, anticipation, positive vibes and energy and people suffering losses.”

The album was born from its title tune, a lightly bossa-tinged evocation of romantic Rio penned by Dehner Franks, Scott’s former vocal and jazz piano coach. “I instantly fell in love with the harmonies,” Scott recalls. “It made me really think about what happens at Carnival and I knew that was what I wanted the album to be about, so I started looking for other songs that fit that theme.”

Scott’s gleeful rendition of “Pennies From Heaven,” highlighted by Landgren’s joyous trombone solo, offers an infectious dose of optimism that characterizes the singer’s attitude to life. “We’ve all been depressed, we all get negative,” she admits. “Anybody that says they don’t is either lying or a bit shallow. You’re gonna go through some stuff. You’re gonna get your heart broken. But sometimes you need to walk outside in the sun. Even if you’re in a bad situation, you can work through and get out of it.”

Sometimes that means showing someone else the door. That’s the sentiment behind Jeffrey Moss’ “I Don’t Want You Anymore,” which allows Scott to show off her bluesy, funky chops before taking a climactic turn into Benny Golson’s classic kiss-off tune, “Killer Joe.” As Scott explains, “Everybody has known somebody, whether it’s a boss, a boyfriend, a spouse or a crazy relative, where you’ve been patient but you’re done with them. Eventually you have to get up and say, ‘Enough is enough.’ I done tried, I done prayed, I done voodoo on you and it ain’t working, so I got to bounce.”

Moss, a classmate of Scott’s from Texas Southern University, also contributed the swooning love song “It’s Your Smile.” Moss is one of several songwriters who offered repertoire that fit Scott’s concept for the album. Twins Duayne and Wayne Gray provided the tropical soul of “After the Sunset.” Saxophonist Horace Alexander Young, who has worked with a who’s who of artists including B.B. King, Bill Withers, Nancy Wilson, Regina Belle and McCoy Tyner, contributed “A Tie That Binds,” honoring the staying power of love, as well as the arrangements for “Pennies From Heaven” and “I Don’t Stand a Ghost of a Chance With You,” both of which Scott worked out with Houston’s Conrad Johnson Orchestra, founded by the late bandleader immortalized by the 2010 documentary Thunder Soul. Finally, the familiar “On Green Dolphin Street” is given a new spin with a fusion, Latin accent plus an additional verse contributed by Scott.

The Carnival theme is an apt one for Scott, who is enjoying her own rebirth as a jazz singer following a successful career in advertising, film and television production. The Chicago native, who grew up hearing her father’s hearty tenor in church, has performed with the late Joe Sample, Jewel Brown, Ray Parker Jr., Jon Faddis, Andre Hayward and others and is currently pursuing her Masters in vocal jazz performance at the University of Denver Lamont School of Music. She made her belated debut in 2015 with the acclaimed Somehow I Knew.

Despite a lifelong love of music, Scott had often found herself too intimidated to sing in public–in part due to her contralto voice, a prime component of what makes her such a distinctive presence. “When people call me in the morning, they’ll often call me ‘Sir’,” she says with a sly laugh. “That used to tick me off, but now, with the help of vocal producer Brad Chapman who has worked with Anita Baker on Rapture, Prince, Quincy Jones and others, I’m having a ball with it. Brad really taught me how to express the ‘feel’ of each song using the voice that I have. That’s part of the personal carnival–celebrating who I am. I’ve always had a rich, low voice, so now I’m singing songs that show off the contralto that is my birthright.”

Celebratory, soulful and revelatory–that’s Donna E. Scott’s version of Carnival, and all are welcome to join the festivities.

Donna Elise Scott, a versatile, earthy, evocative, contralto jazz singer, is an award winning GRAMMY recognized recording artist, who does jazz standards, torch songs, blues, with a bit of pop, R&B, gospel, Neo Soul and even country.  A popular contestant in the 2014 Sarah Vaughan International Vocal Jazz Competition, Donna has performed as a featured soloist in Big Bands, Latin jazz combos, R&B revues and gospel shows throughout the US and Africa. Her second CD, “Carnival,”  will be released on June 23, 2017 and is already garnering critical praise. The liner notes were written by multi GRAMMY and Latin GRAMMY award winning producer Kabir Sehgal and has prominent sidemen from around the world including GRAMMY award winning flutist Wouter Kellerman, Swedish trombonist Nils Landgren, Italian guitarist Marco Bittelli,  and a host of others. Her debut, award winning CD,  “Somehow I Knew,” was critically acclaimed and, enjoyed in 33 counties. A native Chicagoan who now lives in Houston, Donna has wowed audiences and clinicians at jazz festivals locally and nationally. She is currently pursuing a MM in vocal jazz performance at DU in Colorado and regularly performs at La Cour Art Bar and Bistro and other jazz clubs in the Colorado area. Donna has performed with the late Joe Sample, Jewell Brown, John Faddis, Andre Heyward and others. Donna plays piano, tenor and bass trombone and is also a member of the Joe Sample Jazz Orchestra. 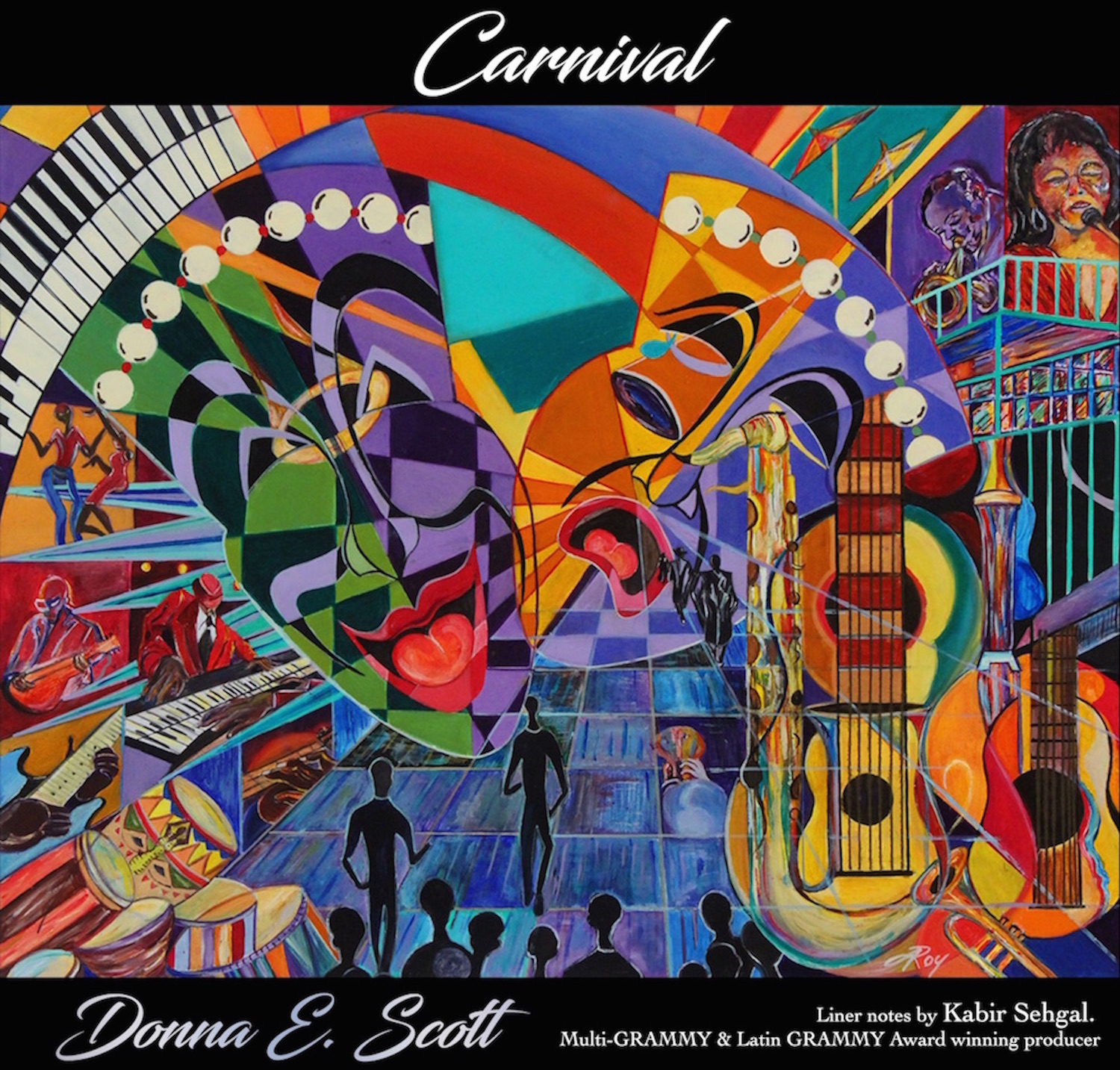