Dave McMurray’s Blue Note Records debut, Music Is Life, is a reunion of sorts, given the long history the saxophonist shares with the label’s president, and fellow Detroit native, Don Was. McMurray was a member of Was’ genre-defying unit Was (Not Was), first working together on the band’s self-titled 1981 debut. He’s played on all of the band’s albums and many other Was produced projects in the years since.

When Was signed McMurray to Blue Note, the saxophonist says that he gave him no imperatives as to which artistic paths to take. “It was one of those situations in which he just said, ‘Do it,’” McMurray explains.

“I know Dave’s playing really well. He doesn’t bullshit,” Was praises. “He’s never playing licks for the sake of playing licks. He’s not trying to impress people with what all he knows about music or about his dexterity over the instrument. It’s all about honest expressions.”

McMurray proceeded by gathering a batch of strong originals and well-chosen rock and R&B staples then recruited musicians – bassist Ibrahim Jones and drummers Ron Otis and Jeff Canady – with whom he’s forged longstanding rapports. With minimum keyboard and string accompaniments on a few tunes, the music boasts an open, rugged sensibility that optimizes the leader’s burly tone and swaggering lyricism.

McMurray consolidates all of those aforementioned idioms on Music Is Life, creating a cohesive program of groove-based modern jazz that bristles with unalloyed soul. “I wanted it to have the spirit of a funk record,” he says, before rejoicing in the freedom afforded by having minimum chordal support. “I can just hold the melody down or go anywhere else in these songs.” Case in point, the joyous title track “Music Is Life (Live It),” which serves as his personal mantra.

McMurray attributes his saxophone sound and improvisational approach to growing up in Detroit. “Every time I hear an instrumentalist from Detroit play, it feels like they are singing. I don’t care if it’s Yusef Lateef, James Carter or Kenny Garrett. All of those saxophonists incorporated incredible technique too. But they had this singing quality in their playing. I think people hear that and connect with that aspect of it,” McMurray says.

“Dave absorbed a wide range of musical styles, which I think is something that’s consistent with Detroit musicians,” Was says. “You can trace it back to the boom of the auto industry after World War II. Workers not only from all over the country but from all over the world came to work in the auto plants. And they brought their cultures with them. There were so many different styles of music that you could hear; Detroit has such an eclectic blend of influences that I think what you find in music that comes out of Detroit is this genre-busting type music.”

For sure, McMurray stands on Detroit’s mighty music legacy that includes the influential Motown sound, P-Funk, numerous rock acts such as Stooges and the MC5, electronica-music pioneers Carl Craig, Moodymann and Theo Parrish; and hip-hop icons – J Dilla, Eminem and Slum Village. And let’s not forget the legion of jazz artists from Detroit that include Elvin Jones, Betty Carter, Milt Jackson, Regina Carter and Geri Allen.

In some ways, Music Is Life functions as much as celebration of Detroit as it does a reunion for McMurray and Was. “Bop City D” is a burning hard bop number that tips its hat to the Motor City, while the album’s closer, “Turo’s Dream” is a tribute to the memory of one of McMurray’s best friends that he met in elementary school. Other noticeable Detroit references come by way of covers of songs by artists with connections to the city – George Clinton’s funk anthem “Atomic Dog” and the White Stripes’ rock hit “Seven Nation Army.”

McMurray’s hard-hitting “Naked Walk” opens the set. Distinguished by stabbing riffs and a strutting melody, animated by fiery hollers and wails, the song has long been in the saxophonist’s songbook and is frequently played as a crowd-pleasing encore. The album’s other bracing originals include the brooding “After the Storm,” the snapping, hip-hop-centric “Freedom Ain’t Free,” the prowling “Time #5” – which is a part of McMurray’s ongoing “Time” composition series – and the stirring, string- enhanced “Paris Rain,” an evocative homage to one of McMurray’s favorite cities.

Speaking of France, Music Is Life also features a soaring reading of “Que Je T’aime,” a torch ballad that McMurray performed regularly with French rock legend, Johnny Hallyday, who passed away in 2017. “When we played that song live, everybody would be standing up. You’d see guys out there with tears in their eyes while singing along to that song. It was so emotional when he sang it,” McMurray recalls.

McMurray’s journey into music began when he started playing clarinet as kid, and inspired by his older brother’s interest in the saxophone he decided he wanted to learn that instrument, too. He counts seeing Cannonball Adderley perform on The Steve Allen Show as a defining moment in his childhood. While in high school, McMurray attended Cranbook Academy of Arts’ noted summer program, Horizons Upward Bound. He eventually got a scholarship to attend the private school. McMurray furthered his education by attending Wayne State University, where he earned degrees in psychology and urban studies.

While making his way on Detroit’s bustling music scene, McMurray played with the avant-garde jazz ensemble, Griot Galaxy, founded in 1972 by saxophonist Faruq Z. Bey. But McMurray’s catholic taste in music opened the doors for him to explore beyond the realms of jazz. “Any music that I heard – and continue to hear – I can see myself playing it,” McMurray asserts. “It could be rock, jazz, R&B, whatever.” And that’s a good explanation for his multifaceted career. 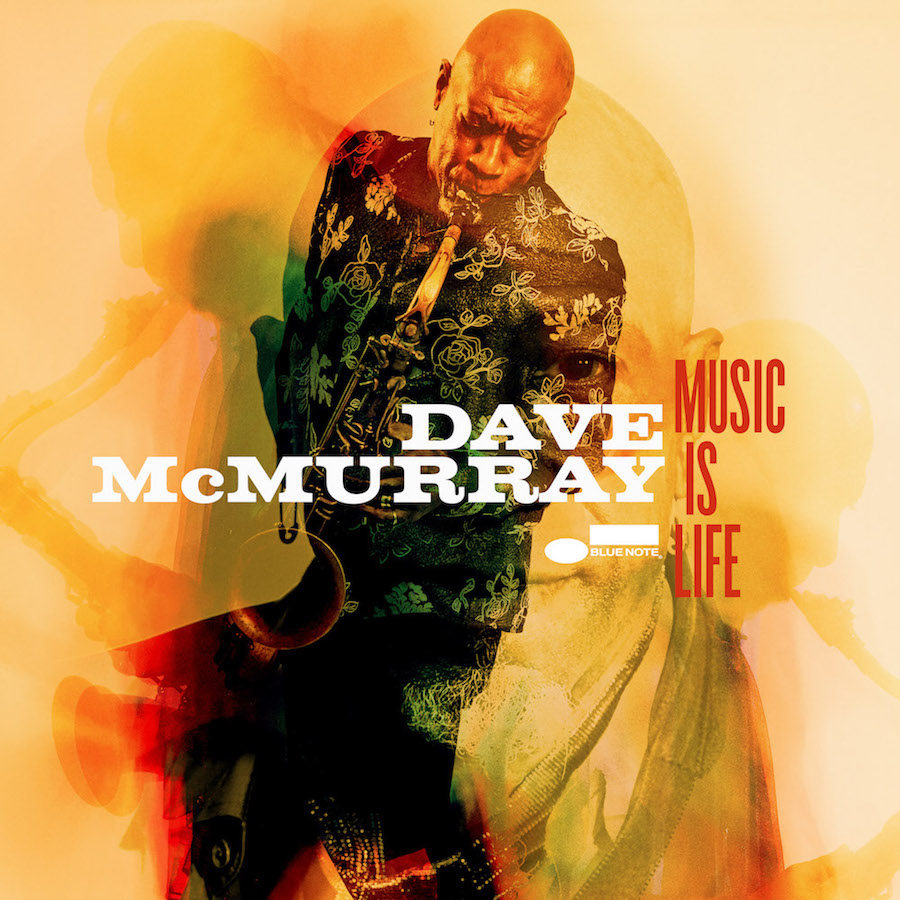