Roots & Branches opens with the Holter original “Blind Man Blues,” a song about a man and woman talking about their relationship and the perils of hearing but not really listening.

“He’s regretting and realizing later in life what he’s missed,” Holter says. “She asks questions of him, why didn’t you ever trust me? Did you ever love me? It’s a conversation that doesn’t fully connect because he still doesn’t understand it.”

Another highlight of the Roots section of the album is “Highway 66,” an original song that connects to Holter’s deep knowledge and respect for the life and work of Woody Guthrie. In 2009 Holter accepted a fellowship from the Woody Guthrie Archives to do historical research based on unpublished archival materials; then in 2016 he published the book Woody Guthrie L.A.: 1937 to 1941 based on his research of the Oklahoma folk singer’s time in Southern California.

“This is a song about people leaving the dustbowl. It’s a song about what it was like for them to come to California. This is a family loading up the truck and getting ready to go. Goodbye Missouri and hello Santa Fe. I like the scenery of camping by the road. It’s something when I was a kid and we would drive up to northern Minnesota, my parents would sometimes stop the car by the side of the road and we would cook up a meal out there, and so it reminded me of that.”

Finally, in “Crazy For You,” Holter salutes what gives his life its strongest roots, the relationship he has with his wife Carole. “This all about how we met in Wisconsin and how she was different. I knew when I met her, I knew it was something new. I tried to deny it, I tried not to get pulled into this relationship, but “each night when I walked you home I felt empty and all alone. Crazy, crazy for you.’”

Roots & Branches divides in the middle of the album between two socially conscious tunes with similar titles, a heartfelt cover of The Carter Family’s “No Depression in Heaven,” and a Holter original “New Depression.”

“The Roots section is more acoustically-based, and it was a nice way to finish it off with a Carter Family song,” Holter says, “It was written during the Great Depression, and its theme is that yes, it might be the end of the world coming, but eventually we’ll all die and go to heaven where there is no depression.”

“My “New Depression” talks about the same issues: underemployment, unemployment, poverty, homelessness, disintegration of families, a whole range of issues were in the forefront of everyday thinking during the great depression. And just as the evangelicals really didn’t provide much of an alternative in the 1930s, the economic leaders of our country did very little during the great recession. Congress wouldn’t allow Obama to do more and many people never came out of it really and therefore you have Trump. It’s probably the only song that makes reference to Milton Friedman, John Maynard Keynes and Thomas Piketty.”

Two covers, “King of the Hill” and “A Face in the Crowd,” the first written by Roger McGuinn (The Byrds) and Tom Petty and the second, a Petty hit from the album Full Moon Fever, combine to provide the tribute to the late singer/songwriter who also lived in Los Angeles. Roots & Branches closes with a hidden track called “20/20 Vision,” that explores the question of why people voted for Trump, particularly in Holter’s former home of Wisconsin.

“When Medgar Evers was killed, literally assassinated in his driveway, a lot the folk singers at the time, like Phil Ochs, wrote blistering songs attacking the racists that killed him. But Bob Dylan wrote ‘Only A Pawn in Their Game’ and his message was very different. He said, ‘A south politician preaches to the poor white man you got more than the blacks don’t complain…’ but it ain’t him to blame, he’s only a pawn in their game.’ I wanted to crawl into that approach and try it out on people who voted for Trump.”

A tuneful, provocative collection that explores the intricacies of relationships both personal and universal, Darryl Holter’s Roots & Branches, points this vital, opinionated, historically aware artist in exciting new directions, hinting at the next chapter for this social activist and folk singer who loves his relationship with making music, that starts in time honored fashion, as he says in the liner notes, with “a guitar, a chord progression and a handful of lyrics.” 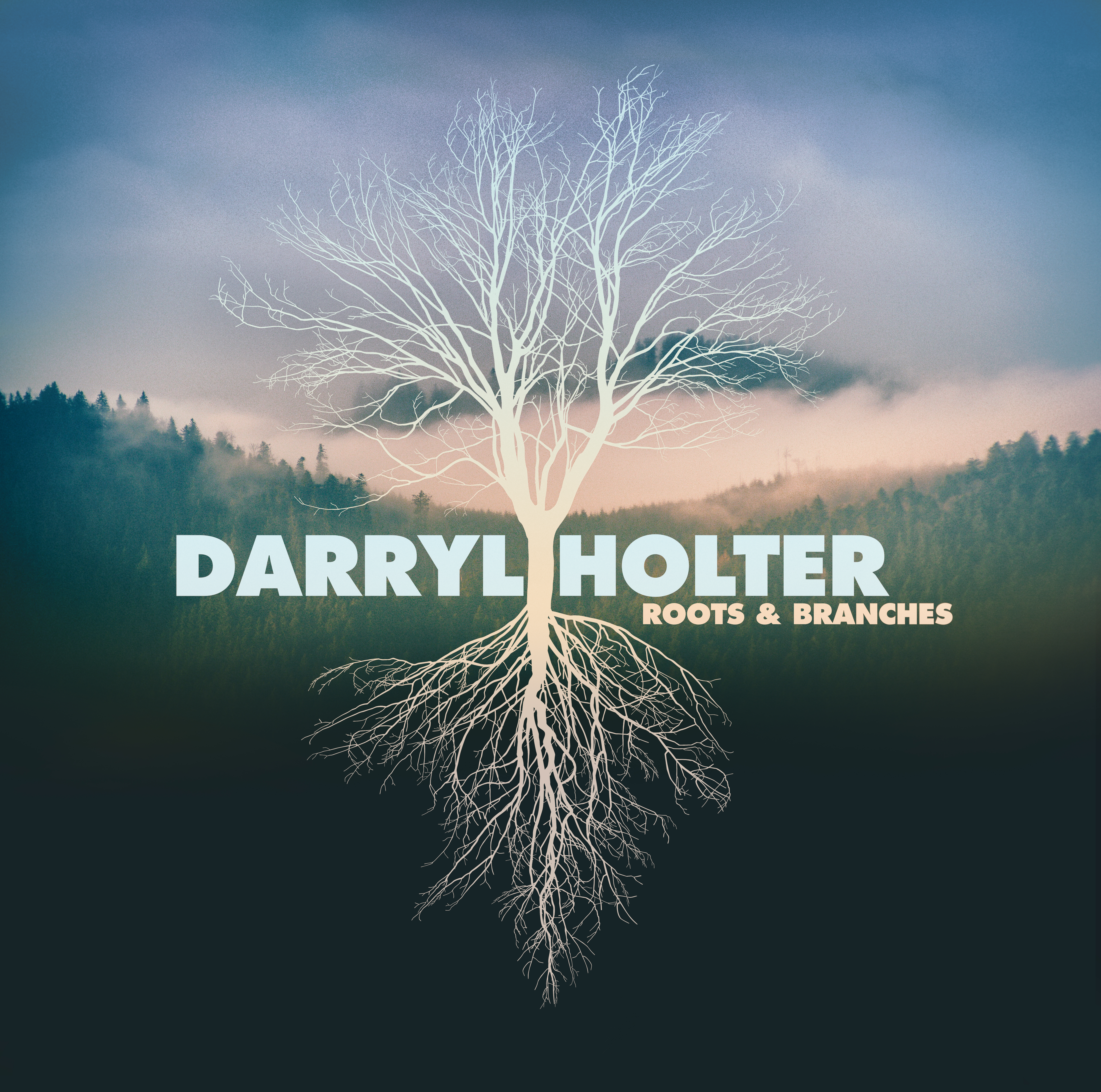