The story begins in the “realm of the now,” a high-fantasy location set in a fictional universe with an epic stature of characters, themes and discoveries for the listener to interpret literally but most importantly metaphorically. With each unfolding and ethereal track, the subjects make their way through the secondary world on a hero’s journey, meant to be up to the listener to determine the ultimate goal, to by all means necessary make it to the Mountain of Forever.

Finally, after a six “chapters” voyage, the listener discovers the “realms of the infinite,” a location where anything from your wildest dreams can occur, a place of self-discovery and universal mystery. The Mountain of Forever is obtainable, but its path is dangerous and the journeymen are met with seemingly impossible tasks and challenges along its course while making new companions essential to completing the journey. This is a universe meant to challenge the very fabric of our meaning, the very nature of our existence, and the opening of the mind in the purest sense.

This Tolkien-esque adventure is described by the saxophone and drums duo of Binker and Moses as “traveling with us from the ‘realm of the now’ to the ‘realms of the infinite’ meeting along the way Shamans, the great Besbunu, the Ultra Blacks and various other tribes, monsters & characters while immersing yourself in their strange rituals, potions, music, and a world which has no end.”

Disc One: The Realm of Now

2. Intoxication From The Jahvmonishi Leaves

3. Fete By The River

6. Leave The Now Behind

Disc Two: The Realms Of The Infinite

1. The Valley of the Ultra Blacks

2. Gifts From The Vibrations Of Light

4. Ritual Of The Root

6. Echoes From The Other Side Of The Mountain

9. At The Feet Of The Mountain Of Forever

Binker and Moses’ new release, Journey To The Mountain Of Forever is a 15-track, two-record set concept album available June 2, 2017 on Gearbox Records: the first disc features the duo on their own while for the second they are joined throughout by saxophonist Evan Parker, trumpeter Byron Wallen, harpist Tori Handsleytabla player Sarathy Korwar and drummer Yussef Dayes. Tenor saxophonist Binker Golding and drummer Moses Boyd’s creation is as surrounded in mystery as much as grounded in the experimental resurgence of spiritual jazz, weaving in-and-out of tradition while pushing the boundaries of instrumental music to it’s fullest potential.

Binker and Moses started playing together through the Tomorrow’s Warriors jazz development program and the late American trumpeter Abram Wilson. They are both full members of Zara McFarlane’s band where they started developing their duo improvisations during sound checks, and also perform in Moses’ expanded Exodus lineup. Their debut album Dem Ones was recorded in October 2014 from the live room at Mark Ronson’s Zelig Studio to the 1/4” tape machine at Gearbox Studio next door, with no edits, overdubs or mixing.

When Dem Ones was released in the summer of 2015, it kick-started a sensational year for the young duo. They won a string of awards including 2015 MOBO Awards: Best Jazz Act, Jazz FM Awards 2016: UK Jazz Act of the Year and Breakthrough Act of the Year and the 2016 Parliamentary Jazz Awards: Jazz Newcomer of the Year. Their festival and club performances received rave reviews and ever-growing audiences, culminating in the November 2016 UK tour with US trio The Bad Plus.

Sessions for Journey to the Mountain of Forever took place on July 21 and 22, 2016, resulting in 10 reels of tape filled with over five hours of music. Like it’s predecessor Dem Ones, the new album was recorded completely live from Mark Ronson’s Zelig studio’ direct to a 1960’s Studer C37 1/4” tape machine at Gearbox’s studio in the building next door. 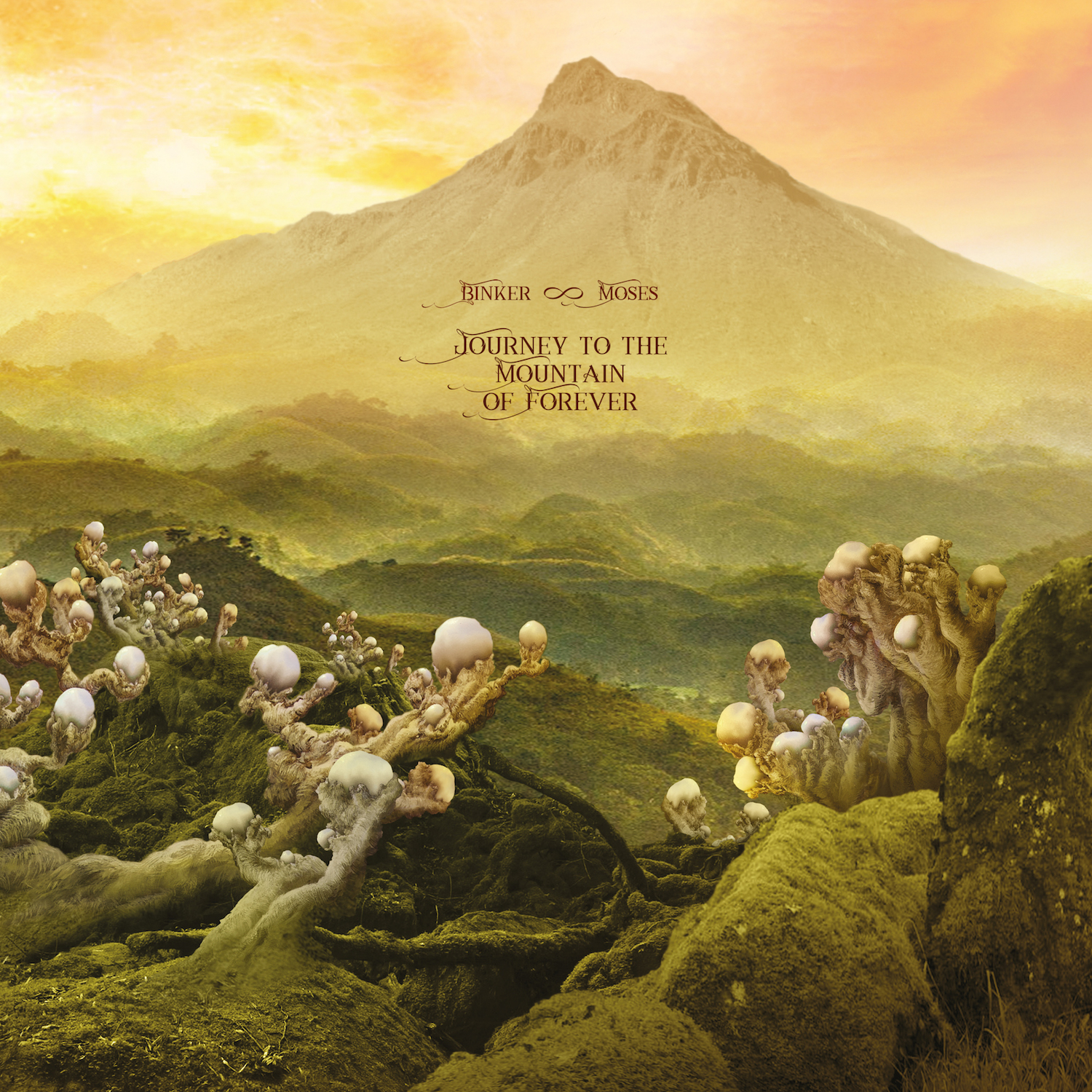 Journey To The Mountain Of Forever