The name Ahmad Jamal is synonymous with peerless talent, unmatched character, and a world-renowned career; and his highly anticipated upcoming album, Marseille, will continue to elevate his stature. The record carries a very personal expression of the sincere and longstanding mutual admiration that has existed between the American pianist/composer—a recipient of the highly prestigious Chevalier De L’ordre Des Arts Et Des Lettres—and French audiences.

Marseille is Jamal’s love letter to the iconic city in Southern France whose magnificent port and dazzling light have inspired numerous artists and filmmakers over the years. The city takes on a persona that has a powerful hold on whoever walks its streets and marvels at its many monuments and painterly sunsets. The city is alive. The city is anything but silent. The city is timeless.

Although the album starts with the instrumental take of the title track, it is the vocal version featuring a striking performance of spoken word by French rapper Abd Al Malik that immediately commands attention, primarily because this kind of collaboration is a daringly new departure for the octogenarian. Jamal provides a superbly evocative backdrop for these lyrics, and his choice of carefully weighted chords and discreet motifs, left to linger in the air as tantalizingly as shafts of summer light, is masterful. Backing him are three musicians with whom he has developed an advanced musical empathy over time: drummer Herlin Riley, double bassist James Cammack, and percussionist Manolo Badrena. Together they form a rhythm section that is both responsive and assertive, with each member making his presence felt without disrupting the carefully constructed rhythmic carriage of the music, which has a hypnotic pulse accented with a wide variety of subtleties.

The ensemble is as convincing on the powerful march of “Baalbeck” as it is on the sprightly, minimal backbeat of “Sometimes I Feel,” which is a truly startling transformation of one of the most enduring pieces in the canon of gospel music. “Pots En Verre” is a delightful amble through a leisurely 6/8 groove that showcases the razor sharp timekeeping of Cammack, an invaluable member of Jamal’s bands in the ‘80s and ‘90s who now returns to the fold, and Riley, an inventive player who came to prominence with contemporary American jazz great Wynton Marsalis. There is also a wealth of textures created by Badrena, the respected alumnus of pioneering fusion outfit Weather Report. His array of cowbells, bongos, congas, rainsticks and woodblocks is brilliantly deployed to speckle the music with new colors as well as polyrhythms. In fact, the rich timbral canvas Badrena weaves into the arrangements make his unique presence equally orchestral and percussive.

A reading of the essential anthem “Autumn Leaves” underlines the sheer genius of this masterful pianist. On this standard, which is so well known and widely recorded that it is by no means easy to imbue with new meaning, Jamal produces anything but cliché; he puts a spring in the step of the arrangement all the while conveying the innate melancholy of the theme with lush harmonies. Miles Davis, who made such a memorable contribution to Cannonball Adderley’s version of the song in 1958, would no doubt have been charmed by Jamal’s approach. The trumpeter was one of the most illustrious admirers of the pianist, and his famous public pronouncements on the way Jamal used both space and dynamics brought him much greater attention in the jazz world.

Having said that, Jamal’s life story and journey through music from his birthplace of Pittsburgh is nothing if not astonishing. A child prodigy, he took his first piano lessons while he was just seven years old. Jamal focused largely on the work of classical master Franz Liszt before meeting the virtuoso pianist Art Tatum, one of the founding fathers of contemporary jazz piano, who inspired him as an improviser. A professional musician at 17, Jamal formed quartets and then trios, and a decade into his career he enjoyed runaway success with his 1958 album At the Pershing: But Not for Me. It spent an incredible 108 weeks on the Billboard chart and spawned the much–loved jukebox hit Poinciana.

Over the next four decades Jamal would record consistently, exploring a range of settings that included electric groups and strings, but throughout the ‘80s and ‘90s he really defined himself as a master of the acoustic piano trio. The albums he cut for the Birdology label, above all the great trilogy The Essence, are contemporary jazz classics, and this latest recording confirms that at the age of 86, Ahmad Jamal remains at the peak of his creative powers. Winner of a Lifetime Achievement Grammy® Award, he is an artist who embodies longevity like few others. Jamal values consistent working relationships with musicians, and he also believes in meaningful partnerships with record labels, as his fruitful tenure at Jazz Village proves. Marseille is the bejeweled work of a master musician who never says more than he has to but always says enough to make the world sit up and listen. 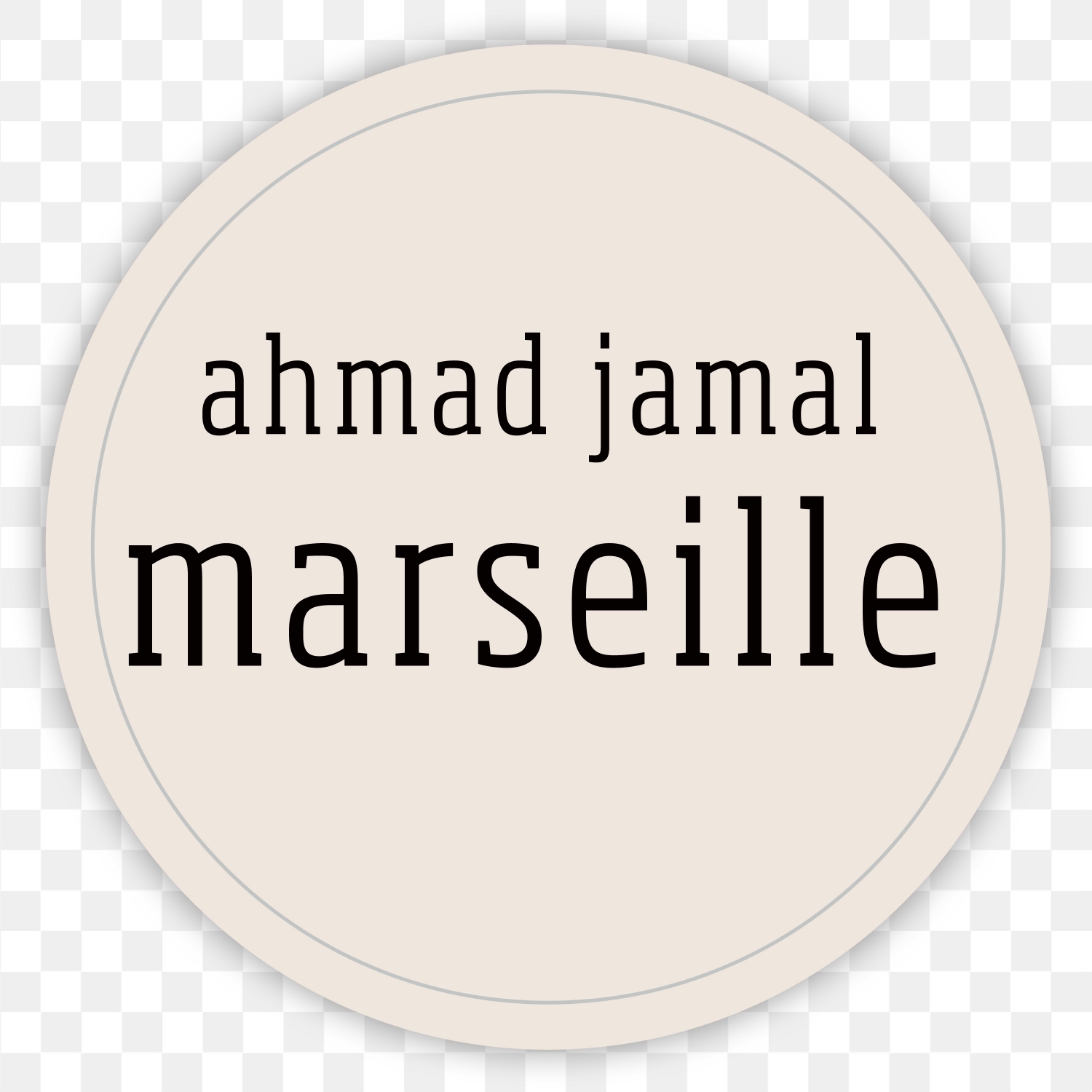