In the most trying of times, it can be reassuring to listen back to the voices who’ve carried us through similar struggles. On his stirring new album Songs of Freedom, GRAMMY® Award-winning drummer Ulysses Owens Jr. explores the songbooks of three female icons of the turbulent 1960s: Nina Simone, Abbey Lincoln, and Joni Mitchell. To convey the profound emotions of these powerful singer-songwriters, Owens has enlisted René Marie, Theo Bleckmann, and Alicia Olatuja, three of today’s most acclaimed jazz vocalists, along with rising star Joanna Majoko.

Songs of Freedom (due out March 1 via Resilience Music Alliance) was originally premiered in September 2016 as part of the Jazz at Lincoln Center celebration of “100 Years of Song.” The program culls inspiring songs from the three icons catalogues expressing the value of and struggle for freedom in America. The repertoire ranges from Mitchell’s soaring evocation of love’s complexity, “Both Sides Now,” to Simone’s acid takedown of the Civil Rights era South, “Mississippi Goddam,” to Lincoln’s rousing protest songs from Max Roach’s “Freedom Now Suite.”

Owens devised the idea for Songs of Freedom when he was approached by Jason Olaine, Jazz at Lincoln Center’s director of programming and touring, to take part in their century-spanning program, with the notion of taking on the period from the 1960s to the present day – a daunting proposition. “I realized that it would either end up a hodgepodge of random songs,” Owens says, “or I could find a defining moment that has influenced everything since.”

The core idea for Owens’ program came from the distressing headlines of the day. “At that time,” he recalls, “social media was blowing up every day with news of police brutality, videos of black men being killed by the cops. So, I thought back to the ‘60s, which seemed like a mirror image of today, and I asked, ‘Who were the figures that were on the front line then?’ I immediately thought about Nina and Abbey, and then I realized Joni would bring more of a love element to this fight.”

Owens quickly grasped that he’d need an equally diverse and versatile cast of modern-day vocalists to capture the full scope of these legendary artists’ visions. The first name that came to mind was Olatuja, a close collaborator who’d recently garnered acclaim for her solo with the Brooklyn Tabernacle Choir at President Barack Obama’s second inauguration. Her rendition of “Both Sides Now” vividly captures the sensation of floating dreamily amidst the clouds. She brings a heart-rending vulnerability to Bernard Ighner’s “Everything Must Change,” accompanied by David Rosenthal’s tender acoustic guitar, and a gospel-rooted soulfulness to Andy Stroud’s “Be My Husband,” both songs performed memorably by Simone.

Bleckmann hails from a more experimental end of the sonic spectrum, here employing his layered, wordless vocals to transcendent spiritual effect on “Balm in Gilead.” He offers a supple, nuanced reading of Mitchell’s “Borderline” and a sly take on Simone’s reggae-infused version of Randy Newman’s “Baltimore.” Owens describes Bleckmann as “a very adventurous singer pushing all these boundaries musically, but beneath all of that stuff is this beautiful voice and an incredible spirit.”

To complete the initial trio of singers, Owens wanted someone who could bring the gravitas of another generation as well as the rich experience of having lived through the period under examination. Marie provides that voice of wry wisdom and bold strength, whether on the raucous “Driva’ Man” from the “Freedom Now Suite” or on Simone’s infamously virulent “Mississippi Goddam.” As Owens says, “Rene lived through a lot of what we’re talking about in this program. We really needed that weightier spirit, that godmother figure who had a deeper connection to the history.”

Majoko brings her own rich palette to the invigorating “Freedom Day,” written by Max Roach and Oscar Brown Jr. Born to German and Zimbabwean parents and raised in Zimbabwe, South Africa and Canada, Majoko has worked with David Clayton-Thomas and Jane Bunnett, and been a frequent guest when Owens has presented Songs of Freedom live.

Owens’ stellar band gets its own turn in the spotlight on the closing piece, the classic spiritual “Oh Freedom.” Pianist Allyn Johnson is right at home with such material; the Washington D.C. native leads an ensemble called Divine Order dedicated to fusing jazz, gospel and classical music. Guitarist Rosenthal has long worked with Owens in Olatuja’s band, as well as performing with Dee Dee Bridgewater, Christian McBride, Bilal and others. Bassist Reuben Rogers, well known for his work with Charles Lloyd, Joshua Redman and Aaron Goldberg, is one of Owens’ closest compatriots. “I try not to do anything without Reuben Rogers,” the drummer says. “He’s my big brother and really anchors me musically.”

Owens’ virtuosity and imagination are fully on display in his brief interludes, in which he plays duet with the words of the great singers to whom he pays tribute on Songs of Freedom. On “Nina,” “Joni,” and “Abbey,” he paints vibrant percussive portraits of each of these icons through the rhythms of their own words, drawn from interviews and poetry.

While Songs of Freedom looks back more than 50 years, Ulysses Owens Jr. is most concerned with how it touches audiences today. “Art has the ability to help you bide the time and get through,” he says. “Nina, Abbey and Joni were doing that while living in even crazier times. Art lets us say, ‘Ok, I can’t change anything, but here’s some people expressing exactly what I feel and the kind of agreement and resolve I hope our nation can come to, so it gives me some solace and comfort – which then gives me the ability to get through the tribulation. My ultimate goal with Songs of Freedom is to unite people.”

Owens himself is one of the most sought-after drummers of his generation. From GRAMMY® Award-winning performances with Christian McBride’s acclaimed trio and Big Band to world tours with Kurt Elling and Joey Alexander, Owens’ artistic command of percussion has earned him positions in some of the most successful jazz ensembles of the 21st Century. Owens’ reverence for tradition distinctly manifests in his straight-away playing style, but it is the versatility of his talent— his unique ability to manipulate texture and create penetrating musical shapes— that attracts the attention of jazz’s heavy hitters. His performance catalog includes collaborations with Nicholas Payton, Wynton Marsalis, Monty Alexander, Dianne Schurr, Renee Fleming and Mulgrew Miller, just to name a few. 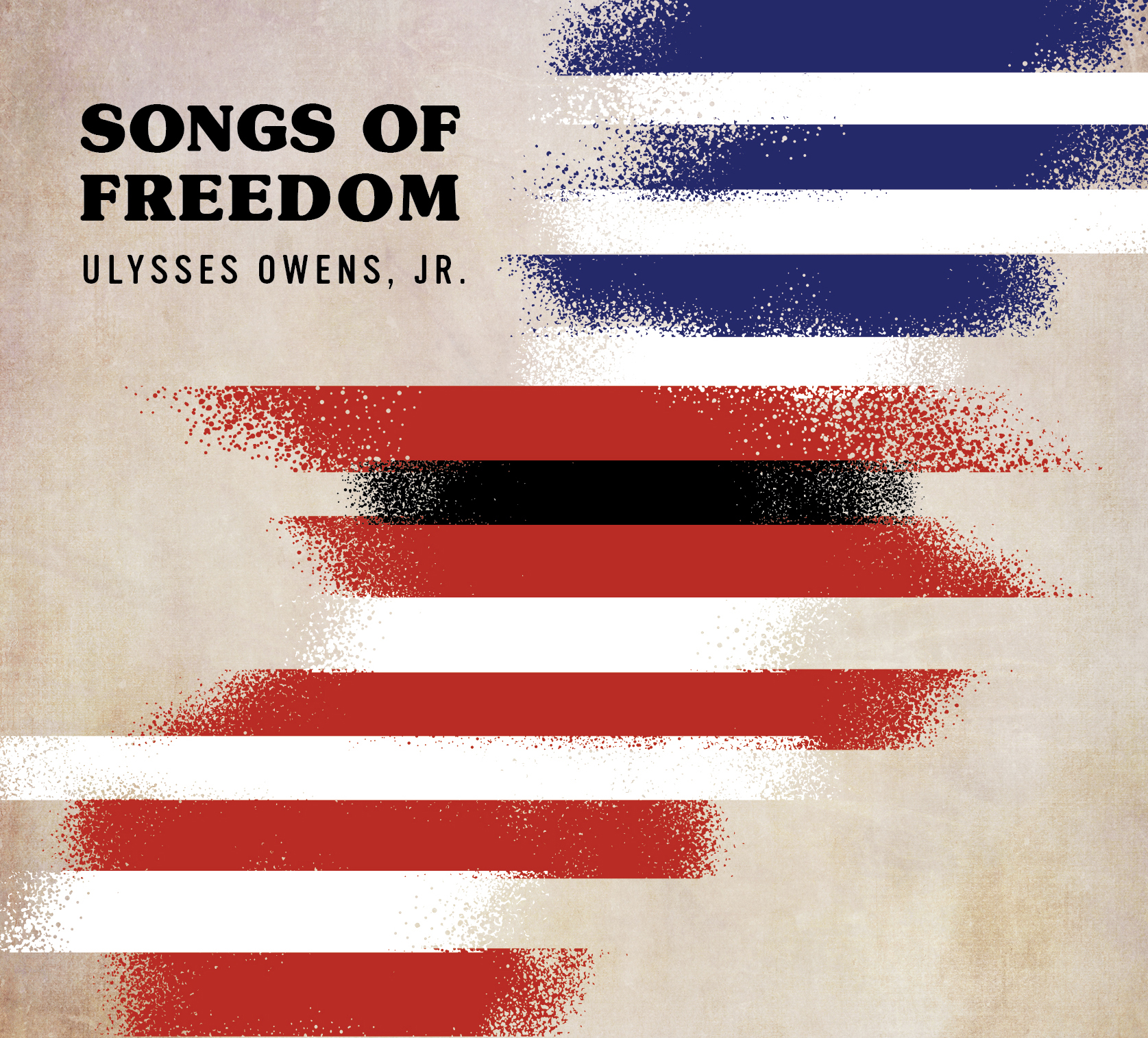