One of the most acclaimed trombonists of his generation, Steve Davis has been a member of some of jazz’s premiere ensembles: Art Blakey’s Jazz Messengers, Chick Corea’s Origins, the Jackie McLean Sextet, Benny Golson’s New Jazztet, the Christian McBride Big Band, and the all-star collective One For All. With Correlations, Davis introduces a powerhouse group all his own, a new multi-generational sextet that weaves together a thrilling new sound from myriad common threads.

Correlations, due out March 8 via Smoke Sessions Records, introduces the new band with a set of inspired new tunes and classic compositions from jazz masters who’ve pointed the way for Davis and his cohort to follow, galvanized by tradition but boldly pushing forward. That adventurousness is just one of the connections that binds these six artists together, one of many correlations that give the album and the sextet their name.

Such commonalities proved important, as the sextet as a whole had never worked together prior to the weekend at Smoke that preceded the recording. There was plenty of shared history between the individual members, however: Davis, trumpet and flugelhorn player Joshua Bruneau, saxophonist Wayne Escoffery, pianist Xavier Davis, bassist Dezron Douglas, and drummer Jonathan Barber.

One of the primary correlations that binds these stellar musicians together is the mentorship of the legendary saxophonist and educator Jackie McLean, via the jazz studies program he founded at the University of Hartford’s Hartt School of Music. Davis, Douglas, and Escoffery all studied directly under McLean; Bruneau and Barber both entered the program later, with all four benefiting from the tutelage of Davis, who joined the faculty in 1991.

“Jackie instilled in us all the value of playing with fire and conviction,” Davis says. “He stressed the importance of keeping one foot in the past and one foot in the future, balancing the tradition and history with looking to do something that sounds fresh and special. All the guys in the band certainly embody those principles when they play.”

Xavier Davis (no relation) is the odd man out when it comes to educational background, but he still shares strong bonds with several members of the band, not least its leader. The two have worked together extensively in David Weiss’ New Jazz Composers Octet as well as the Christian McBride Big Band, while the pianist has played alongside Escoffery in trumpeter Tom Harrell’s band for many years and with both Escoffery and Douglas as part of the collective Black Art Jazz Collective.

“There are all kinds of musical relationships over many years between all of us,” says Davis. “So, while this actual band had never played together, I knew because of all the common roots that the chemistry was going to be great. And we really hit the ground running.”

They were given more than a little extra propulsion thanks to Davis’ exhilarating new compositions for the group. Having penned countless tunes and arrangements for McLean’s revered sextet as well as One For All and his own ensembles, Davis eloquently speaks the language of the three-horn frontline, and was newly inspired by the incredible one he’d assembled for this date.

“I’ve always tried to approach any band I’ve had over the years as our band,” the trombonist stresses. “Anything I write leaves plenty of room for everyone involved to help shape it. The three horns share a very natural camaraderie and simpatico, and the rhythm section is just magic. My job is just to provide the format, focus it with repertoire, and get out of the way and let it happen.”

The album begins in spirited fashion with “Embarcadero,” named for the roadway that curves along the San Francisco waterfront. The tune’s carefree swing captures the feeling of driving a scenic route with the top down, as Davis had the opportunity to do while teaching for the first time at the Stanford Jazz Workshop in 2001 – an especially welcome change of pace for someone used to the hectic, claustrophobic environment of the metropolitan east coast.

The aptly-named “Subtlety” derives its pastel beauty from the rich harmonies of the piece, which coaxes moving, nimble solos from all three horn players. Percussion great Cyro Baptista brings his inimitable touch and vigorous rhythmic complexity to “Bautista’s Revenge” – the parallel in names being entirely coincidental. The title actually stems from Davis’ passion for baseball: Tony Bautista was an infielder for the Baltimore Orioles; during one game Davis witnessed a belligerent Sox fan taunting Bautista mercilessly, until he knocked out a grand slam home run and mocked his tormentor back with a “boo-hoo” gesture.

The tender “Song For My Love” is a romantic dedication to the leader’s wife, Abena Koomson-Davis, that coasts on the preternatural groove of Xavier Davis, Douglas and Barber. The family feeling continues with the sprightly “Newbie,” titled by Davis’ teenage daughter Angie as dad worked it out on the piano. The celebratory “Can't Complain” is a reflection on Davis’ life, a casual acceptance of a contented existence that includes a loving family, unparalleled collaborators, and a remarkable career spanning more than three decades. The final original, “Blues for Owen,” tips the hat to the late Owen McNally, a longtime journalist and jazz booster for the Hartford Courant.

Davis gorgeously voices the familiar melody of Horace Silver’s beloved “Peace,” a timeless composition with an all-too timely message for this divisive era. Xavier Davis’ thundering keys lead into George Cables’ surging “Think on Me,” while the pianist’s stark, delicate side emerges on Thad Jones’ crystalline “A Child Is Born,” which also features Barber’s lush brushwork and a lyrical, eloquent turn from Douglas. McCoy Tyner’s bold, stirring “Inner Glimpse” brings the album to a close with a show of the ensemble’s full force.

Whether you consider Correlations in terms of key mentors, mutual inspirations, shared experiences or sympathetic outlooks, what’s most important is not the source of these connections but the bonds they’ve forged. With this superb new sextet, Steve Davis has assembled a band whose ties can bind in endlessly creative and vibrant new music. 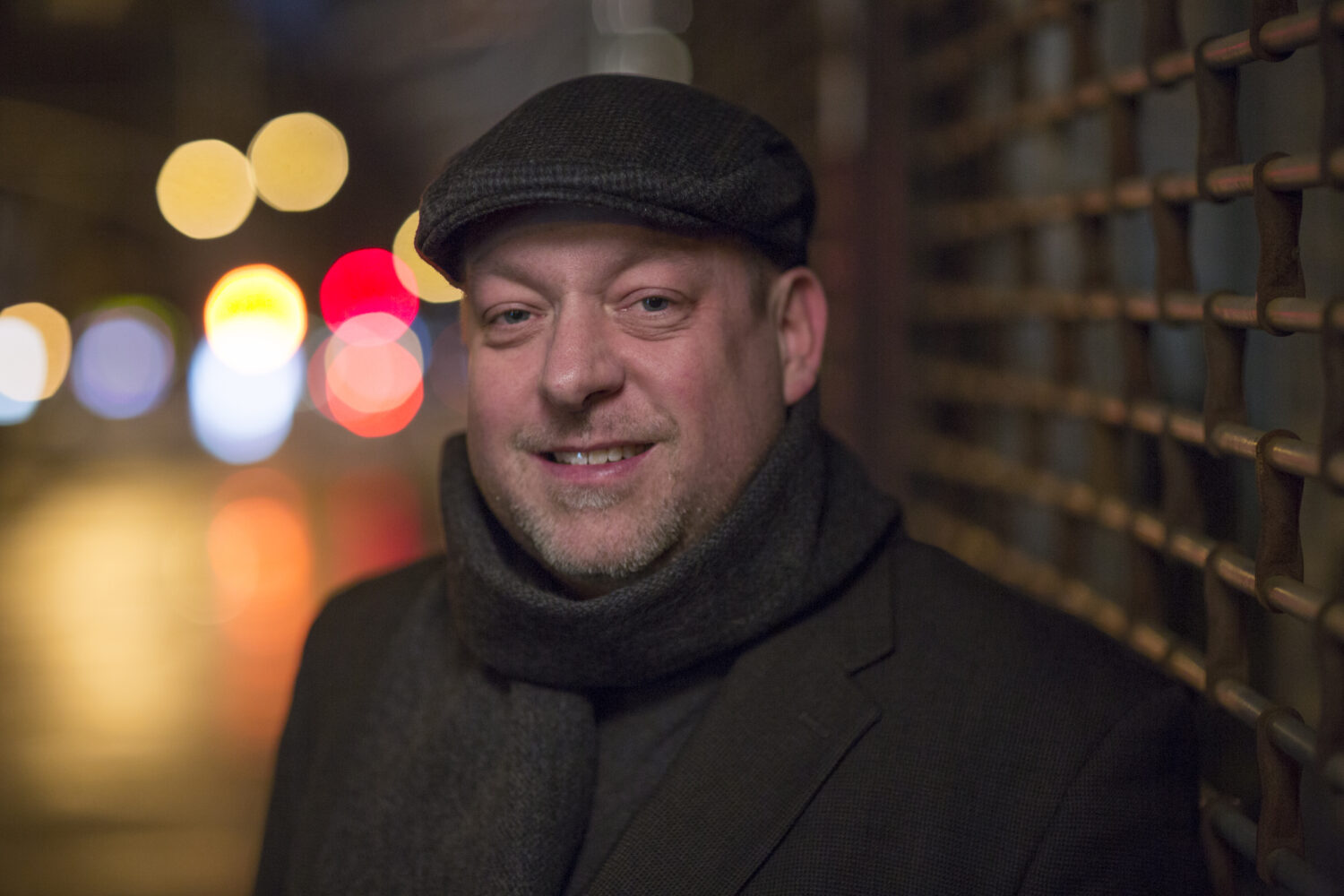 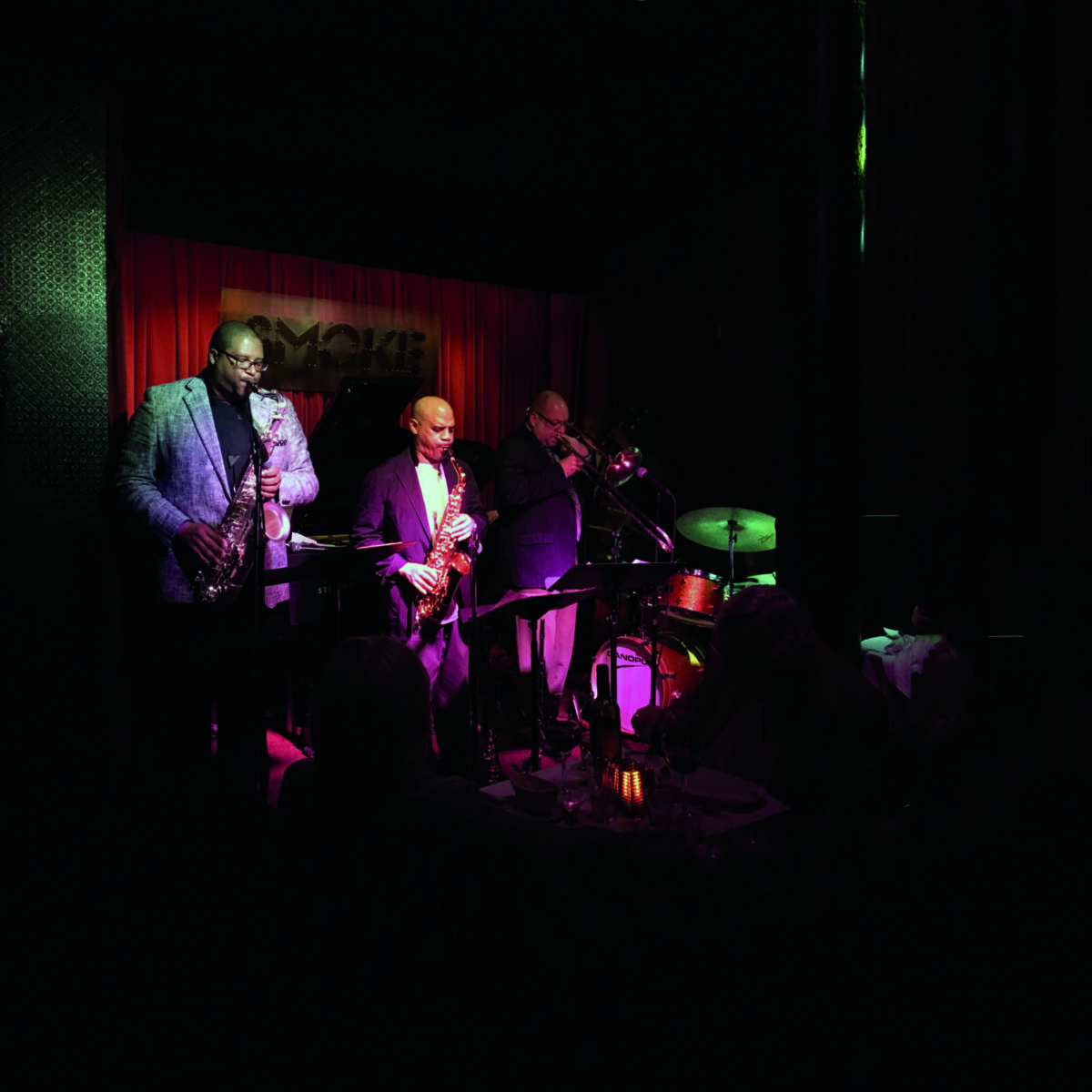 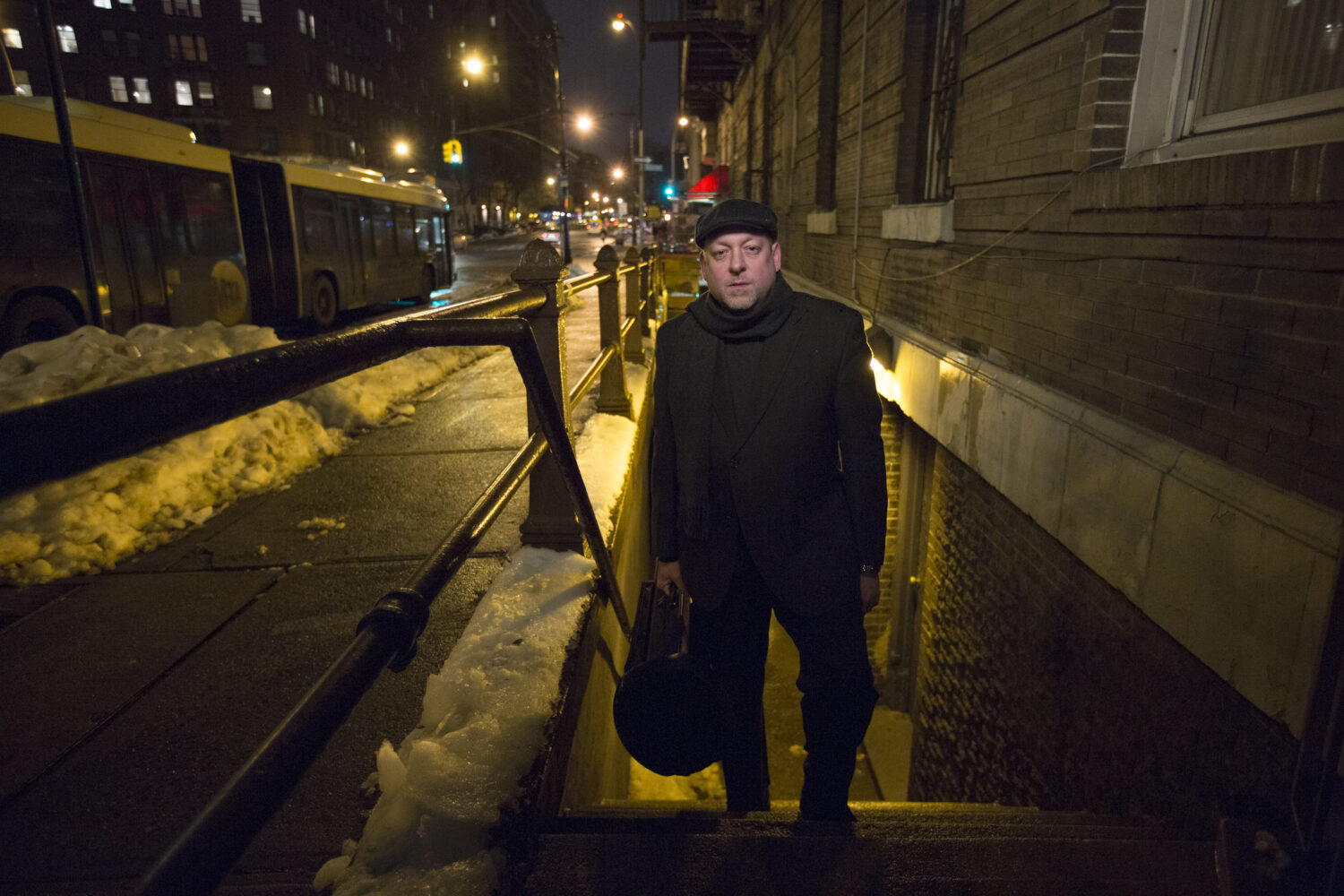 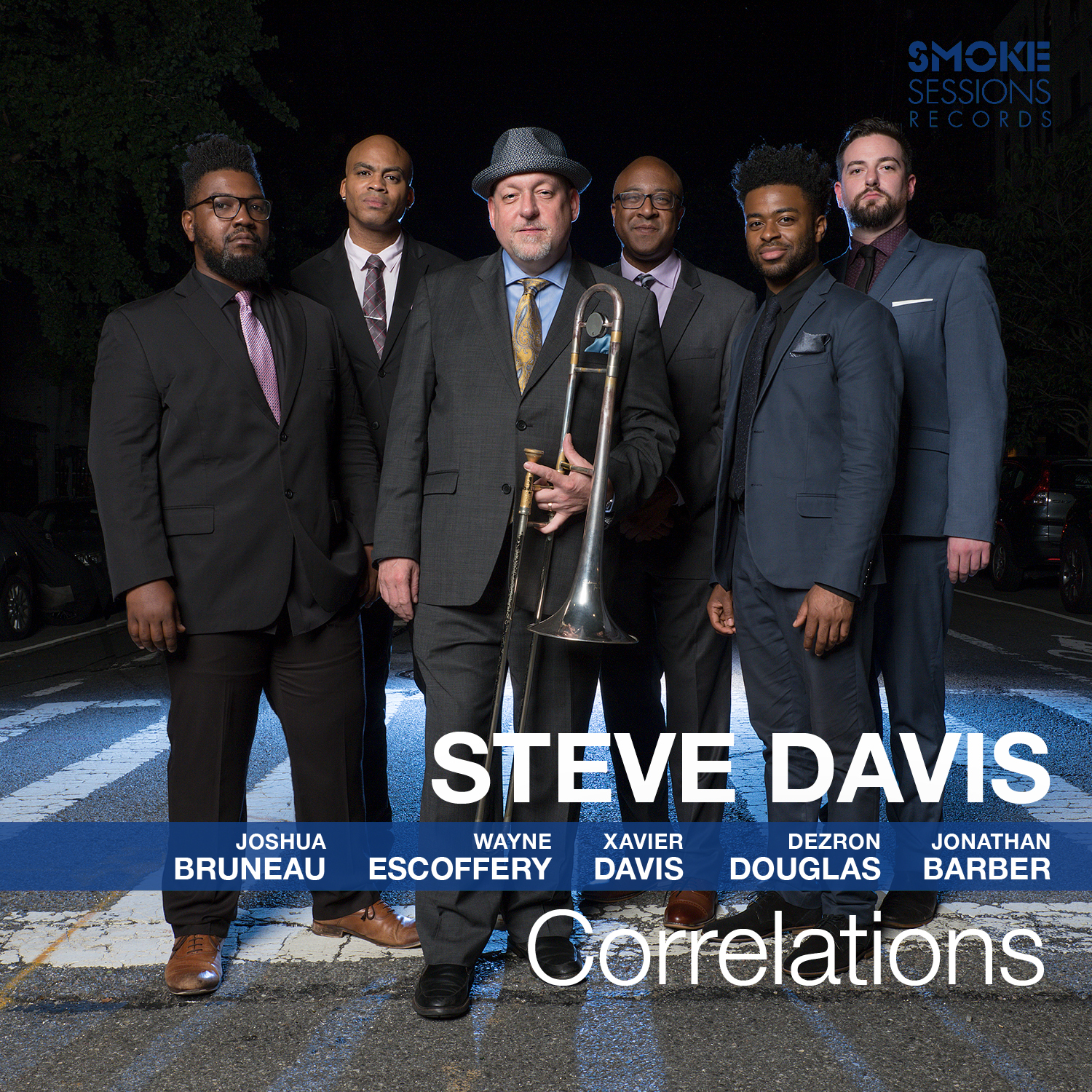