The young jazz veteran trumpeter Sean Jones believes passionately in championing the creative arc of artists who are committed to their life journey. “I think the progression of the art form [jazz] comes with people being allowed to be themselves in their rawest form with no compromise,” he has noted and added, “My body of work is going to show a progression of who Sean Jones is in the most honest form.”

While he spoke these words a few years ago, they serve as a vivid manifesto for his new Mack Avenue Recordsalbum, Live from Jazz at the Bistro, his eighth for the label and arguably the most dynamic, playful and loose-limbed excursion of his career. Indeed, the 38-year-old Jones brings to the sessions a stalwart poise, the fire of ecstasy and a whimsy in motion. “In a nutshell, I’ve been wanting to do a live album for a while,” he says. “I wanted to capture the band’s energy live and record what it’s like to go to one of my gigs. Granted, recording in a studio creates a polished sound where the music is all tied up. But this album, it’s real raw.”

Recorded at the St. Louis club Jazz at the Bistro, the seven-song album, produced by Al Pryor, features Jones presenting two versions of his band, as quartet and quintet, as they “hover on the bandstand between sobriety and intoxication,” he says. The longstanding quartet, comprising pianist Orrin Evans, bassist Luques Curtis and drummer Obed Calvaire has been together for eleven years.

“Having a band this long is really rare in jazz these days,” Jones says. “It’s really hard to do, but we have managed to keep playing together. When we play, it’s become like a conversation, like second nature.” The exception here is bringing in drummer Mark Whitfield Jr. on four tunes as a replacement for Calvaire, due to a scheduling conflict. On the four quintet tracks, Jones showcases another old friend and collaborator, alto and soprano saxophonist Brian Hogans.

Live from Jazz at the Bistro opens with combustion on “Art’s Variable,” a Jones composition that begins with his playful trumpet line and the telegraphic rhythm team fire, with Evans imaginatively rushing on the keys. “I wrote this tune to imagine what it would have sounded like at a gig that Art Blakey might have done with John Coltrane,” Jones says.

The lyrical “Lost, Then Found” is highlighted by Jones and Hogans playing unison soprano sax-trumpet lines that develop into an echo of what each is playing. “We’ve been playing together for so long that we know where to go,” he says. “And I wanted to start the piece with Luques where he swings but also puts the Latin element into the heart of his playing.” The humorous backstory of the Jones composition is that he was walking around his house humming a bass line that then developed into a melody. But right before he started writing the tune out, he sifted through his stash of compositions and found the piece that he had written six years before but forgotten. Hence, the title.

The exhilarating “Piscean Dichotomy” was composed by Hogans. It starts with intensity but then, in the middle, gets spacey and dreamy and features Jones and the alto again playing killer harmony lines. The swinging-with-brio “Doc’s Holiday” is a rhythmically boozy tune written by Evans for a friend who was fond of “lapping up the juice,” Jones says. It features local color supplied by Jones and Hogans and a tasty solo by the composer. In the song there are hip rhythmic hits throughout that represent Doc’s attempts at sobriety.

The blazing-to-soothing “The Ungentrified Blues” features Jones delivering a variety of trumpeting voicings from screaming solos to staccato lines to a one-note hold that gets a rise from the crowd. It’s a tune Jones wrote when he was in St. Louis at a friend’s house right on the border of a gentrification housing project. “I wrote this as an 8-bar blues to get that raw blues form,” he says. “Sometimes we can play so fancy that we lose our grit. This is my way of not letting that happen.”

The uptempo “Prof” with raucous verve from both Hogans and Jones and scalding drums by Calvaire is a tribute to one of his college teachers, the late William Fielder, who also taught such future trumpet stars as Wynton Marsalis, Terence Blanchard and Terell Stafford, among many others. Nicknamed “Prof,” he was highly influential as a teacher, but he wasn’t a pushover. “Prof would mess with us,” says Jones. “He’d keep telling us, you’re not hip enough, your lives are boring. So this is my response: another blues with 15 bars and a wacky melody with fourths. He loved fourths.”

The final piece on the recording, “BJ’s Tune,” opens as a lyrical beauty with Jones’ slow and alluring trumpet line, then builds about halfway through with rhythmic dynamics that ignite the piece into an R&B spirit. Jones soars with high-range solos before bringing the epic journey to an end with a sublime take on “Amazing Grace.” Jones wrote the piece in New Orleans in 2004 at the city’s festival, pre-Katrina. “It’s a tribute to my nephew BJ, who is the son of my wild child brother who became a minister,” Jones says. “He sent me a picture of BJ and I got emotional thinking of the services that my brother and I attended growing up. It was a coming together in a spiritual community. The piece starts soft ands then builds to a whole room of people crying out. I wrote the tune to fuse jazz and gospel.”

While Jones typically ends the piece by playing “Danny Boy,” he moved into “Amazing Grace” because “that’s what I heard in the moment.” And, in essence, that’s what Live from Jazz at the Bistro is all about. The unpredictability, the special spark that makes a live session so moving, so spirited, so honest, so natural and as Jones likes to say, so raw.

Live from Jazz at the Bistro represents one more triumph in a career that has been impressive in its expanse of accomplishments. A gospel-bred drummer who switched to trumpet when he was ten after hearing Miles Davis’ Kind of Blue and Amandla, Jones found his jazz epiphany basking in John Coltrane’s A Love Supreme, which summed up the youngster’s desire to explore the spirituality of the music. He received his master’s at Rutgers University, and then quickly began his ascent into the upper echelons of the jazz world.

He served for six years as the first-chair trumpeter for the Jazz at Lincoln Center Orchestra, toured Europe with Herbie Hancock, Marcus Miller, and Wayne Shorter with a Miles Davis project, and is now in his fifth year as a member of the SFJAZZ Collective. Heavily involved in education, Jones has taught at Duquesne University, Oberlin Conservatory of Music, and is now chair of the brass department at Berklee College of Music. 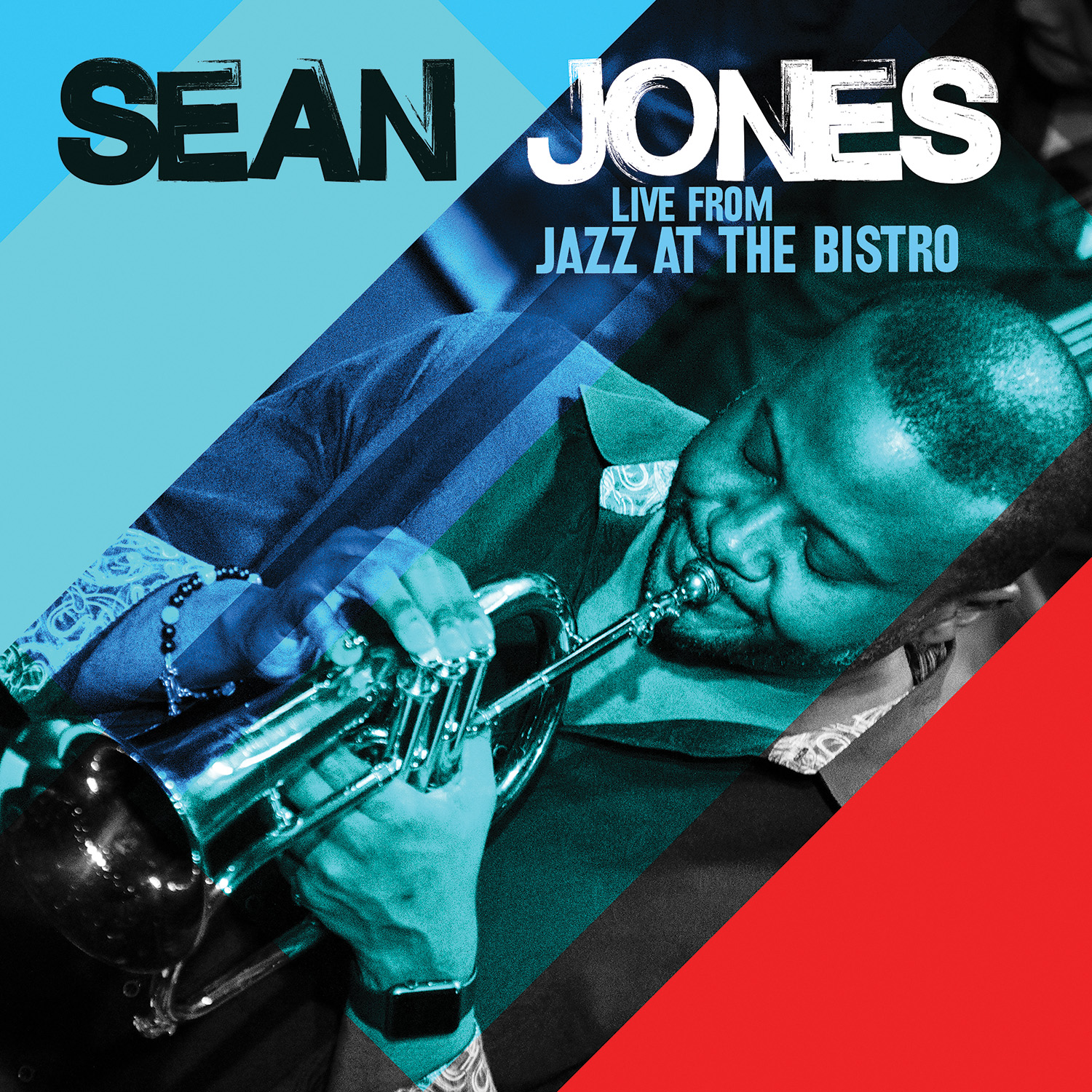 Live From Jazz At the Bistro