BIO
NEWS
BIO
Welcome to Club Rendezvous, a place both inviting and mysterious, lost in time but pulsing with the thrill of the moment. Step inside and be greeted by the hard-boiled and the heartbroken, as sultry femmes fatale brood at the bar and the elite meet near the bandstand.
This is the utterly fantastically yet vividly imagined speakeasy noir conjured by Moscow-born bassist and bandleader Alexander Gershman with his collaborator, multi-GRAMMY® Award-winning writer/producer Charlie Midnight. Performed by Gershman’s brainchild, the Los Angeles ensemble Sasha’s Bloc, Club Rendezvous is the band’s most ambitious creation to date, a concept album co-produced and co-written by Gershman and Midnight, that features dazzling vocals by the band’s multi-talented 23-year-old singer Nikki Lorenzo.
The album is tailor-made to expand into a multi-media extravaganza incorporating period visuals, swing dancing, raucous cabaret and the vintage jazz thrills in which the band excels. Club Rendezvous spins the spellbinding story of a Chanteuse (enchantingly embodied by Lorenzo) who has graced the stage of this mystical nightclub since 1929 (save for a brief but ill-fated fling with Chet Baker somewhere in the distant past), remaining eternally ageless as audiences come and go but always transporting them back in time to a more elegant yet dangerous era. Lorenzo describes the chanteuse as “the most confident, self-aware, romantic powerhouse, and that bleeds through with every lyric.”
The lyrics were crafted by Midnight in close collaboration with Gershman. Midnight, a multi-GRAMMY® award winning and GOLDEN GLOBE® nominated writer/producer whose career highlights include co-writing the GRAMMY® nominated James Brown classic “Living in America,” writing for more than 40 films as well as writing/producing for a diverse range of superstars including Barbra Streisand, Cher, Billy Joel, Joni Mitchell, Britney Spears, Andrea Bocelli, Christina Aguilera, Joe Cocker and Chaka Khan.
“We became more and more immersed into this speakeasy environment. Charlie came up with the idea of this singer out of time, who stays in the club through the years as the world changes around her,” Gershman describes. “It fit my music perfectly, because as I was writing this album, I found my tunes taking shape in a similar style but with a more modern twist. I really want these songs to appeal to a younger audience, to introduce them to the beauty of classic jazz, and I think Charlie’s experience in pop music is perfect for that. It’s been a great collaboration.”
Once they fleshed out the concept, it became clear that they’d need a singer who would capture a demanding set of requirements – someone able to connect with the jazz sound of a bygone era while maintaining a modern sensibility, able to create a living, breathing character from her voice alone, and able to capture the audience’s attention to carry them through the narrative with a range of sensations, from haunting to wistful, sassy to seductive.
A series of auditions brought them to Lorenzo, a brilliantly talented young singer, songwriter and actress whose own music is a far cry from the nostalgic style of Sasha’s Bloc but carries in it the traces of jazz and pop music past. “I moved to Los Angeles to pursue music and acting,” says the Miami native, “and through Club Rendezvous I feel like I get the best of both worlds. I get to be theatrical and step into a character, to play around with different looks and vocal styles. Yet she’s still an extension of who I am as an artist.”
Gershman is enthusiastic about his discovery and her ability to breathe life into his multifarious Chanteuse. “Nikki is young, intelligent, talented, has a very good command of the voice, she’s mysterious, she understands cabaret, she has that energy and confidence, and she works really hard,” he says. “For a 23-year-old she has remarkable depth and can find the darkness this project needs as well. Jazz is about storytelling; the quality of the voice is important, but it’s the delivery, the ability to tell the story a get people emotionally involved in what you’re singing, that’s so rare.”
“Every song I sing,” Lorenzo entices on the opening track, “honey, I sing for you.” From the ragtime barroom feel of “Rendezvous” she coaxes the listener forward in time for the intoxicating, string-swathed ballad “Kiss for a Kiss.” Harmonies (courtesy of the Sashettes) enliven a feminist rejection of jilted-lover clichés on the raucous “Swing and Swagger,” while “Cigarettes, Coffee and Champagne” basks in bittersweet morning-after solitude.
A blast of drums and horns opens the upbeat “Going to Extremes,” featuring a guest vocal by former Glee star Matthew Morrison. Kye Palmer’s elegiac trumpet sets the mood for the aching “Memory in Black and White,” contrasted by the lively rhythms of “Boogie Side of Town.” Andy Langham’s last-call piano captures the “sex and mystery” promised (or regretted?) by “Written with the Blues,” while “Land of Noir” puts a pop spin on the shadow shrouded genre of gin joints and double-crosses.
Lorenzo’s feline slink pairs with Gershman’s stealthy bass on “Alley Cat,” before “I Choose Happiness” lets the sun back in to a jaunty rhythm. “Crazy Love” luxuriates in the madness of passion before Lorenzo concludes the story with the vintage feel of “Time Out of Time.”
The music of Club Rendezvous bristles with the excitement and virtuosity of some of the finest musicians in L.A., many of whom have been part of Sasha’s Bloc since its beginning. “These are the most talented people I’ve ever worked with,” Lorenzo says. “I love that because it makes you want to rise to the occasion. For audiences, it’s like nothing they’ve ever seen before. You can go watch a regular concert and be moved, but this is special – a big band experience with timeless songs that still very much hold a place in your world.”
NEWS 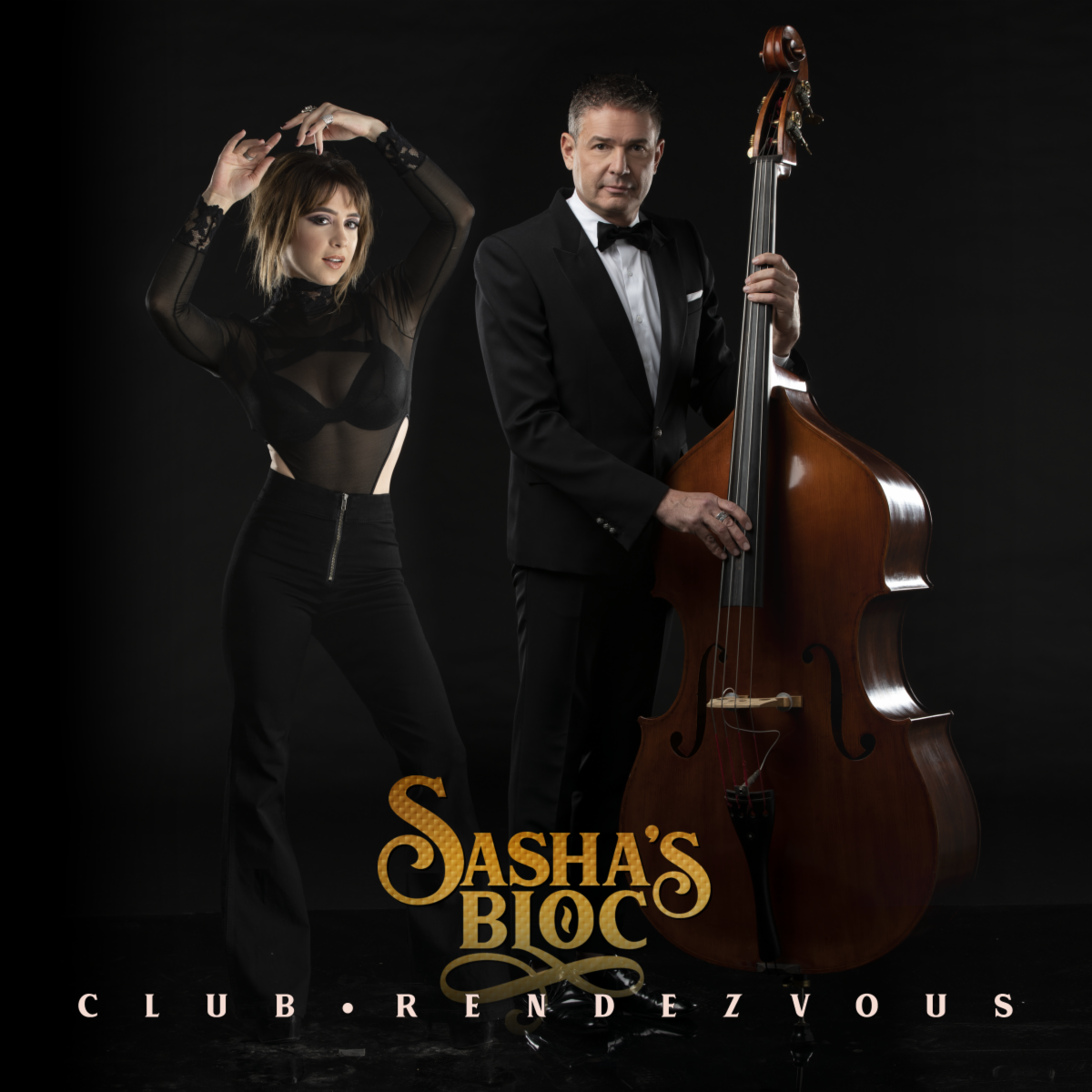