Rondi Charleston knows the power of a story well told and knows how to tell it like it is. This talent, which led her to winning both Emmy and Peabody Awards as a field producer for ABC’s Diane Sawyer, led also to her back to her innate passion and a third act: that of a rising jazz singer and musical poet with a mission to use her talents to bring wisdom, strength and joy to a world in which so many people find themselves facing compounded challenges. “I feel that the artist’s job is not only to capture what’s going on in the world around her, but to reflect on what’s going on; to try to make sense out of chaos,” says Charleston.

“Hopefully, I can also entertain, inspire, and leave audiences with a feeling of hope for the future,” she notes. “My challenge is to write music and lyrics that do all three.” Charleston has been meeting the challenge since 2009 in a series of impressive releases on Motéma Music. With her latest album Resilience, she reaches new heights as a vocalist, composer, and arranger with six originals compositions, distinctive renditions of three jazz standards, and a beautiful rendition of “A Healing Song” by pianist and jazz education leader, Eli Yamin.

“There have been several chapters in my artistic life. I’ve gone from being an actor and opera singer at Juilliard, to the world of investigative journalism at ABC News, and now, back to my first love, which is traditional and contemporary jazz,” Charleston explains. “There’s a lot more uniting all this than meets the eye. In each case, you’re telling a story and in it, hopefully, revealing a powerful truth, whether it’s a corporate cover-up or a deep, hidden emotion. Over the last several years, I’ve been noticing folks talking about the notion of resilience, and how we’re all struggling with the huge challenges that life presents. It turns out, resilience really is a trait we all have inside of us to some degree, and need to cultivate it in ourselves and in our society if we want to survive as a species.”

“I consider myself extremely fortunate to create music with incredible musicians and human beings,” Charleston says of pianist Brandon McCune, bassist Ed Howard, drummer McClenty Hunter and percussionist Mayra Casales. She reserves special praise for guitarist, co-composer and musical director Dave Stryker. “Dave is my musical alter-ego, mind-reader and partner in crime, so to speak. He brings a deep well of jazz knowledge, musical sensitivity, creative juice and endless patience to the table. I always heard a horn section for some of these songs, so Dave brought in trumpeter Alex Norris and saxophonist Tim Reis and wrote charts that completed that seductive, deceptively simple aura and invites you in and knits everything together.”

The title track, which confronts the challenge of the day-to-day grind with affirmative strength, is indicative of Charleston’s knack for vividly bringing scenes to life. Charleston’s compositions show a rare gift for giving universal meaning to personal experience, whether the romantic setback of “Around the Corner,” the warm remembrances of “Scrapbook” or the nurturing message of “Just a Heartbeat.” “I read once that Leonard Cohen took more than a year to write ‘Suzanne,’ which gives me some solace,” reflects Charleston. “‘Just a Heartbeat’ percolated in my head subconsciously for 18 years. I had an epiphany the moment I saw an image of my daughter for the first time on an ultrasound screen – completely vulnerable, fragile and yet mighty at the same time. I realized that inner strength would be just as important as the physical strength she would need to navigate the world. As she prepared to leave for college last summer, the song finally emerged, as a maternal reflection on letting go.”

Charleston proves equally sure-footed when putting herself in others’ shoes. “Refugee,” a churning jazz waltz, was inspired by a New York Times story of a girl who escaped by boat from Syria while the rest of her family perished, while “Evidence” echoes the environmental challenge proposed by Al Gore’s film An Inconvenient Truth. The program also includes three standards that echo the Resilience theme, and closes with “A Healing Song,” which is written by Eli Yamin, Director of the Jazz Power Initiative (“JPI”), a non-profit organization that Charleston has actively supported as a lead board member for the last four years.

In addition to recording and touring, Charleston has recently co-founded Resilience Music Alliance, a mission-driven record label, with her husband, political/social activist and arts patron, Steve Ruchefsky. RMA is dedicated to empowering artists who celebrate and challenge the human condition of Resilience. To further explore this universal theme, Charleston is conducting a series of webcast interviews with visionaries such as Deepak Chopra, Cory Booker and others.  “It’s thrilling to have the chance to talk with such deep thinkers, and I look forward to sharing their insights with our community of like-minded people.”

Those close to the singer will recognize also that the emotional depth of this project is likely due in part to the fact that the singer herself had to reach deep down recently to cultivate resilience to win her own battle with a medical issue which slowed down for over a year before she rose up to record this project. Music has surrounded Charleston her entire life, though. Her father, an English professor at the University of Chicago, was a jazz fan who took the then six-year-old and her brother to hear Duke Ellington. Her mother, a singer and voice teacher specializing in contemporary classical music. Admitted to Juilliard as an acting student, Charleston also studied classical music. After graduation, early years singing opera led to frustration and a change of careers. “Being small, I was always cast as the maid, never the countess,” she notes, “it was frustrating not to ever get the meaty parts, so I decided to shift gears, and learn to be a cultural reporter like my idol, the late Charles Kuralt.” She was admitted to the NYU Masters program, where she won an award for an investigative report that led to a job at ABC News. Beginning as a researcher, Charleston ultimately became a field producer, winning Emmy and Peabody Awards for her work with Diane Sawyer. But Charleston had hardly abandoned music.

During lunch breaks, she took voice lessons from Peter Eldridge of New York Voices, and at night she played cabaret gigs. “I put jazz singers on the highest pedestal, and never thought of myself that way at the time,” she admits, “but Peter saw that I had something special, I guess, and could swing, and he really helped make the transition organic.” When her daughter, Emma, was born, Charleston realized that she didn’t want her life controlled by the demands of her job. “So,” she explains, “I decided to focus on motherhood, return to my first love – music, and see what would happen.”

The vocalist has long been active in making the world a better place: She and Ruchefsky have contributed significantly to many causes, including JPI, which transforms the lives of underprivileged children through Jazz Arts Education, The Hole in the Wall Gang Camp– Paul Newman’s visionary charity that brings joy to children with cancer, as well as many other causes focused on elevating hope to defeat despair. “Giving back is what it’s all about in this world,” says Rondi, “especially when you can see the immediate and profound impact you’re having on the lives of so many people.” 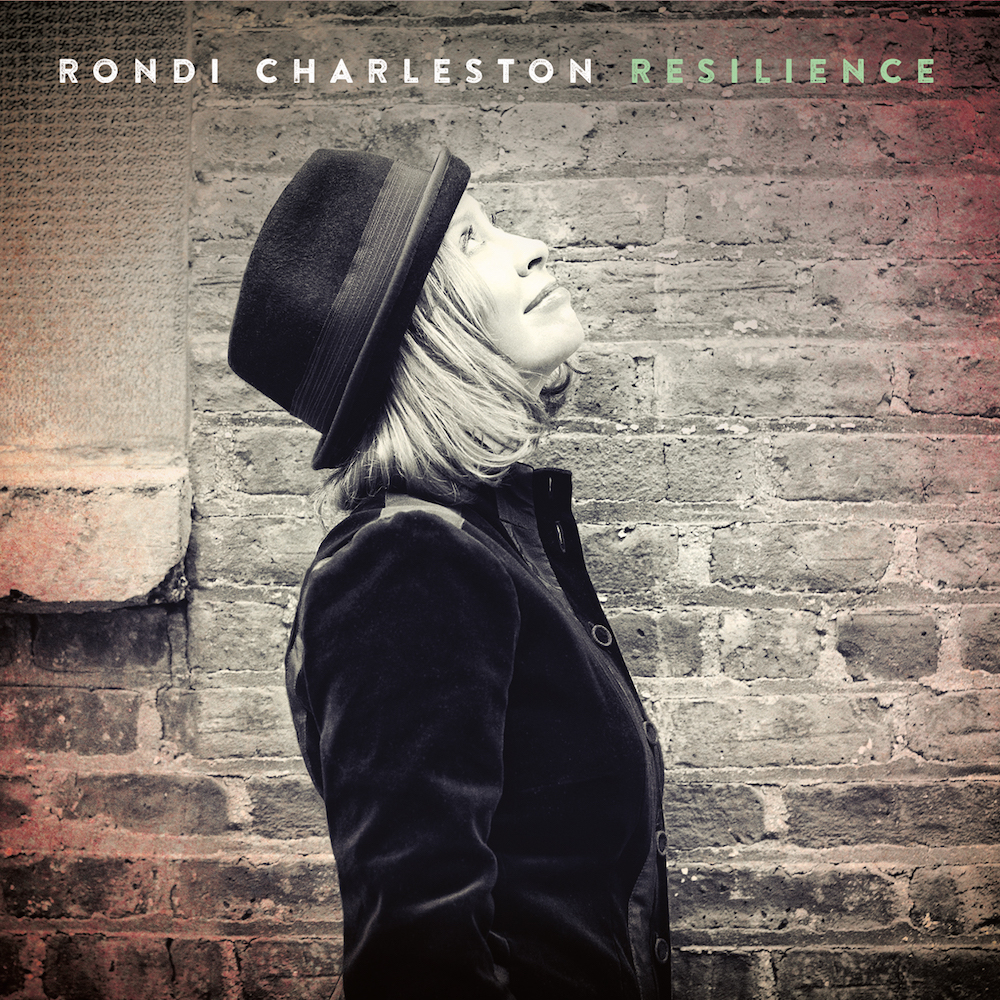