BIO
NEWS
BIO
Given the substantial impact he had on the music and culture of his time, it can be shocking to remember that Nat “King” Cole only lived to the age of 45. March 17, 2019 marked the 100th anniversary of Cole’s birth in Montgomery, Alabama; to celebrate, vocalist, arranger, and multi-instrumentalist Orice Jenkinswill release Centennial Cole, a deeply personal tribute to the legendary pianist and singer that reinterprets songs immortalized by Cole with modern jazz and classical influences.
Due out September 20, 2019 via Truth Revolution Recording Collective, Centennial Cole features Jenkins’ soulful vocals, which share Cole’s gift for moving fluidly between a wide variety of genres, with the Hartford string quartet Cuatro Puntos and a gifted cast of musicians including pianist Zaccai Curtis, bassists Frank Brocklehurst and Matt Dwonszyk, guitarist Susan Mazer, drummers Chuck Peterson and Jocelyn Pleasant, and percussionist Alvin Carter, Jr.
“Nat ‘King’ Cole changed the trajectory of the music world multiple times during his short life,” Jenkins writes in the album’s liner notes. “As a singer, composer, arranger, and Black American, I am proud to do my part in preserving [his] legacy.”
If it were only for his musical output, Nat “King” Cole would still be considered an iconic artist today. But in addition to releasing a steady stream of still-beloved hits over the course of his 25-year career, Cole was a Civil Rights pioneer, leading the way by example for later generations of African-American artists. His revered trio became the measuring stick for small jazz ensembles that followed in its wake. He directly inspired legends such as Michael Jackson, Ray Charles, Nina Simone, Marvin Gaye, and his own daughter, Natalie Cole, along with countless other musicians.
“It shouldn’t be surprising to learn that I’m a huge Nat Cole fan, given that we both worked successfully as pianists before the world realized our true calling,” Jenkins says. “We are both baritones, which is unfortunately uncommon in the modern pop music world. Nat is one of the few singers that I could look at to hear and see myself... Nat’s perfect pitch, creative arrangements, flashy piano playing, and legendary collaborations greatly influenced my musical palate.”
Centennial Cole opens with Jenkins’ intimately swinging take on “Let There Be Love,” a song that he discovered after watching Cole’s 1963 BBC television special. Jenkins sings the tune a cappella, accompanied only by the snap of his fingers. Though it’s been recorded countless times, “Mona Lisa” is synonymous with Nat “King” Cole. Taking his cue from Cole’s own revolutionary use of strings on his recordings, Jenkins enlists Cuatro Puntos to radically reimagine the piece.
Jenkins sings directly from Cole’s perspective on “Birmingham,” the album’s sole original composition. The protest song recounts an incident that occurred in the titular Alabama city in 1956, when members of the North Alabama Citizens Council, a local faction of the Ku Klux Klan, assaulted and attempted to kidnap Cole on stage. “Nat passed away before the end of the Civil Rights Movement, but I imagined that he could’ve written a song like ‘Birmingham’ if he made it to the 70s,” Jenkins says.
The djembe playing of Alvin Carter, Jr. adds an African undercurrent to the “hippie anthem” of Eden Ahbez’s classic “Nature Boy,” inline with what Jenkins calls his determination to remain “unapologetically Black at all times.” Jenkins then sits down at the piano, for the first time on record since his 2014 debutAround the Piano, for a closing-time rendition of Hoagy Carmichael’s “Stardust.”
Jenkins takes the title of Oscar Levant and Edward Heyman’s “Blame It on My Youth” quite literally, returning to an arrangement originally penned for his high school orchestra, reduced for string quartet. A tribute to Jenkins’ mother, it’s the first of three family dedications: “The Very Thought of You” is an homage to his great-grandmother, while the tender “For All We Know” is dedicated to Cole’s mother, Perlina Adams Coles.
Driven by Frank Brocklehurst’s electric bass groove, Jenkins’ funky arrangement of Charlie Chaplin’s “Smile” (a song whose lyric version was premiered by Cole) effectively closes out the set, before the epilogue of “Inseparable,” the title track from Natalie Cole’s 1975 debut album. The song is a soulful send-off to lost loved ones and musical heroes, as well as the family of musicians who helped Jenkins realize the album.
It’s been well over 50 years since Nat “King” Cole’s passing, yet his influence remains strong as generations pass. With Centennial Cole, Orice Jenkins helps ensure that Cole’s indelible genius will live on into the next century.
NEWS 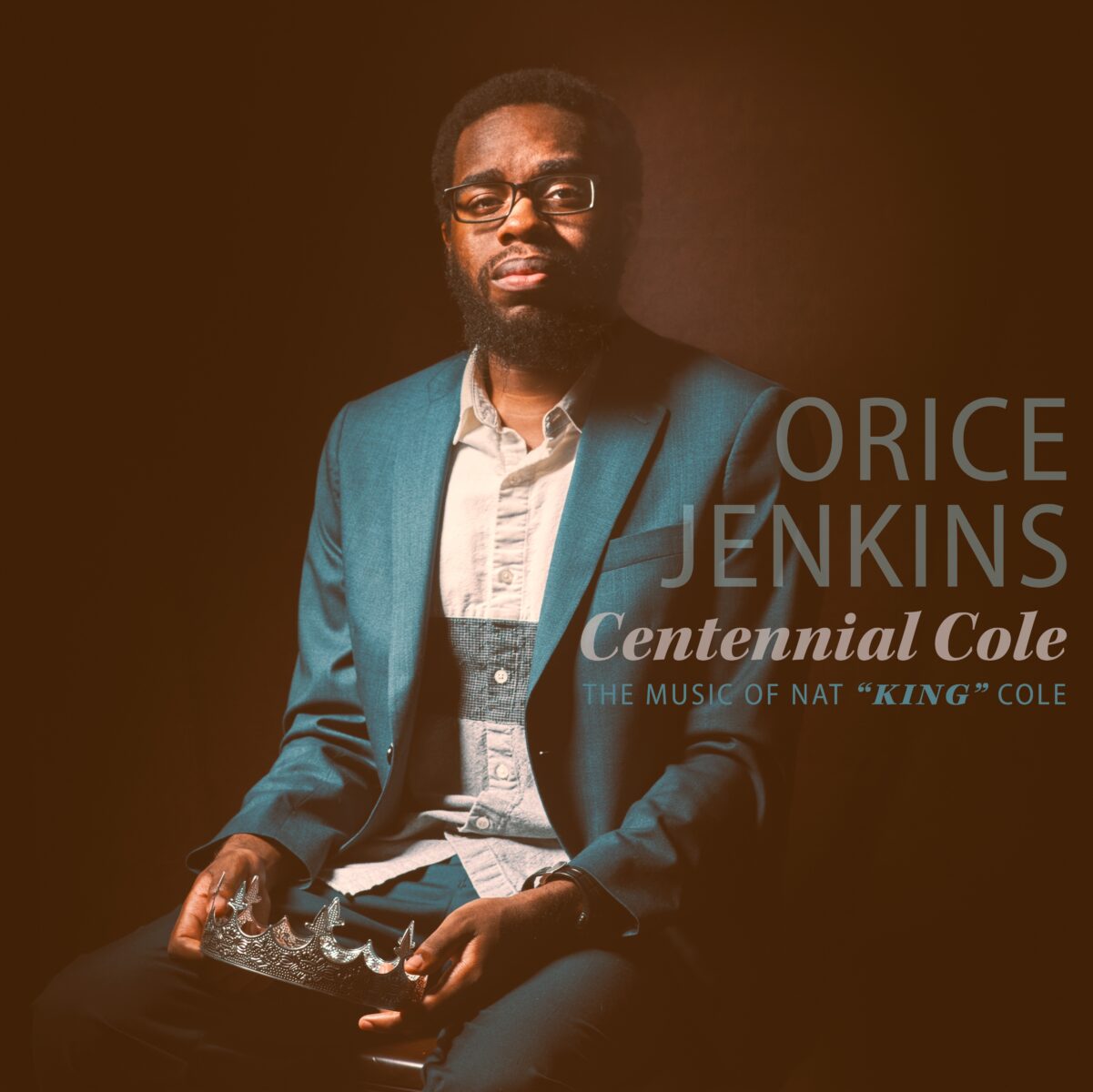