For his landmark 25th album as a leader, iconic pianist, composer and bandleader Michel Camilo wanted to do something truly special. That’s saying something, given that every release by the GRAMMY®, Latin GRAMMY®, and Emmy-winning Camilo is an event. But the Dominican-born pianist set out to celebrate in a big way: namely, by reconvening his all-star big band for the first time in a quarter-century to explore the full scope and breadth of his remarkable career.

Essence, due out June 7 via Resilience Music Alliance, offers exactly that: the essence of Camilo’s artistry spanning the last 40 years. The music, arranged in collaboration with trumpeter and longtime collaborator Michael Philip Mossman, is drawn from key points along Camilo’s storied trajectory. Most of the material has only been heard in trio settings in the past, while much of it hasn’t been revisited in the studio since the original recordings. All of it, however, vividly reflects the composer’s diverse influences, bringing together the various strands of his passion for jazz improvisation, Latin roots, and classical training.

“I tried to choose music from every stage of development as a creative artist and as a composer,” Camilo says. “I picked songs that represent shifts in my career and my point of view, that showcase how I developed my sound. I’ve always thought of the trio as a mini-orchestra, so the big band is a way to celebrate my career and my journey with a group of friends creating together in the studio.”

The cover of the album references an even more basic essence, the four elements that contribute to all life on the planet – each of which is represented vibrantly in the pianist’s singular sound. “My music has the fire, of course,” Camilo explains. “The air is the space between the lines and the way we breathe together. The water comes in the flow of ideas while the earth is in the grooves, the organic way they bring you down to earth.”

While Camilo has performed his music as a featured soloist with some of the world’s most acclaimed ensembles – Danish Radio Big Band, WDR Big Band, Luxembourg Jazz Orchestra, Vienna VolksOper Big Band, Bulgarian Brass Association, countless symphony orchestras – Essence is only the third occasion on which he’s recorded with his own big band. The first was the acclaimed 1994 album One More Once, followed in 2009 by Caribe – a live recording of the same material from the pianist’s 1994 return to his native Dominican Republic.

The core of the band, as always, consists of Camilo’s remarkable rhythm section. In-demand drummer Cliff Almond has worked with the pianist for nearly 30 years, appearing on many of his most beloved releases. Ricky Rodriguez is a young lion originally from Puerto Rico who has become Camilo’s bassist of choice in recent years, alongside his work with Joe Locke, Arturo O’Farrill and Dafnis Prieto, among others. The newest addition is Eliel Lazo, a Cuban percussionist and vocalist currently based in Copenhagen.

The album opens with the combustible grooves of “And Sammy Walked In” from Camilo’s 1989 album On Fire. The tune got its name from its original guest percussionist, the great Sammy Figueroa, who happened to wander into the studio during the session and ended up providing the song’s crucial element with his virtuoso conga playing. Lazo proves a worthy successor with his own solo, in conversation with Almond’s raucous work on the kit. The barn-burning title track is also revisited, with an audacious alto solo courtesy Sharel Cassity.

Figueroa is one of three master percussionists to whom Camilo pays homage on Essence. The second is the iconic Mongo Santamaría, the honoree of “Mongo’s Blues.” Santamaría took Camilo under his wing shortly after the young pianist moved to New York in 1979 and appears on Camilo’s self-titled American debut from 1988. Lazo provides a stirring introductory piece on percussion and vocals, both a lament and offering, that leads into the song, an intricate weave of blues, swing, and Afro-Cuban rhythms worth of its namesake.

Almond’s dexterous rhythms lead into the third tribute, “Repercussions,” a nod to the late, great Art Blakey. Camilo crossed paths with the head Messenger during his days as a regular at the now-defunct Upper West Side club Mikell’s in the ‘80s. “Art used to play there whenever he was in town,” Camilo recalls, “and I even sat in with him one night. He pulled me out of the crowd. It was one of the highlights of my life.”

The impressionistic “Liquid Crystal” shows another side of Camilo’s compositional voice and shines a spotlight on the ensemble’s youngest members, Cuban-born trumpeter Kali Rodriguez-Peña. “I wanted a Miles Davis vibe, full of long lines and atmosphere,” Camilo says. “With a name like ‘Liquid Crystal’ you expect something that flows. Kali killed it.”

The roiling “Mano a Mano” is the titled tune from Camilo’s 2011 trio album, and here provokes fiery, athletic turns from Bowen, Dease and Mossman. The same album also provides the blistering “Yes,” highlighted by Urcola’s lyrically burning trumpet. The evocative ballad “Just Like You” was originally penned for a film soundtrack, meant to evoke a sultry, mysterious film noir mood, and was reprised in trio form on 2002’s Triangulo (also the source of the smoldering “Piece of Cake”). Here it provides the perfect setting for a supple outing by Antonio Hart, a regular member of Camilo’s bands.

The album’s closing track is also its earliest; “Hello & Goodbye” reaches all the way back to Camilo’s 1985 debut, Why Not?, originally released only in Japan and not recorded again since. “I wanted to revisit some of the songs that I haven’t rerecorded over the years, take a fresh look and explore all the new ideas that we’ve discovered in them over the years,” Camilo says.

That never-ending sense of discovery lies at the essence of Camilo’s brilliant sound, which has thrilled audiences throughout four decades and, with the release of the stellar Essence, 25 albums. “Time flies when you’re having fun,” Camilo concludes. 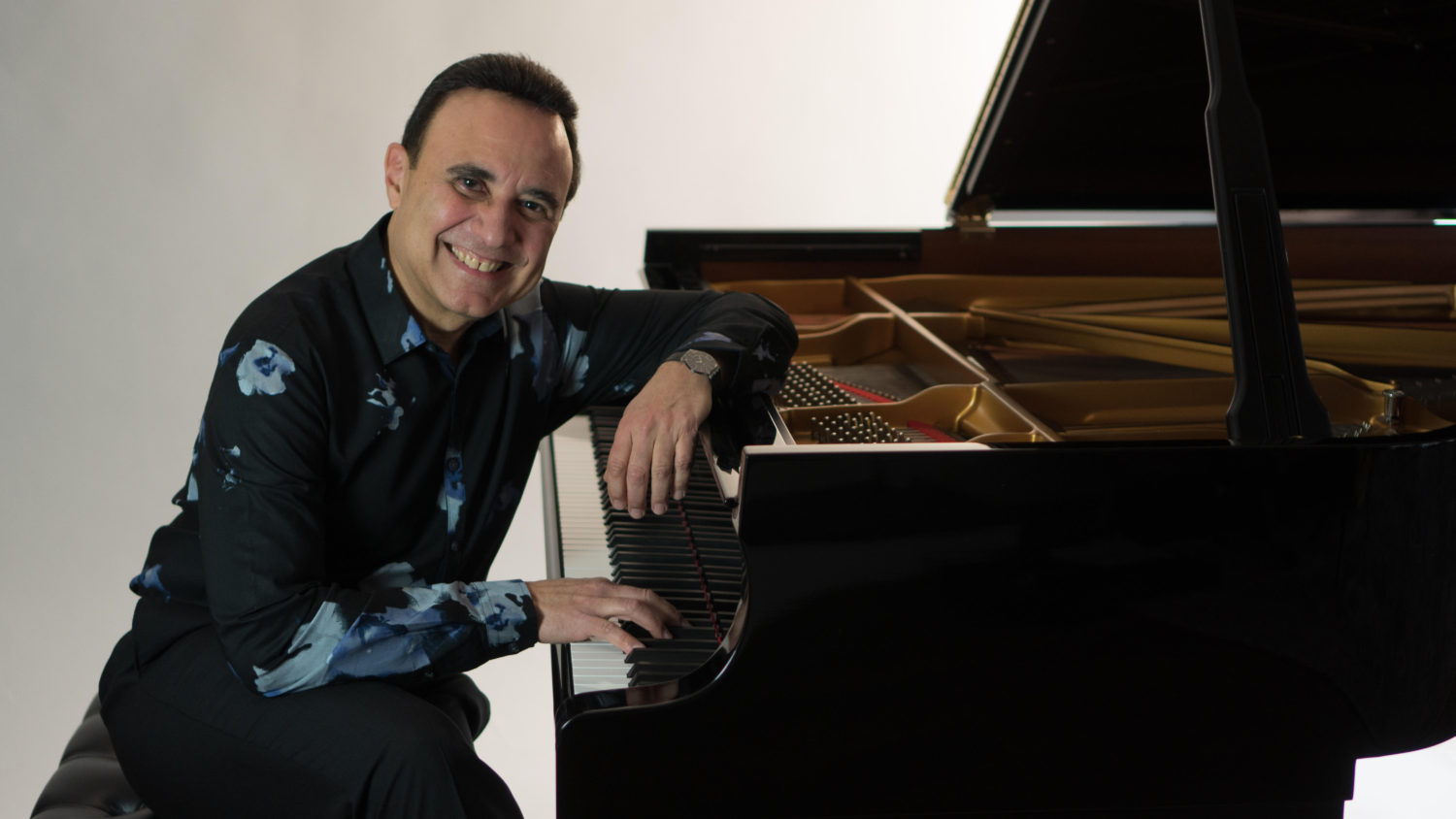 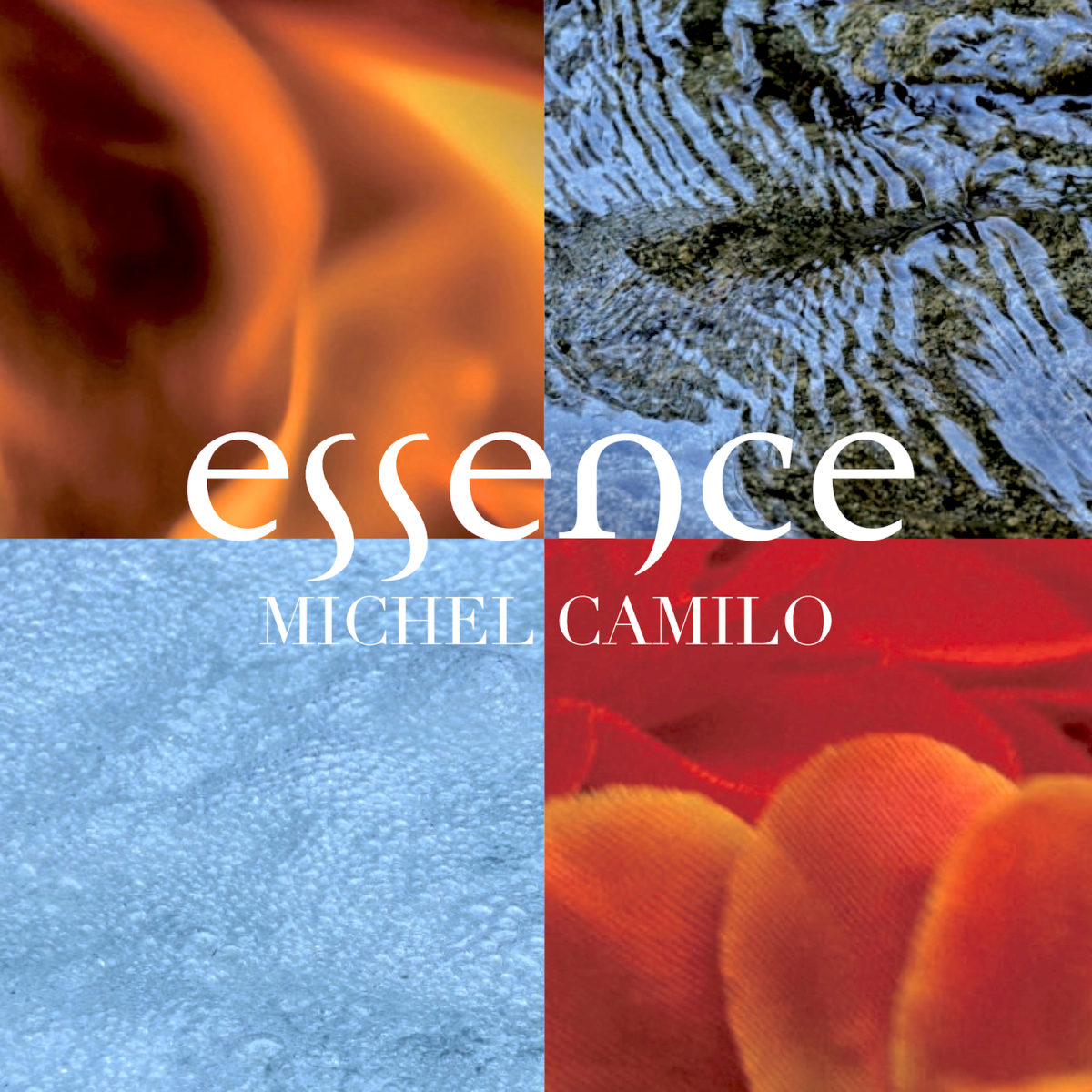