On Modern Flows Vol. II, trumpeter Marquis Hill’s mission is clear: “I want to continue to blur the genre line between quote-unquote ‘jazz’ and hip-hop, because I’m a true believer that it is the same music,” he says. “their roots come from the same tree; they just blossomed on different branches.”

Hill—“a smart post-bop player who circumvents genre clichés by incorporating elements of hip-hop and contemporary R&B,” says the New Yorker—is uniquely and extraordinarily qualified for the job. He’s one of the most gifted trumpeters on the scene and arguably the finest of his generation—the victor of the 2014 Thelonious Monk competition, and the recipient of the Rising Star title for trumpet in the 2016 DownBeat Critics Poll. A Chicagoan now based in New York and barely into his 30s, Hill learned the jazz language during a thrilling period in hip-hop history and the golden age of neo-soul. In recent years, he’s developed a global reputation as a determined and tastefully innovative bandleader.

In shaping the 15 original pieces that comprise Modern Flows Vol. II, Hill assembled a group featuring other young masters—most of them raised in or near Chicago as well—who share his ability to blend virtuosity with a certain sonic rawness. The trumpeter tapped in alto saxophonist Josh Johnson for his highly personal sound and the positive challenges he presents as a frontline partner. “With a lot of players, you can tell they’ve checked out this person or transcribed that musician. When I hear Josh, I hear Josh,” Hill says. “I’m a firm believer that you should have people in your band who push you, and playing with Josh pushes the hell out of me.” In Joel Ross, Hill recruited the most buzzed-about and in-demand vibraphonist/marimbist currently in jazz. For “the young genius,” as Hill calls Ross, the gig marks the achievement of a long-held goal. “I remember Joel coming to shows in Chicago and saying, ‘I wanna be in your band one day,’” Hill recalls. “And his time is now.” Junius Paul, a deft acoustic and electric bassist who focuses on the latter throughout Vol. II, is “like a walking library of music, and when he plays it just all comes out,” Hill says. He has also informed the trumpeter’s composing, in profound ways. “The type of basslines he naturally improvises, I try to mimic those and write the music around them,” he explains. On drums is L.A.’s Jonathan Pinson, whose versatility and willingness to invent seem tailor-made for Hill’s genre-bending music. “He swings hard, and the music comes from that,” Hill says. “But he’s from the hip-hop generation, so he has a limitless number of grooves and beats.”

Of course, a fiercely talented and deeply interactive jazz band is only about half the story on Modern Flows Vol. II. Among the simmering intensity of instrumentals like “The Watcher” and “As I Am,” Hill and company provide elastic, organic backing for some of today’s most incisive spoken-word artists—poets who embody the hip-hop tenets that first attracted Hill to the art form. “I value the truth aspect of hip-hop,” he explains. “I’m a fan of music with a message.” On “Modern Flows II Intro,” emcee Brandon Alexander Williams lays down the project’s mission statement, flowing a through line that connects various corners of black musical culture; on “It Takes a Village,” he meditates on issues of black identity and family.

Chicago’s M’Reld Green does impassioned work on “Prayer for the People,” probing such social problems as gentrification, substance abuse and racial disparities in policing; on “Herstory,” she illuminates the plight of minority mothers, because the media won’t. Another brilliant Chicago wordsmith, King Legend, closes the album with a message of self-empowerment on “Legends Outro III.” Along the way, Vol. II takes additional inspired detours. “Kiss and Tell,” featuring singers Braxton Cook and Rachel Robinson, is a soulful dip into old-school R&B romance. Using a strategy he picked up by studying Count Basie, Hill forgoes any improvised solos on “Stellar,” and instead encourages his band to savor the beautiful melody. A brief but potent exercise in Dilla-esque beatmaking, “Smoke Break” pays tribute to a controversial healing herb—one that can be “necessary to the creative process,” especially for musicians working a 12-hour day in the studio, Hill says, chuckling.

For as long as Hill has been interested in the music of his community, he’s refused to entertain the notion of stylistic barriers. “It comes naturally; that’s the way I hear the music,” he says. “I was raised in a household where my mom played Motown, R&B, Isley Brothers, Barry White, Marvin Gaye… Then I received my first jazz record, by Lee Morgan, and that was added to the collection… I truly believe that the music is all the same.”

Hill grew up on Chicago’s South Side, where he began playing drums in the 4th grade before switching to trumpet in the 5th grade. He attended high school at Kenwood Academy, with its renowned jazz-performance program, and was mentored by Bobby Broom, Willie Pickens, Tito Carrillo and other Chicago greats through the Ravinia Jazz Scholars program. Hill earned his bachelor’s in music education from Northern Illinois University, and did his graduate work at DePaul University. Throughout college he made gigs and sessions around Chicago, jamming with and learning from the likes of Fred Anderson, Ernest Dawkins and Von Freeman, and making a name for himself as a stunningly skilled trumpeter.

By the time he won the Monk competition (and its Concord recording contract) in the fall of 2014, Hill was a known commodity in Midwestern jazz, having played in the Chicago Jazz Orchestra and self-released several projects—including, just weeks prior, Modern Flows EP Vol. I. A move to New York that same year helped him elevate his national profile, as did his Concord Jazz debut of 2016, The Way We Play, a fantastic postmodern standards record. “The groove-laden arrangements provide the perfect soundscape for Hill’s fluid improvisational style, which, with its glass-like lucidity, recalls the crisp elegance of hard-bop stalwart Donald Byrd,” DownBeat commented. Hill has also been a powerhouse sideman for Marcus Miller, Joe Lovano, his trailblazing Chicago peer Makaya McCraven, and other heavyweights.

Modern Flows Vol. II, which Hill is releasing on his Black Unlimited Music Group imprint, is in many ways the definitive statement of his musical life up to this present moment—as a player, composer, bandleader, collaborator and, perhaps most important, as an artist with something to say. “If you look at my past projects, there’s always been some kind of message,” Hill explains. “Because the greatest music, the music that lasts, has some kind of message. That’s what I try to aim for.” 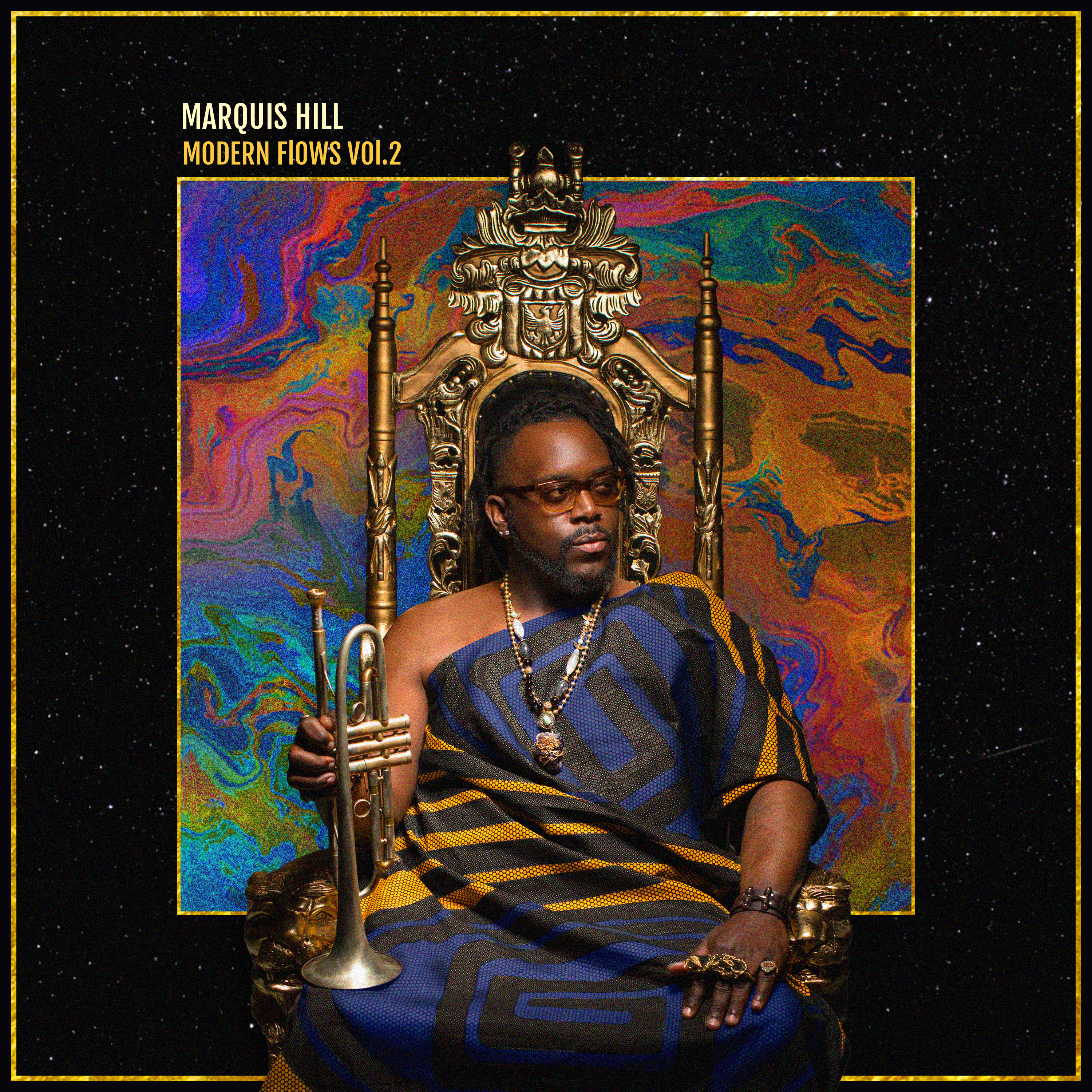