Marcos Valle’s career started with the end of bossa nova. A lifelong surfer, he expertly rode out the final wave of the waning international fad, landing in the U.S. for a short stay before returning to Brazil to continue his career. A proud Carioca (Rio de Janeiro resident), Valle couldn’t stay away from his beloved hometown. This seminal artist is no stranger to Los Angeles, though. Back in the mid-to-late sixties he recorded a solo album (Samba ‘68) and was a featured member of an early, short-lived line-up with Sergio Mendes right before he landed the Brasil ‘66 deal with A&M records. He would try his luck in the U.S. again a decade later, spending a half-dozen years here, mostly in L.A. where he befriended members of Chicago and developed a prolific songwriting partnership with R&B icon Leon Ware. Valle never recorded his own music during those years, though. This historic collaboration with Jazz Is Dead’s Ali Shaheed Muhammad and Adrian Younge marks the first time he has recorded music in the U.S. in nearly 50 years.

Younge and Shaheed Muhammad started by mining Valle’s back catalog for direction and inspiration. Unlike most artists of his stature, Valle is still actively recording and releasing music, but Marcos Valle JID003 is different from all of his others. If spontaneity and improvisation are trademarks of jazz music, then this album stands out in the maestro’s lengthy discography as the closest thing to a jazz album. Valle impressed Shaheed Muhammad with his professionalism and confidence in this new environment with limited time to capture the music: “Marcos is so focused on getting it right. A couple of songs he sat down in the moment and wrote some lyrics about what was actually happening, and that’s how free and open he is.”

Valle’s mellifluous vocals adorn seven of the eight tracks with his wife, Patricia Alvi, adding textures to a few tracks and dueting with Valle on “Viajando Po Aí” (“Travelling Around”), a lush bossa nova layered with synths and guitar, sounding like Stereolab en português. Loren Oden joins Valle in a vocalese duet on the silky-smooth Quiet Storm groove “Gotta Love Again.”  “Não Saia da Praça” (“Don’t Leave the Square”) is bossa with an edge, sounding like an outtake from Valle’s early-‘70s masterpiece Garra. The final two songs wear their references to Valle’s famous collaboration with another Jazz Is Dead featured artist, Azymuth, from their 1973 collaboration, Previsão do Tempo. Swirling synthesizers dominate the dancing instrumental, “Our Train,” and “A Gente Volta Amanhã” (“The People Return Tomorrow”) closes out the album with a moody psychedelic waltz.

Throughout the album Valle sings in his trademark percussive and melodic style (“wa-di-do-bem, ba di da we da bem”), a distinctly Brazilian take on vocalese. Like the sweet and foreign sounds coming out of his mouth, Marcos Valle is able to create an entirely different sound and feel using the exact same palette. “It was really interesting how we can play the same instruments, listen to the same music and Marcos can still have his distinctly Brazilian flavor that we admire so much…and to just hear our influences mix with his and to make something brand new is a dream come true.”

Vinyl and CD available for preorder on Jazzisdead.co, bandcamp or the newly launched Jazz Is Dead subscription service: a three-tiered offering which invites fans to become members, and receive exclusive vinyl, merchandise, content and more. 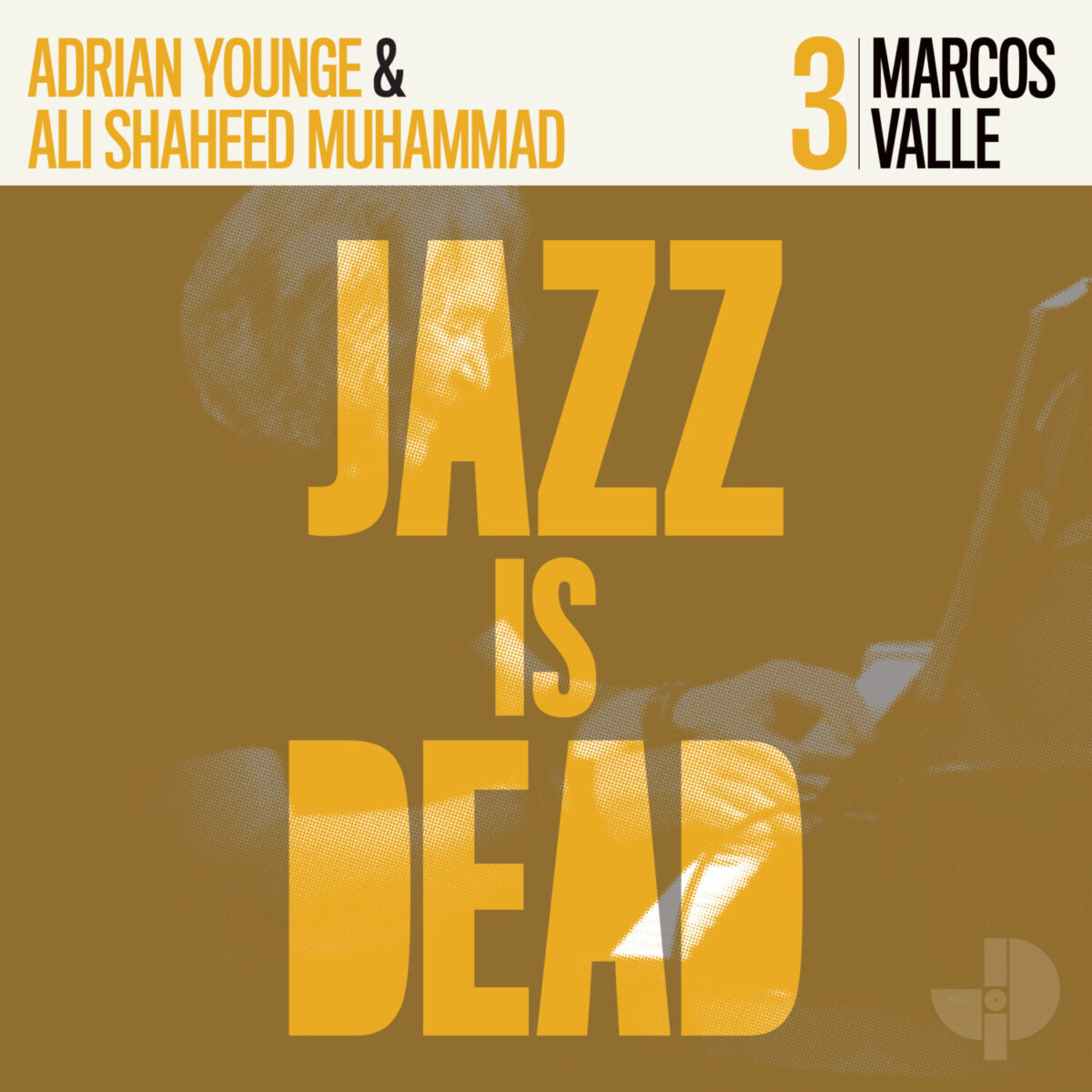