On her new release, Spiritwalker, Haitian-American singer-songwriter Malou Beauvoir communes with and for the spiritual traditions of her island heritage. The album is at once a celebration of the Vaudou spirits that embody and enrich the culture of Haiti, as well as a conveyance of their message of peace and awakening to the world at large.

Beauvoir’s music is a rich blend of Haiti’s folk traditions and a compelling weave of contemporary influences, melding soulful melodies, hip hop grooves and jazz virtuosity. The songs – a blend of original compositions, traditional folk tunes and beloved popular Haitian songs – convey a powerful message of acceptance and community at a time of turmoil in Haiti and polarization around the globe.

“If you have a voice, it’s to be used to communicate for someone or for something,” Beauvoir says. “It’s great to just sing songs, but we (as a group) wanted to focus our art on bringing about change. I wanted these songs that we grew up with – their values, their principles, the ideas behind them –to become hip, to become accessible to the younger generation so that we can use our own identity to express our frustration, and motivate each of us, as individuals, to bring about change.”

Born in Chicago to Haitian parents, Beauvoir was raised in Long Island while spending summers either in Paris, where her parents met, or in their native Haiti. “My father, who desperately loved Haiti, would constantly regale us with stories,” Beauvoir recalls. “Then every summer you would go and find yourself on this beautiful island with a whole community of friends and family, and it was such a different life from New York that it really tempted you to stay.”

Another compelling aspect of Beauvoir’s time in Haiti was the tutelage of her uncle Max Beauvoir, a biochemist and high-ranking Vaudou priest, who ushered her into the island’s profound spiritual traditions. She considers herself a natural Vaudou priestess or mambo, a word that implies an ongoing quest for knowledge in the Vaudou belief system. “We believe that when someone becomes a priest or priestess, it’s the beginning of their journey,” Beauvoir explains. “It’s your invitation by the spirits to learn, to delve and to continue the rest of your life acquiring that knowledge. It has opened the door for me for a lifetime of learning, to cross that threshold and become a chalice to receive – and to give.”

Beauvoir followed a circuitous path on her road to giving back through her music. After studying at the American University in Paris she earned a master’s degree from the University of Hartford and began a successful career in marketing. A rapid ascent up the corporate ladder proved to be far less satisfying spiritually than it was financially, and she decided to pursue a more fulfilling, less secure life in music.

Malou’s muse drew her into the jazz world, where she performed in Paris, Belgium and New York, released three albums and shared the stage or studio with such modern greats as Donny McCaslin, Terrell Stafford and Donald Vega.

The escalating turmoil in her beloved Haiti following the devastating earthquake of 2010 and the further havoc visited on the island by Hurricane Matthew led Beauvoir to connect more directly with the music of her cultural roots. Hearing the voices of the Vaudou spirits in her ear, she decided to convey a message of pride and empowerment to the people of Haiti, while communicating the importance of spiritual awakening and togetherness to an increasingly divided world.

“I was tired of seeing things that started out as spiritual beacons being used by politicians and profiteers to forward divisive political messages and greedy economic causes,” Beauvoir says. “I started with Vaudou, saying these are our roots, this is what gave courage to slaves to revolt against Napoleon’s army and win our freedom; why don’t we dig deep down into our culture, our beliefs, our spirituality, and find the courage now to revolt against what’s going on in our country and in the world. Vaudou is not a well-known religion, but I want people to judge it on what it is, not what it is portrayed to be.”

The material on Spiritwalker stems from a variety of sources. The opening call to arms, “Rasenbleman,” was written by Haitian actress and singer Toto Bissainte, who herself brought together folkloric traditions with the modern music of her day. “Papa Loko,” and “Kouzen” are both traditional songs, the former invoking the spirit of the first Vaudou priest, the latter paying homage to the spirit of the land and the hard work of agriculture. “Yoyo” is a folk song about a Haitian street boy, translated into English by Beauvoir and given a twist of simmering, sultry groove. “Gran Bwa,” inspired by James Germain’s arrangement on “Kreole Mandingue,” pays respect to the ancient and venerable tree god who watches over the forest.

“Nwayé,” titled for the Kreyol version of the French word “to drown,” was co-written by Beauvoir and Beaubrun meditates on the tragedies wrought by hurricanes over the course of Haiti’s history, but more importantly addresses the issue of discrimination against marginalized groups in our society, imploring us to see through the lies and see and accept people for what they truly are. The two also worked together on “Simbi Dlo,” which calls to the Snake Spirit of the river and features the piercing guitar work of Jon Gordon, known for his work with Suzanne Vega and Madonna. Beauvoir’s original “There’s a Man” dates back to the time of her own spiritual awakening, referring to a troubling vision that led to her changing her life for the better. The album ends with a reprise of “Papa Damballah,” a jazz take on the Haitian classic “Papa Damballah” originally recorded for her 2016 album Is This Love and featuring Andy Ezrin (piano), Ben Whitman (durms, percussion), David Finck (bass) and Bobby Mann (guitar).

“Spiritwalker has always been a term that I use to describe myself and all people who are in communication with the spiritual world,” Beauvoir concludes. “I believe that everything in our world has a soul, from the grass to the stones to the air, which all have different energies that find their place and create a balance in the world. Spiritwalker strives to walk in step with the spirits that surround us.” 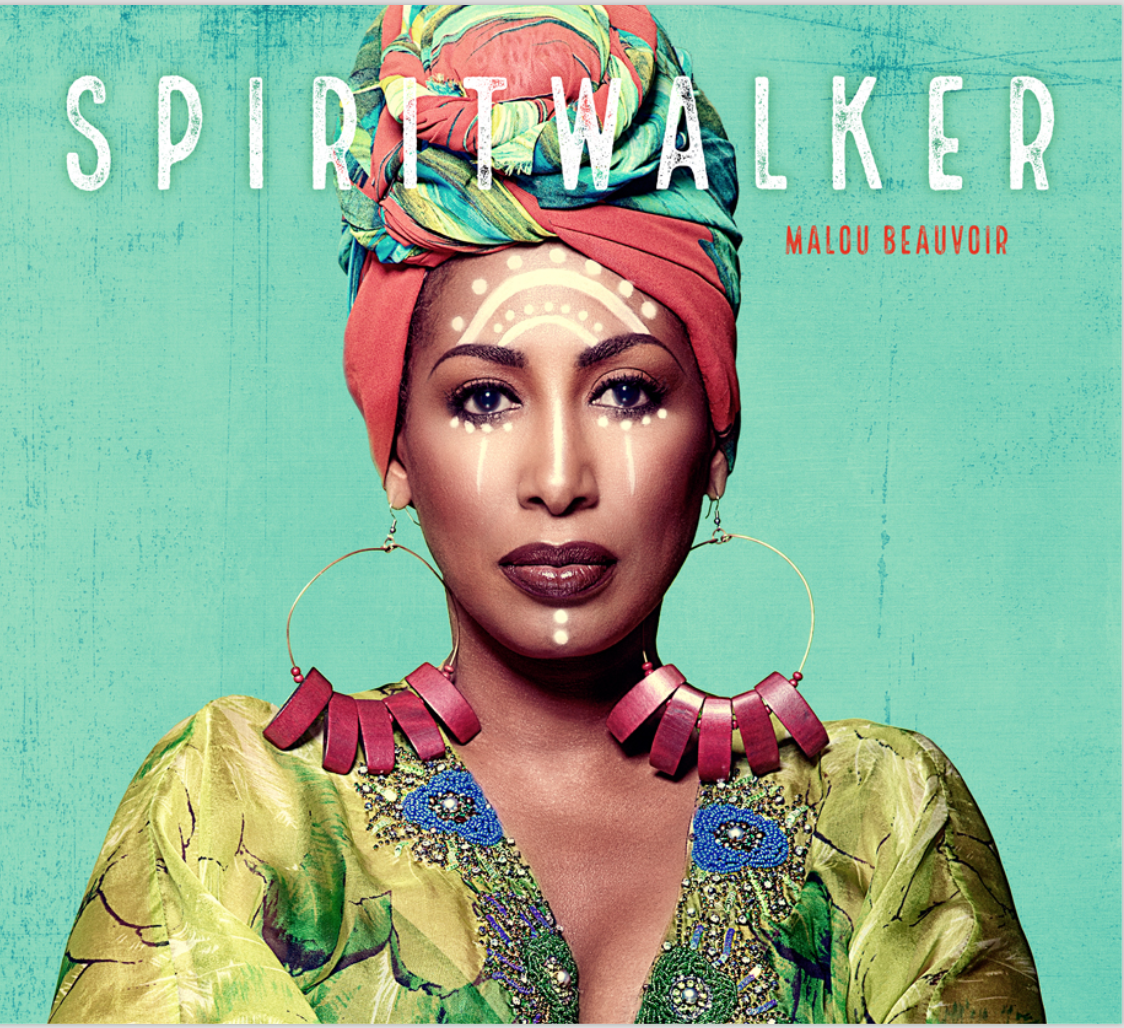