In a personal note that follows the liner notes of her vibrant new album Same Day Delivery: Leslie Pintchik Trio Live (available October 18 via Pintch Hard Records), pianist/composer Leslie Pintchik writes, “In some ways, the release of this album is a happy accident. It was recorded casually—on a Wednesday evening gig at Jazz at Kitano in Manhattan—just so that I might listen back, at my leisure, to the live performance. When I did listen to the recording, it felt like a special evening; we were fortunate to have had a packed house as well as supportive listeners with generous ears, and they obviously spurred us on. The name of the album reflects the relative ease and speed with which the project came together: a ‘Same Day Delivery’ indeed.”

What a pleasure it is to hear this band and material with the energy and enthusiasm of a live audience. As a pianist, Pintchik plays this music with the wit, nuance and beauty her fans have come to expect. Moreover, the trio—with the exceptionally expressive bassist Scott Hardy and the genre-bending drummer Michael Sarin—has been playing together for over eight years, and it shows. The band and music are tight, but also alive and fresh: both cohesive and vibrant, the best of both worlds.

Pintchik’s new recording showcases her gifts as both composer and arranger, and features six of her original tunes and three standards, each one imbued with a singular character and flavor of its own. The wide range of grooves—swing, New Orleans second-line, samba and various Latin-based rhythms—coupled with the wide range of feeling inherent in the tunes inspire the trio to take this vibey material and run with it.

The Jerome Kern/Otto Harbach chestnut “Smoke Gets in Your Eyes” is played as a samba with a recurring hook in a traditional samba rhythm that bookends the melody. A terrific groove—as well as the crowd’s enthusiasm—sets the tone for the evening. Pintchik has suffused the Lerner and Loewe standard “I’ve Grown Accustomed to Her Face” with a deep sense of longing. The poignant melody has been re-harmonized and given an extended form with a repeated ostinato rhythm. The performance of Pintchik’s up-tempo swing tune “There You Go” has great energy and verve, and the group’s fine-tuned hookup makes the trio feel like one instrument.

“I was inspired to play ‘Falling in Love Again’ by Friedrich Hollaender and Sammy Lerner,” Pintchik recalls, “when I heard it sung by Marlene Dietrich in the film The Blue Angel.” The trio achieves a beautifully seated mid-tempo “tipping” groove, both sweet and sparky. “Terse Tune,” an up-tempo minor blues that spans two twelve-bar choruses, has a spare melody, hence its name. Pintchik describes her original as “a brief tune with astringent harmonies that ends not with a bang but a whimper.”

This live version of “Your call will be answered by our next available representative, in the order in which it was received. Please stay on the line; your call is important to us.” captures all the zany comic energy of Pintchik’s original. Pintchik’s tune, “Tumbleweed,” features a Brazilian bossa feel with an underlying hint of afoxé, and is a beautifully relaxed hang. “Let’s Get Lucky” starts life as a low-key samba, then morphs into an R & B groove before returning to the original samba feel and a final drum solo; the groove is the star in this Pintchik original. “I’d Turn Back if I Were You” —an extended blues with a New Orleans second-line groove—takes its name from a sign at the entrance to the Haunted Forest in the classic movie The Wizard of Oz. Pintchik shines on an extroverted, enormously playful solo.

Click here to read a full track by track.

Before embarking on a career in jazz, Leslie Pintchik was a teaching assistant in English literature at Columbia University, where she also received her Master of Philosophy degree in seventeenth-century English literature. She first surfaced on the Manhattan scene in a trio with legendary bassist Red Mitchell at Bradley's, and in the ensuing years Pintchik formed her own trio which performs regularly at New York City and East Coast jazz venues. Pintchik has performed and/or recorded with saxophonists Steve Wilson and Rich Perry, trumpeter Ron Horton, percussionist Satoshi Takeishi, drummers Michael Sarin, Clarence Penn, Mark Ferber, Rogerio Boccato and Keith Copeland, and the accordion player Shoko Nagai. Pintchik’s debut album So Glad To Be Here was released in 2004, followed by Quartets in 2007. In 2010, she released her third record, We’re Here To Listen, as well as a DVD Leslie Pintchik Quartet Live In Concert. Jim Wilke, creator of the nationally syndicated "Jazz After Hours" radio show includedWe're Here To Listen on his "Best CDs of 2010" list. Pintchik’s fourth album, In The Nature Of Things, was released in 2014, and 2016 saw the release of Pintchik’s fifth album, True North. Released in 2018, Pintchik's sixth album You Eat My Food, You Drink My Wine, You Steal My Girl! reached #4 in the country for radio spins on JazzWeek, and also remained in the top 10 for five weeks. Also in 2018, two tracks from Pintchik’s releases were included in the soundtrack of the recently released Orson Welles movieThe Other Side of the Wind. 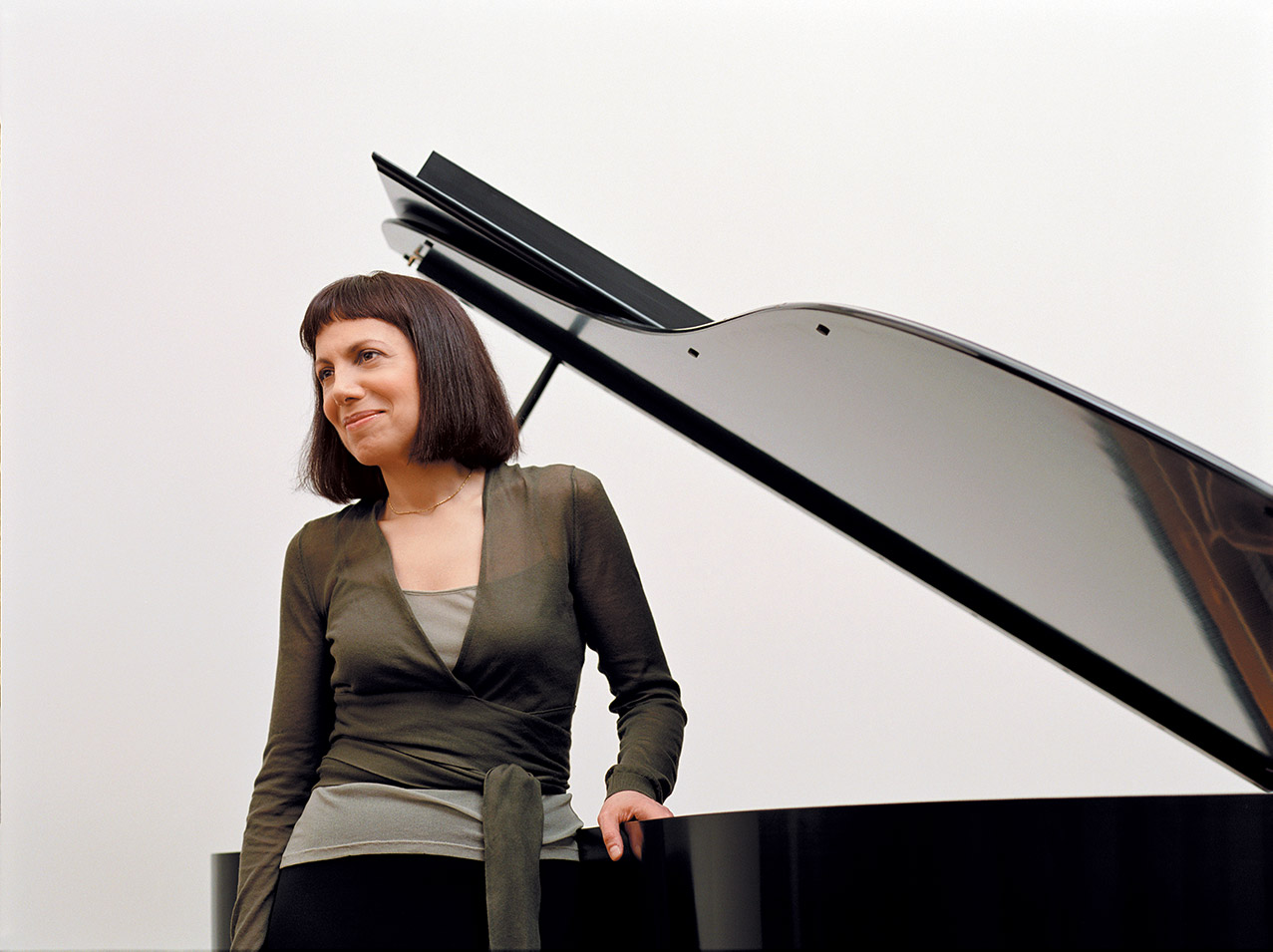 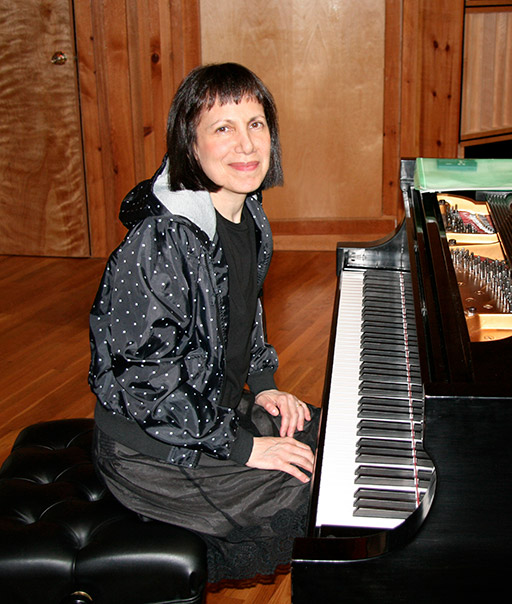 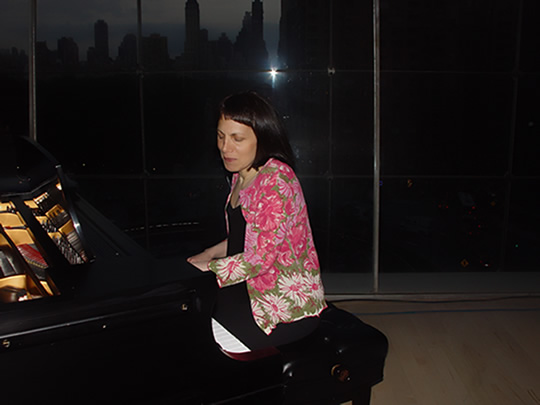 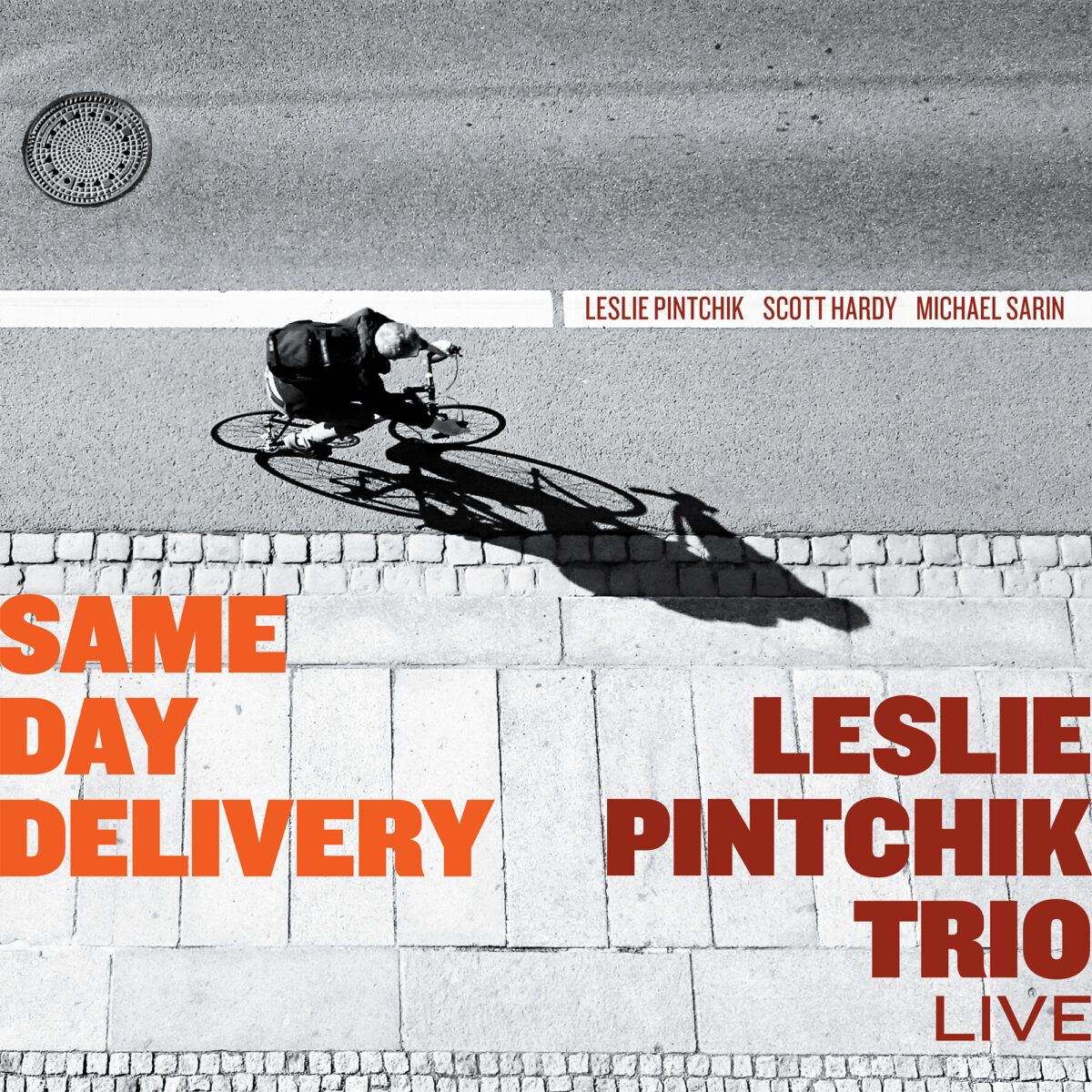