Pianist/composer Kait Dunton has long kept her gaze fixed well beyond the obvious, but as the cover of trioKAIT 2 reveals she and her close-knit bandmates are now set on an even more cosmic vision. Where the trio’s self-titled debut reimagined electronica-influenced jazz for an acoustic piano trio, trioKAIT 2 adds an array of vintage synthesizers and effects to Dunton’s already eclectic sound palette.

Due out May 11, trioKAIT 2 further evolves the collective voice that Dunton and her triomates – electric bassist Cooper Appelt and drummer Jake Reed – have forged together through tireless gigging and a shared open-mindedness during the past few years. A former member of Snarky Puppy during the band’s formative years in Texas, Dunton carries forward the same “family” approach into her own trio. Fittingly for three musicians based in the show biz capital of Los Angeles, where opportunities take a dizzying variety of forms, trioKAIT folds influences from pop, rock, film scoring and other styles into their unique twist on the piano trio.

The addition of electronics into the mix only makes the possibilities that much more endless. “There’s such a wealth of sonic possibility in using synths and effects,” Dunton says. “As a composer I’ve always strived to see how modern I could get the acoustic piano to sound. But at the end of the day it’s still just an acoustic piano – there are inevitably limitations. As soon as I started getting into the world of pedals, I realized how inspiring a sound can be.”

Shockingly given the wide range of sounds she coaxes from her expanded toybox and the finesse with which she uses them, Dunton is still new to the world of effects. Six months prior to recording she was still an acoustic piano purist; the album displays a full spectrum of environments and sonic approaches that finds her venturing down a stunning variety of new creative paths.

Of course, a lifetime of study and experience went into Dunton’s experiments, lending her the instincts to make something innately musical out of each situation, even – sometimes especially – when things didn’t exactly work as expected. “It was so new I didn't have time to worry about whether I was doing it right or not,” she says with a laugh.

In keeping with the album’s celestial theme, the first track is “Re-Entry,” and the feeling is one of burning across a threshold and being thrust into a sudden moment of weightlessness. But with Dunton on the acoustic piano, it’s also an easing back into the sound-world of trioKAIT, exemplifying the group’s knack for infectious melody, bracing groove and intensely locked-in but playful communication.

Things take a turn with the wah wah-tinged Rhodes of “OCD,” a tense, urgent tune that wouldn’t feel out of place scoring a car chase or on one of Herbie Hancock’s soulful ‘70s offerings. “Using the wah pedal, I finally understood why Herbie’s Rhodes sounds different,” Dunton says. “You can’t just turn on a Rhodes and have it sound like Herbie’s. Herbie or Chick would use a wah pedal, and just turning it on adds this frequency in the upper range that makes it pop. On acoustic piano it’s all about touch and tone but you’re not really adjusting the sound like this.”

Touch and tone are at the forefront on “Nude,” which returns to the acoustic setting for a starkly emotional ballad that feels like a baring of the soul. “The Hunch” with its air of mystery and suspicion, gets at the intuitive feeling that something’s not quite right, even if you can’t put your finger on the specifics. It’s followed by a pair of tunes that take the narrative idea into meta territory: “Thematic” is a pulsing synth piece where atmospheric production and, naturally, the dramatic theme take precedence over soloing, while the non-eponymous “Title Track” shimmers in its airy open-endedness, giving Appelt plenty of space in which to roam.

Dunton’s Wurlitzer gives a breezy Yacht Rock feel to “J&J’s,” with Reed gently propelling the beat with a finger-snapping cool. The skewed funk of “Frontier” has a classic ‘80s R&B tune’s ability to compel the listener out of their chair, and Dunton carries that momentum into her ferocious solo.

The only non-original composition on the album is the Leslie Bricusse/Anthony Newley tune “Pure Imagination” -- a perfect choice for a set fueled by inventive dreaming. In trioKAIT’s hands the song becomes untethered from the bounds of gravity, free-floating and wispy as a scattering cloud. “Inner Space” turns the focus inward for a deliberately-paced anthem of self-reflection.

The album nears its close by getting looser and more exploratory. “Outlude” plays with layers of sound, while “Alkibo” cruises on a celebratory groove. “Thanks And Goodnight” is a final, slightly tongue-in-cheek send-off, dancing the trio offstage until the next time the curtain rises.

Kait Dunton is a Los Angeles based composer & pianist with an unconventional approach to composition and to the piano trio, best expressed by her genre-pushing trioKAIT. Together with bassist Cooper Appelt (Kan Wakan, Station Breaks, Robert Davi) and drummer Jake Reed (Bill Holman, Bruce Forman, Mako), trioKAIT brings a modern, tight and groovy sound to the piano trio format, shuffling wide-ranging influences and Kait’s innovative compositions into a refreshingly modern take on instrumental music that is as uncategorizable as it is infectious. Fused together via Kait’s music, the trio melds into a laser-focused single entity that is captivating, playful and exciting. The trio’s self-titled debut, trioKAIT, made the Huffington Post’s list of “The Best Jazz for 2015” and was featured in Downbeat Magazine, while their follow-up collection of idiosyncratic covers, trioKAIT Casual, reached #5 on the Jazz Week radio charts. On her own albums Kait has worked with such jazz masters as Peter Erskine, Bob Mintzer, John Daversa and Darek Oles. Prior to this, she was a member of Snarky Puppy during their formative years in Texas, appearing on their sophomore record, The World is Getting Smaller. 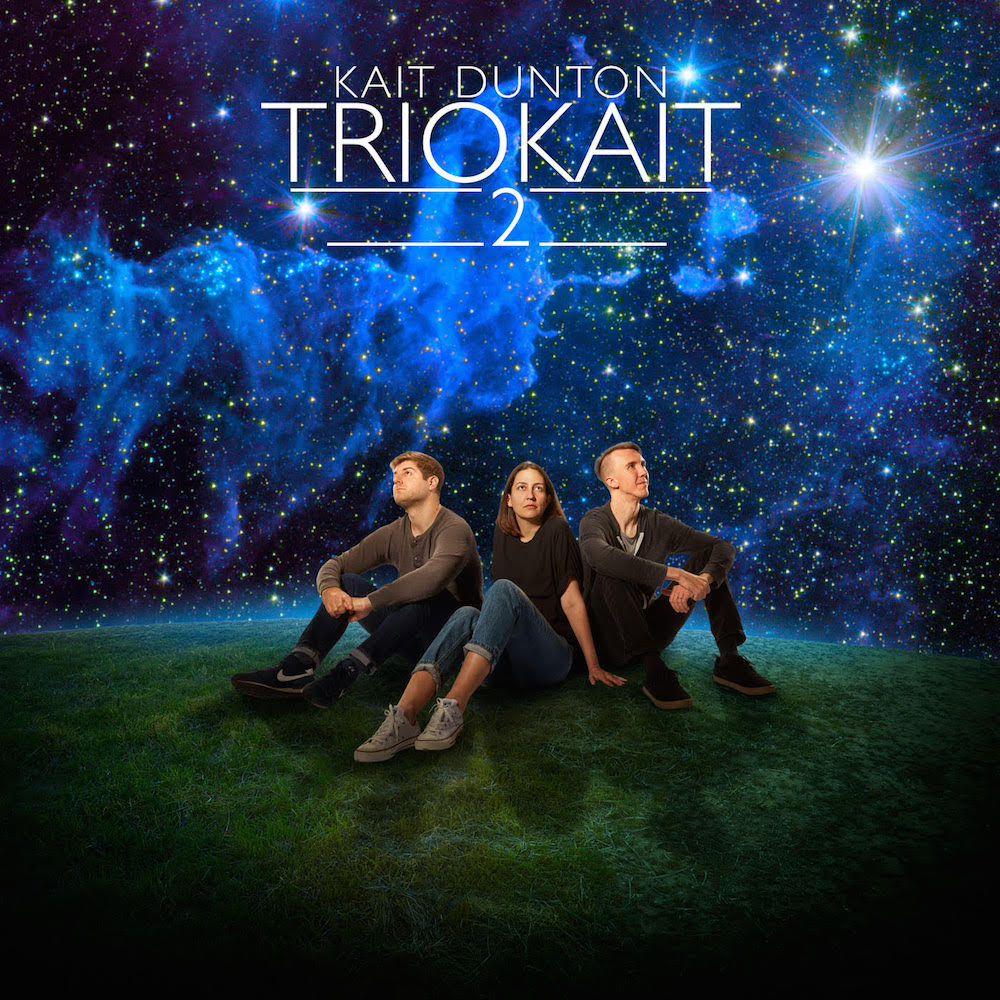