Jorge Rossy makes his leader debut for ECM on vibraphone and marimba, carving out a diversified musical programme in interplay with Robert Landfermann on bass and Jeff Ballard on drums. The Spanish musician’s switch to mallets follows his contribution on drums to guitarist Jakob Bro’s trio with Arve Henriksen on Uma Elmo. Puerta sees Jorge leading his trio through a set of original compositions.

The album’s inception can be traced back to Jorge’s growing interest in the vibraphone, going back over a decade. “With this trio the objective was to leave a lot of space for the instruments to breathe and unfold by playing fewer, essential notes. It is also something I finally felt ready to do, after having played it safe in the comfort of harmonically dense line ups in the past,” explains Jorge. Thus, Puerta proves a collaboration based on an equal footing – each instrument sharing the spotlight to the same degree.

Like his approach as a drummer – formerly the musician’s primary role in any given lineup and most notably so with the first incarnation of the Brad Mehldau Trio – Jorge’s vibraphone elaborations unfold in elegant waves, made up of minimal phrases and poignant vocabulary. His rhythm section responds accordingly. The vibraphonist leaves little up to chance, but instead chooses his lines carefully and with absolute command over his melodic vehicles. “I tend to be a minimalist on vibraphone and marimba, to play few notes and make more use of the space that separates the individual sounds from each other. I was a trumpet player for ten years when I was still quite young. The lessons in melody I learned from that time also translate very well to the vibraphone or to the marimba.”

Accordingly, Puerta finds Jorge sculpting clear melodies around jaunty vamps at gentle speed, alternatingly interrupted or accompanied by inspired sidemen who inject the music with their own signatures. “Jeff and Robert capture the essence of my tunes so well, and at the same time I think they feel very comfortable to be themselves” notes Jorge, “for this trio I knew I needed more than just a rhythm section. I needed three soloists in order for it to be a completely balanced affair.”

Three-time swinging “Post-Catholic Waltz,” “Ventana” and “Maybe Tuesday” – based on George Gershwin’s “The Man I love” – offer a rare glimpse at the trio’s more traditional layout, treating the listener to deft walking bass workouts and nimble solos to a fleeting pulse. Elsewhere, Jorge and his cohorts engage in inventive exchanges that – while maintaining the underlying melodic themes as the main priority – expand on rhythmic and textural impulsions. On “S.T.,” “Scilla e Cariddi” and “Tainos,” Jorge opts for the marimba and lets the instrument’s earthy, wooden textures unwind in frames of varying arco and pizzicato bass accompaniment and Jeff Ballard’s percussive cymbal mist. “Cargols” – the sole track in this set that wasn’t written by Jorge but by Chris Cheek – provides a mid-tempo groove for Jorge and Robert’s solos. With “Adagio,” the programme is rounded off by a rubato ballad – an exercise in quiet improvisation that finds appropriate contrast in the blunt tango “Adiós”.

Jorge came up with the title track to Puerta at a crossroads in his life: “It was like a premonition – intuitive; I wrote ‘Puerta’ in a hotel in London right before the third to last gig that I played with Brad [Mehldau]. At this point, we hadn’t talked about me leaving the band yet, but I had started to feel like it was time to move on. ‘Puerta’ is Spanish for ‘door’. I think I was subconsciously already thinking about opening up a new one in order to enter a new phase, a new chapter.”

The album, Puerta, too works like a door, opening to an exciting perspective on one of today’s most gifted and versatile musicians.

Jeff Ballard’s prior recordings on ECM include his work with the Fly trio, alongside Mark Turner and Larry Grenadier, on albums Sky & Country and Year of the Snake. Puerta represents Robert Landfermann first record with the label.

Puerta was recorded at Jazz Campus Basel in September 2020. 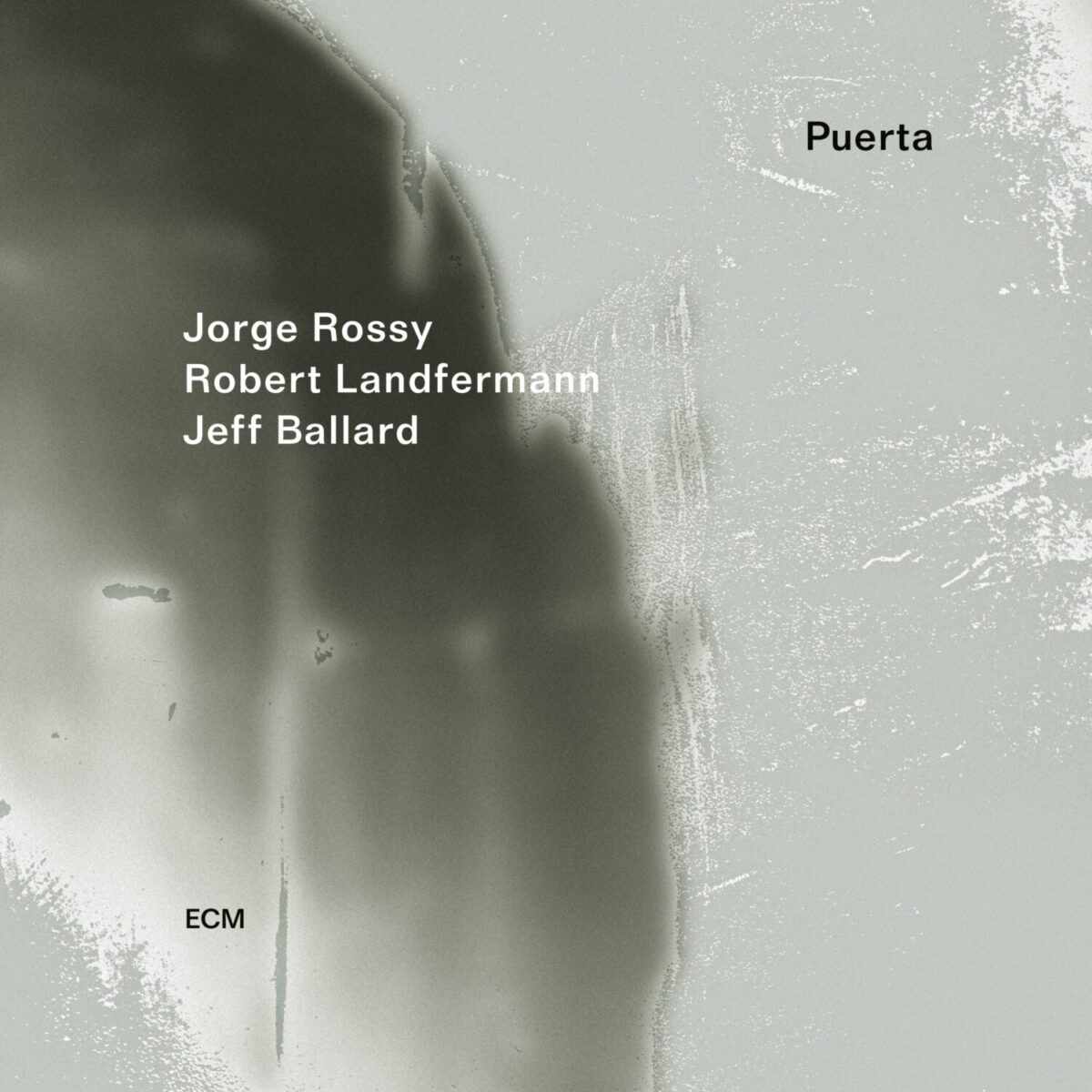